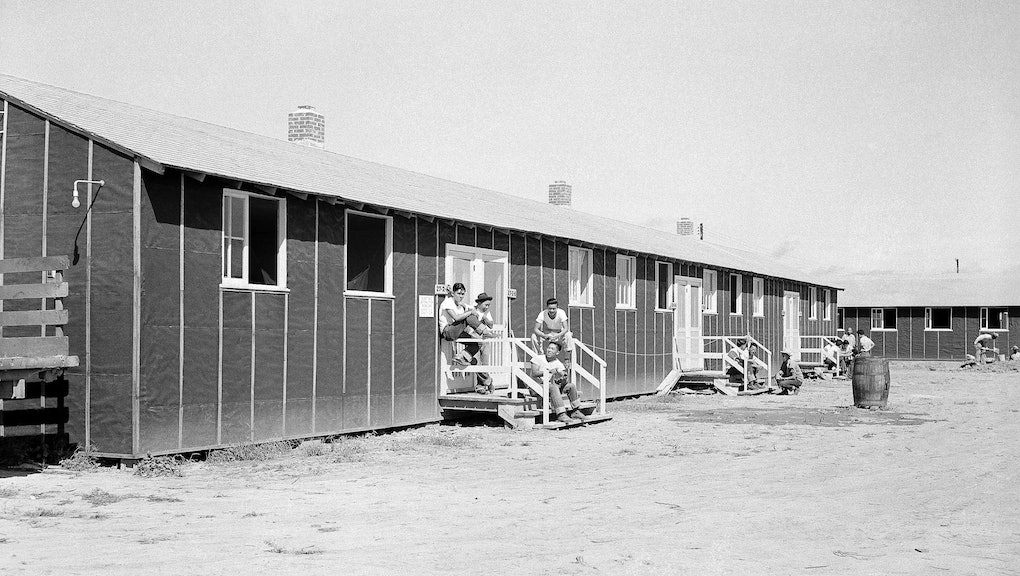 The debate around Charleston and the Confederate battle flag has forced the topic of racial trauma into daily conversation. How fitting, then, that the Pentagon was called out for its own contribution to our racist history on the same day South Carolina Gov. Nikki Haley called for the flag's removal from the State House.

World War II was ugly for soldiers of color. The atrocities they witnessed were rivaled only by their degradation at the hands of their commanders — forced segregation, confinement to menial tasks like cooking and cleaning for white soldiers and unpleasant work like burying the dead.

But NPR has uncovered another function they served: Determining how the human body reacts when put in contact with mustard gas.

When discrimination is part of service: After a long investigation, NPR reports that black, Puerto Rican and Japanese-American soldiers were part of a Pentagon program, made public in the early 1990s, wherein 60,000 enlisted men were experimented upon to see how the chemical impacted them physically. White soldiers were experimented upon as well, but they served as control subjects, NPR found: "Their reactions were used to establish what was 'normal,' and then compared to the minority troops."

Susan Matsumoto, whose husband, Tom, was a Japanese-American subject in the experiments, told NPR that her husband "was OK with the testing because he felt it would help 'prove he was a good United States citizen.'" (Tom died from pneumonia in 2004.)

NPR adds that at least one researcher believes the segregated testing of black, Puerto Rican and Japanese-American soldiers may have been used in a search for an "ideal chemical soldier" — a racial group that could be deployed on the front lines during combat to absorb chemical attacks while white soldiers hung back and waited.

Testing on Japanese-American soldiers was also used to project how a U.S. mustard gas attack might impact Japanese forces.

The chemical testing incorporated three methods. According to NPR, these were "Patch tests, where liquid mustard gas was applied directly onto test subjects' skin; field tests, where subjects were exposed to gas outdoors in simulated combat settings; and chamber tests, where men were locked inside gas chambers while mustard gas was piped inside."

These experiments aren't as far behind us as we might want to believe. Some of their victims are still alive today. One — 93-year-old Rollins Edwards of Summerville, South Carolina — used to carry around a jar of his own peeled skin, which still flakes off more than 70 years after the experiments, to prove to people what happened to him.

The Pentagon has acknowledged these experiments and insisted that the Department of Defense would never perform them today. But their survivors testify to a persistently relevant fact:

Even the forms of racism we thought we left behind are still here to haunt us. Just because we don't see them every day doesn't mean they aren't there.