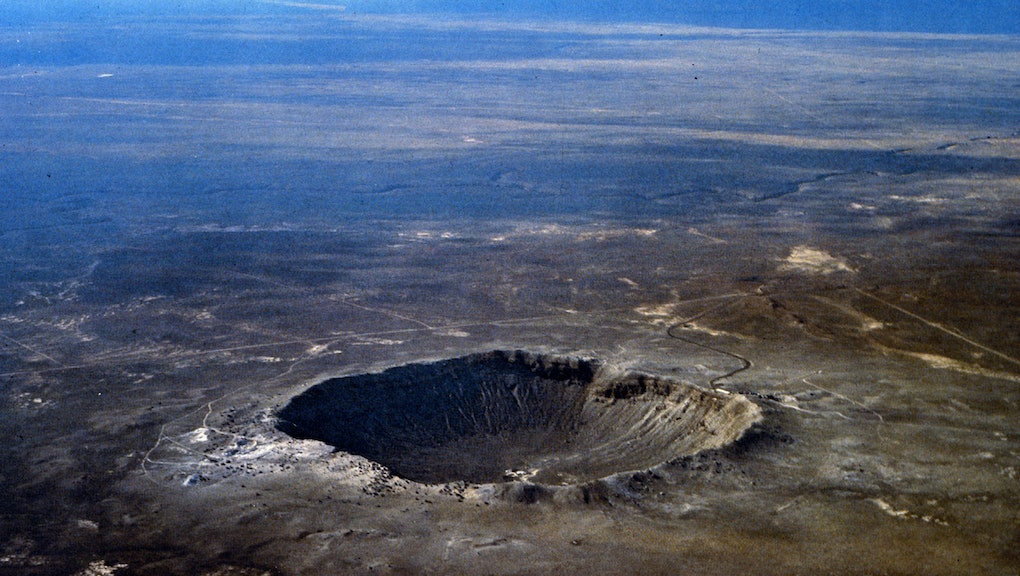 Scientists Gauge How Fast Earth's Ecosystems Are Dying, and It's Not Looking Good for Us

Planet Earth is dying all around us on a scale not seen since the annihilation of the dinosaurs.

That's the alarming finding of a new study on extinction rates recently published in Science Advances, which has estimated the Earth's biodiversity is very likely being eradicated at a pace not seen in at least 65 million years. The research suggests the planet is currently undergoing the sixth mass extinction event in its 3.5-billion-year history of life.

This is a crisis: According to the authors, Earth's ecosphere is on the precipice of an epoch on the scale of the Cretaceous-Palogene extinction event, when scientists believe an asteroid impact wiped out at least 75% of all existing species on the planet.

The research team compared modern and historical estimates of extinction rates and estimated ongoing vertebrate die-off is happening at between eight to 100 times or more the natural rate of species loss. Study co-author and Stanford University biology professor Paul Ehrlich told Mic via e-mail the principle culprits were human "reproduction, consumption in general and especially agriculture, leading to habitat destruction, burning of fossil fuels [and] spreading of toxic chemicals."

It's happening rapidly. The researchers concluded the mammal and vertebrate extinctions of the past century alone would match somewhere between 800 and 10,000 years of extinctions without human acceleration.

Why you should care: The last time Earth's biodiversity dropped so rapidly, it was the kind of bad news that makes historical catastrophes like World War II or the Black Death look like picnics. A separate WWF survey released in September 2014 concluded worldwide vertebrate populations have dropped by 52% since the year 1970, with the primary causes shown below:

"If the currently elevated extinction pace is allowed to continue, humans will soon (in as little as three human lifetimes) be deprived of many biodiversity benefits," according to the study. "On human time scales, this loss would be effectively permanent. In the aftermath of past mass extinctions, the living world took hundreds of thousands to millions of years to rediversify."

Ehrlich told Mic crisis could only be averted by "reduction in the scale of human enterprise," such as efforts to halt population growth, end fossil fuel use and reduce overconsumption by the world's rich.

"We're sawing off the limb we're sitting on," he said.

Without finding some way to reverse our unsustainable use of the world's resources, humanity could soon be living on a planet stripped of much of its biodiversity — and that's not even considering the potentially devastating effects of global climate change, which has only recently started to really kick into gear. Humanity, hold onto your butts. It's going to be a bumpy ride.