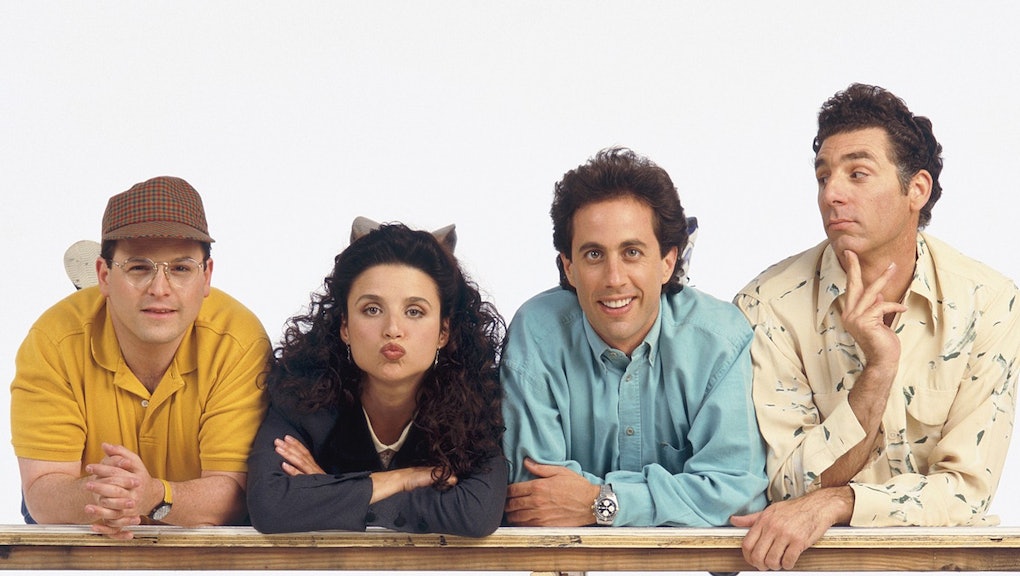 Every episode of Seinfeld available to stream now? Could it be real?

Get ready to believe.

As of Wednesday morning, all 180 episodes of Seinfeld are available to stream on Hulu. If you're a subscriber — it costs $8 a month — you can start bingeing right this second. It's part of a deal announced in April that reportedly cost Hulu upwards of $180 million. That's a million dollars an episode; really makes that $8 monthly fee look all the cheaper.

Which episodes should be watched first, though? Which ones are the true classics? To help you decide, we've collected some of the Seinfeld team's favorite episodes from over the years.

On another show, an entire episode about a loaf of rye bread would fall flat. Seinfeld is not another show. Yet that's not what made "The Rye" one of Jerry Seinfeld's favorites to film, according to a Reddit AMA he did in 2014. That was about their chance to film on Paramount's set, which made the team feel like they were working on "a real TV show."

"We had this idea of a marble rye and we had to shoot it in an outdoor set, and this was a very expensive thing to do," Seinfeld wrote. "Their standing set for New York looks exactly like it, and we thought, 'This is where the adult shows are, the real shows, like Murphy Brown.' We felt like we were a weird little orphan show. So that was a big deal for us."

"The Chinese Restaurant" was originally supposed to come earlier in Seinfeld's run, but NBC's fears delayed it until mid-season two. As creator Larry David told Rolling Stone in a July 2014 interview, the network said they wanted no more episodes like it.

"It took place in real time, as you know," David said of the episode all about waiting for a table at a restaurant. "There was just something funny to me about just what happens when you wait for a table because you're still hungry, and there's so many things going on, it's very anxiety-producing."

As the Rolling Stone interview noted, "The Chinese Restaurant" was a major landmark for the show increasingly comfortable with being about nothing.

Another of Seinfeld's favorites to film, though for a much more plot-relevant reason. The episode is structured almost like a circle: Kramer (Michael Richards) complains about running over an abandoned sewing machine, then adopts a stretch of the highway. His redesign of his stretch leads to driver confusion. Driving across it, Elaine (Julia Louis-Dreyfus) accidentally drops an old sewing machine — leading to the episode's spectacular finale, when Newman (Wayne Knight) ran over the machine, causing his truck to catch on fire.

"It was really fun to shoot, and it was fun to set Newman on fire," Seinfeld shared in the AMA. "And he screamed 'Oh, the humanity,' like from the Hindenberg disaster. It's one of my favorites."

"It's the one that really changed the fortunes of the show," Alexander said in an interview. "We had started to do well that season, but when that show aired ... it became the thing to talk about, and it cemented the future of the show."

It's remembered as influential for good reason: "The Contest" won several awards, launching Seinfeld into the stratosphere of success.