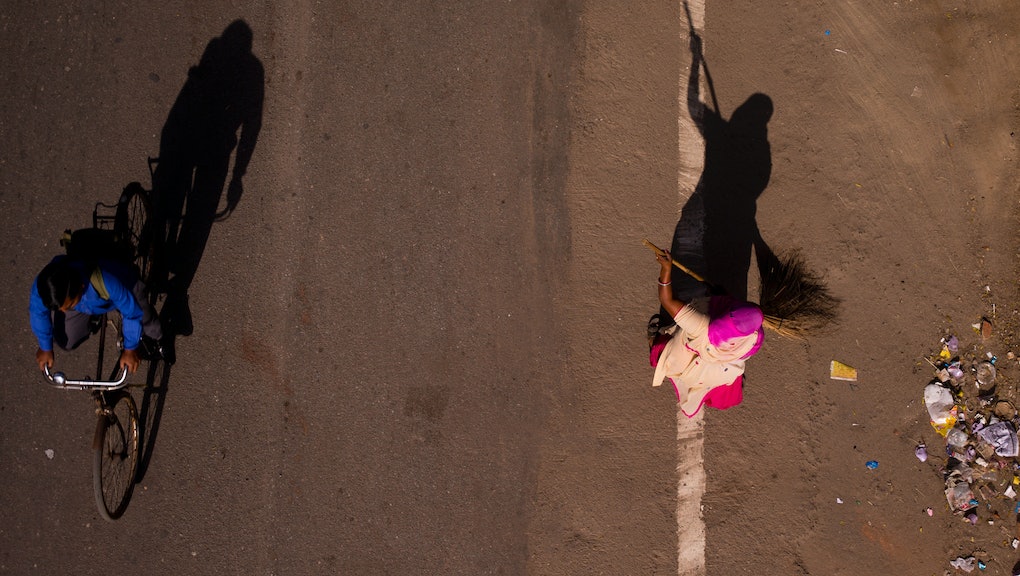 Every 22 minutes, a woman in India is raped.

That's just the documented cases. In reality, the number is likely even higher as even Indian politicians concede most cases probably go unreported.

But two engineers, with the help of the charity Jagori, are trying to change that with their new mobile app, Safetipin, which crowdsources the safest routes in any given city.

The founders, Kalpana Viswanath and Ashish Basu, an engineer and entrepreneur respectively, have compatible interests. As a woman in India, Viswanath has long been an advocate for women's rights, and Basu has a professional background in mobile technology.

"Safetipin empowers people through crowdsourcing to get involved, and stand up to say 'no more,'" their website reads. "This conceptual and technological breakthrough combines activism, audits and storytelling to push for social change." The app has become so popular, what started in Delhi is now spreading internationally.

So, how does it work? Think of it like Waze, but for sexual assault.

The app locates the user's phone via GPS or by manually entering an address. Then, when the user's intended destination appears on the screen, she simply taps on a location (a street or a building, for example) and the app pulls up a safety score out of five, based on reviews from other users.

Users can also go to the neighborhood's "wall," on which fellow users review and report the exact address or street where they had a bad or good "feeling," experienced harassment or where safety audits have been completed. A safety audit assesses a number of variables, including street lighting, crowds, availability to public transport and gender diversity.

Those who use the app can also track each other to ensure if a friend made it home or, if not, know exactly where they are. In a time of crisis, users can also hit an "emergency" button, which will display the safest route to the closest establishment with safety information or services.

Given the epidemic of sexual harassment and violence, this app has the potential to literally transform lives, with the ability to save women from being raped, attacked or harassed. The fact that it's used all over the world shows there is a demand and that many women, clearly, do not feel safe in public spaces.

Part of a larger initiative. Safetipin is part of the U.N. Women's Safe Cities Global Initiative, one among thousands of different projects around the world.

"Women and girls experience and fear various types of sexual violence in public spaces, from sexual harassment to sexual assault, including rape and femicide. It happens on streets, public transport and parks, in and around schools," the initiative explains. "This reality reduces women's and girls' freedom of movement. It reduces their ability to participate in school, work and in public life."

Harassment of women is very much a problem everywhere, but it is often felt most acutely in the developing world, where women tend to be more marginalized. This app can empower women and make them feel more in control of public spaces and how to navigate them.

"The visibility is crucial. Public space is considered a space for men and boys only," Madhumita Das, a senior technical specialist at the International Center for Research on Women, previously told Mic. "We talk about creating safe spaces for girls, but until you claim these spaces, you won't feel empowered."

What makes Safetipin so powerful is that it allows women to reclaim spaces that have otherwise been inaccessible to them. The process of doing so through supporting one another via warnings and shared information in the app makes it all the more empowering.