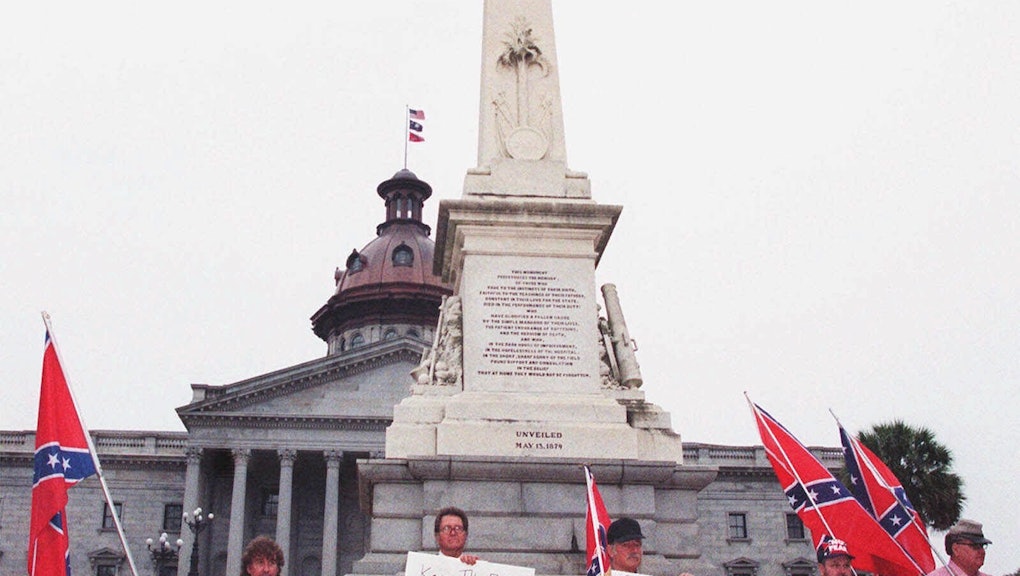 Dylann Roof, the 21-year-old white male who massacred nine black people at Charleston, South Carolina's Emanuel African Methodist Episcopal Church in a racially motivated hate crime, said in his manifesto that he was influenced by the white nationalist group Council of Conservative Citizens.

The CCC is registered by the Internal Revenue Service as a 501(c)(4) nonprofit, which means it is subsidized by the government through tax exemptions and is meant "for the promotion of social welfare."

"I have never been the same since that day," Roof wrote after he saw the CCC's website. "There were pages upon pages of these brutal black-on-White murders. I was in disbelief. At this moment, I realized that something was very wrong. How could the news be blowing up the Trayvon Martin case while hundreds of these black-on-White murders got ignored?"

Roof, in his own words, was inspired to act as he did because of the CCC and similar organizations, which fostered his hatred of African-Americans.

A social welfare organization? According to their own website, the council is based on the philosophy that the United States should be composed only of white people, that there should be no interracial relationships and that homosexuals should be banned.

"The American people and government should remain European in their composition and character," the CCC states. "We oppose all efforts by the state and other powers to weaken the structure of the American family through toleration of sexual licentiousness, homosexuality and other perversions, mixture of the races."

These are the words of an organization which has been classified by the government as a social welfare organization, operating "primarily to further the common good and general welfare of the people," as defined by the IRS.

Their hatred of blacks goes back a long way. The Southern Poverty Law Center argues the CCC is the latest iteration of a group originally created to stop integration. "The Council of Conservative Citizens is the modern reincarnation of the old White Citizens Councils, which were formed in the 1950s and 1960s to battle school desegregation in the South," the SPLC writes.

The SPLC describes the CCC as "a hate group that routinely denigrated blacks as 'genetically inferior.'"

The very existence of such a group explains part of America's problem with race relations, but the fact that it's subsidized by the government and defined as promoting social welfare exposes a problem on an entirely different level.