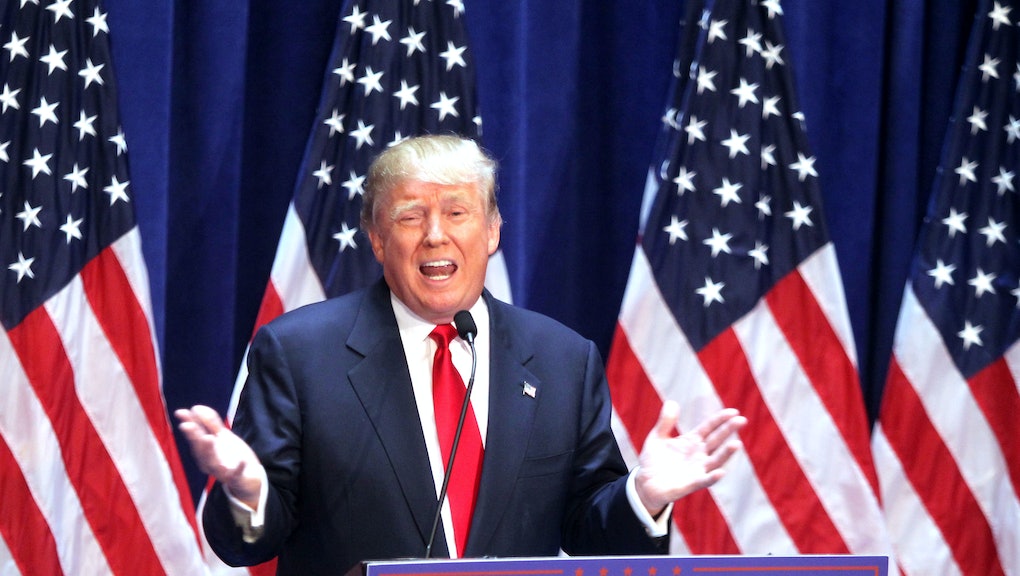 Amid all the other news that has consumed the last week, one could be forgiven for forgetting about about Donald Trump and the Republican primary presidential race he's joined.

One woman who did not forget, however, was Adriana Almanza. After Trump went on at length in his campaign announcement about the threat of Mexican rapists and Mexican-related crime, 28-year-old Mexican-American Almanza penned a powerful open letter to the billionaire on her Facebook page.

What followed was a takedown of Apprentice-level proportions.

"I'd like to take a minute to introduce you to my father, Raul Almanza. As you so eloquently put it, he is one of the many that Mexico 'sends' to this country," she began. "It is no secret that he came here undocumented, unauthorized, or 'illegal' as you call it. He worked his ass off in the fields, traveling from state to state to find work. He helped provide for his parents and nine siblings back home. And when I was born, he no longer held the title of just a son, brother, provider and migrant worker — he finally earned the title of Father."

To Trump's implication that Mexicans who came to the U.S. weren't "the best" the country had to offer and were dangerous, bringing crime and drugs, Almanza offered the following:

"My dad has worked 5 to 6 days a week since I was a child and I've never heard him complain about it one time. He doesn't drink. He doesn't use drugs. He is certainly not a criminal, rapist or drug trafficker, as your speech suggested... If my dad is any representation of the type of people Mexico 'sends,' there is no doubt in my mind this country is getting the best. The problem is that you and I have a different definition of 'the best.'"

Then, perhaps as a jab at Trump's decision to spend much of his campaign speech waxing about his own fortune, Almanza drew the distinctions between them. "The best, to me, are those that work hard and still remain humble. That is exactly what my father embodies; that is exactly what the other millions of Mexicans embody."

The post has gone mega-viral since it was uploaded Monday, garnerings over 100,000 shares and nearly 200,000 likes on Facebook.

While it can sometimes be hard to take Trump seriously, his presidential aspirations and billion-dollar war chest require that attention be paid. Now that he will have a national platform and likely be a contender in the upcoming Republican presidential debates, his views and opinions on every issue have the potential to change the conversation. With his long history of over-the-top, inflammatory language, once Trump may have gotten away with sweeping and offensive generalizations about Mexican people. Not anymore.