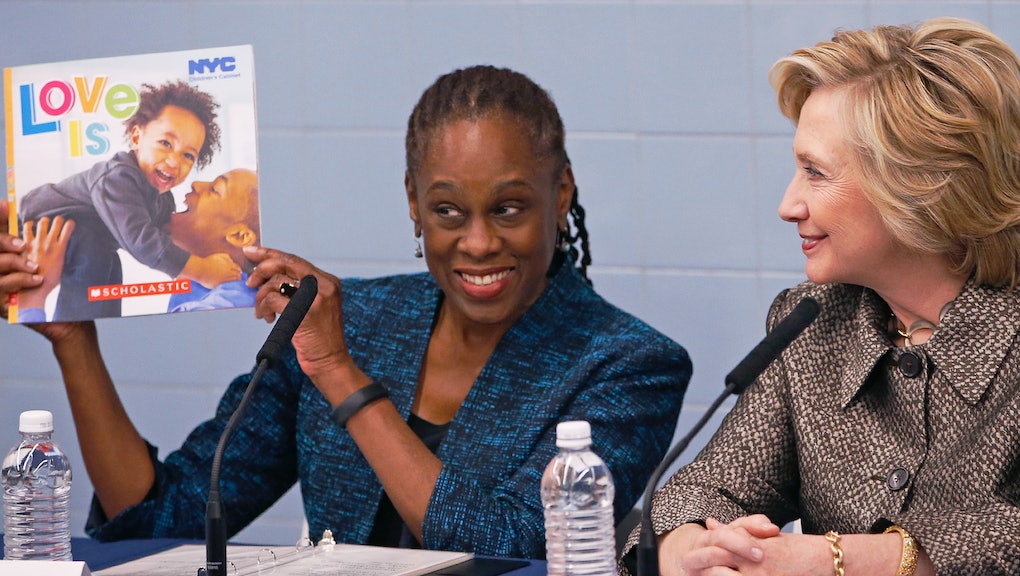 Despite Fox News' protestations, it turns out having a working mother is good for the kids.

A recent Harvard Business School working paper found that employed mothers are more likely to raise daughters with greater professional success and sons who are more caring than children with stay-at-home moms.

Using data from 24 countries spanning back to 2002, the researchers discovered adult daughters of mothers who worked not only had a greater chance of being employed themselves, but also of holding a supervisory position and earning more than daughters with mothers who stayed at home. They're also likely to work longer hours and do less housework.

As for the sons, adult men of employed mothers are more likely to care for their families and participate in household chores. The study also discovered both the sons and daughters of working moms had much more gender-equal attitudes than children with mothers who were at home full-time.

The end of civilization. According to guest Gavin McInnes on Sean Hannity's Hannity on Fox News, women are less ambitious and are foreordained to stay at home. Ultimately, that is where they are happiest, he mansplained  in a segment last month:

Real feminism involves supporting housewives and "women who work are wasting their time." Stay-at-home mothers espouse good values and are better for society as a whole, according to this segment on Hannity. The eponymous host encourages this line of argument with his lack of interjections and by chuckling along.

It logically follows, then, that mothers who go to work are upsetting the natural order of things. Aside from women's inevitable unhappiness, allowing mothers to work is going against divine will. However, unfortunately for Hannity and his guests, the HBS working paper finds working mothers actually help produce a more egalitarian society.

"Our findings reveal the potential for nontraditional gender role models to gradually erode gender inequality in homes and labor markets," the authors of the paper write. There are larger implications, therefore, for employing women with children, as they can shift social dynamics.

What does this all mean? Some of the study's findings didn't produce dramatic results: For example, daughters of working mothers are only 4.5% more likely to be employed than other women. But the statistical likelihood all these results are right is more than 99%.

This means the potential positive impact of working mothers on their sons and daughters is a near certainty. If mothers who are employed are more likely to produce people who contribute more to the workforce and have gender-equal attitudes, supporting working women with children can literally boost the economy, not to mention promote equality.

It looks like working mothers aren't undermining society, after all. They're actually making it better.