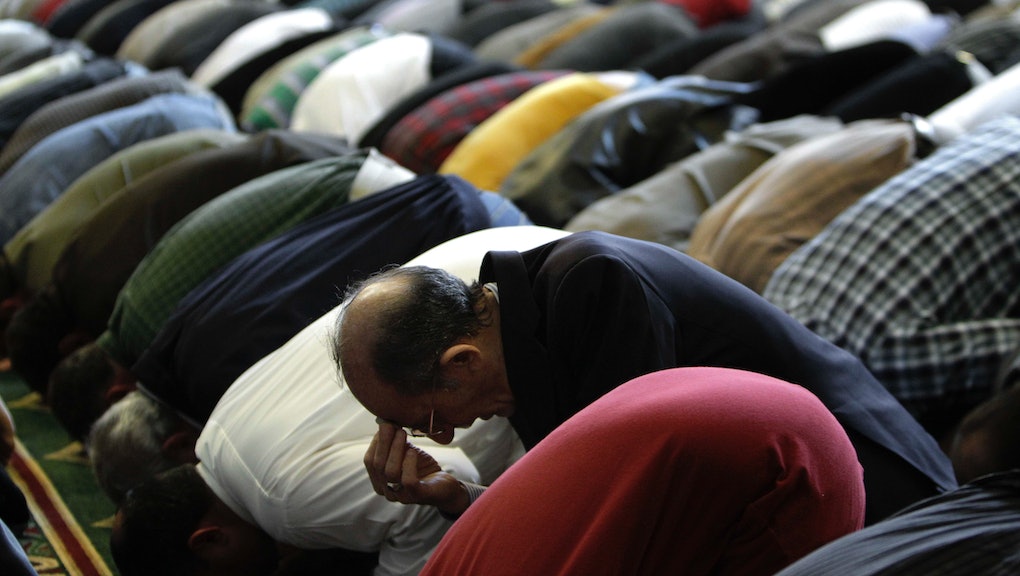 Shut it down, Fox News: Since September 11, 2001, nearly twice as many people have been killed on American soil by non-Muslim terrorists than by Muslim terrorists, the New York Times reports.

According to a revised count by the Washington research center New America, white supremacists, neo-Nazis and homegrown extremists have killed 48 people in the U.S. in 19 attacks in the past 14 years. Muslim jihadists, on the other hand, have killed 26 in seven attacks. The disparity begs a certain question: "Why aren't more white people being 'randomly' searched at airports?"

These numbers will likely surprise anyone whose concept of "terrorism" is limited to brown people with beards. But here's who isn't surprised: the police. The Times reports that a soon-to-be-released Duke University and University of North Carolina survey found that 74% of 382 police and sheriff's departments around the country ranked "antigovernment violence" among their jurisdiction's three biggest threats of violent extremism. Only 39% listed "al-Qaida-inspired violence."

So why aren't more random white neighborhoods being subject to multi-year police surveillance campaigns and attempted infiltration? Why aren't we asking all white people to apologize every time a white person commits an act of mass murder?

Part of it may stem from America's narrow conception of "terror." When neo-Nazi Wade Michael Page killed six people at a Sikh Temple in Oak Creek, Wisconsin in 2012, news coverage at the time rarely referred to him as a "terrorist." The same thing happened when neo-Nazi couple Jerad and Amanda Miller killed two police officers in Las Vegas last year and left on their bodies a swastika and a note that read, "This is the start of the revolution," according to the Times.

As Mic has written about at length, the racial biases inherent to who we're willing to call "terrorists" have become increasingly apparent. The massacre of nine black parishioners by a white terrorist at Charleston, South Carolina's Emanuel African Methodist Episcopal Church last week is only the latest iteration of this evolving conversation.

It's time we finally address our country's actual terrorist threat.