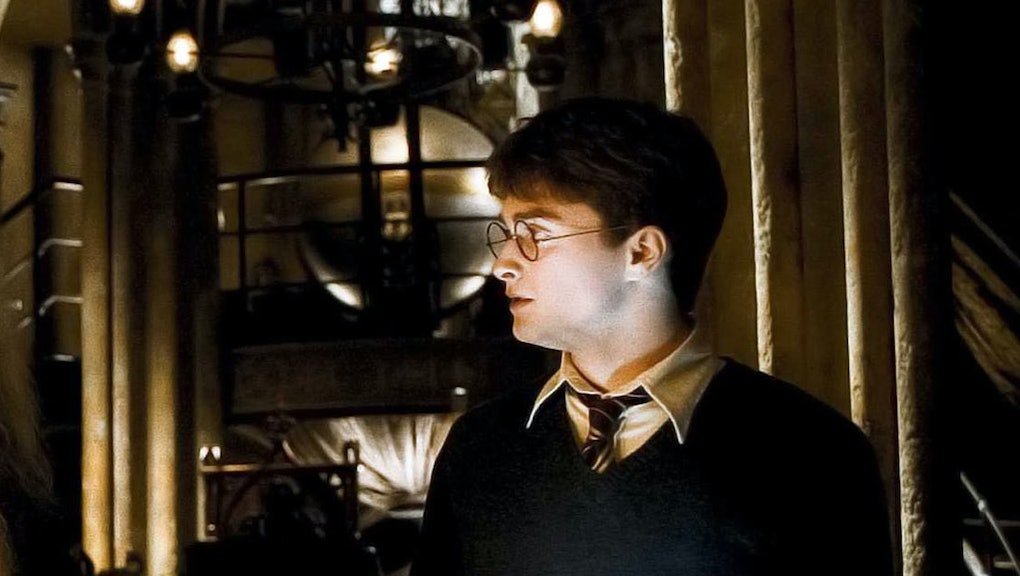 Adored author and constant canon modifier J.K. Rowling has had a busy week. She's been dropping tiny bits of information about the Wizarding World all over Harry Potter expanded universe site Pottermore.

The tidbits came as part of the launch of the site's newest content, tagged to the series' final book, Harry Potter and the Deathly Hallows. What did Rowling decide to share? It's mostly been trivia, though even just a few drops help flesh out the world of Harry Potter as we know it. Here are four in particular that intrigue us.

1. Vernon Dursley and James Potter didn't get along

As the Independent noted, when Harry Potter's father James first met his wife's sister's fiancee, Vernon, things didn't go well. The wizard was a bit too playful with his words — talking about his broom when Vernon asked about his car, for instance — and the Muggle was quickly frustrated.

"Vernon could not tell whether he was being made fun of or not, and grew angry," Rowling wrote. "The evening ended with Vernon and Petunia storming out of the restaurant, while Lily burst into tears and James (a little ashamed of himself) promised to make things up with Vernon at the earliest opportunity."

That's why Vernon isn't a fan of Harry, Rowling explained; it relates to his resemblance to his father.

2. Petunia Dursley almost had a change of heart

The other Dursley, Harry's Aunt Petunia, was originally supposed to have something of a redemption at the end of Deathly Hallows. However, as Time pointed out, Rowling decided against it, preferring to have her "behave in a way that is most consistent with her thoughts and feelings throughout the previous seven books."

Incidentally, Harry's aunt's name has roots in Rowling's childhood. Petunia is what she would name "unpleasant characters" when she'd play games with imaginary friends as a kid.

3. Hermione had to break the law in Deathly Hallows

The normally straight-laced Hermione had to break the law in a big way in Deathly Hallows — but it was for a good reason. According to Rowling (and as noted by Time), the Extension Charm Hermione cast on her bag in the final book is an illegal spell. The charm is used to store as much as possible when she, Harry and Ron run away to hunt down Voldemort's Horcruxes.

Hermione will be fine, though. Since the brilliant witch "played no insignificant part in the defeat of the greatest Dark wizard of all time, no charges have been brought," Rowling explained.

4. Hagrid and Dumbledore's names are significant

The names of two of Harry's greatest and most bearded allies were designed with the art of alchemy in mind. "The colors red and white are mentioned many times in old texts on alchemy," Rowling wrote. The two colors stand in for the "two sides of human nature."

Rubeus, Hagrid's first name, suggests the word "ruby," or a red gemstone. Albus, Dumbledore's name, is a Latin word meaning "white." These two names put them on a sliding scale in what Harry was looking for, Rowling explained, as if to "represent two sides of the ideal father figure he seeks; the former is warm, practical and wild, the latter impressive, intellectual and somewhat detached."