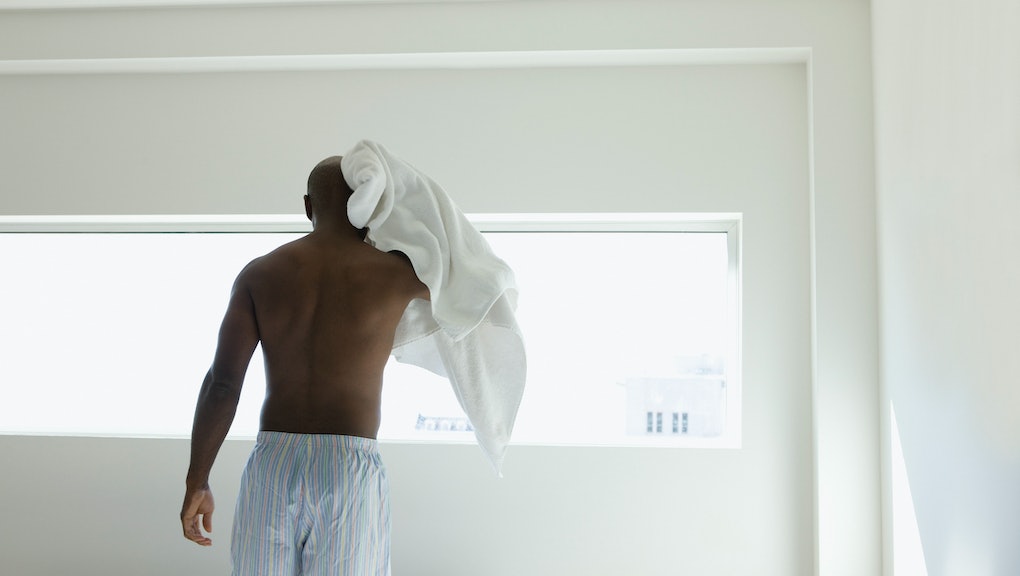 How well do you think you know the D?

For a sex organ so external and, er, straightforward, the penis is still shrouded in myths, stereotypes and misconceptions. Chalk it up to cultural assumptions about male sexuality, or the fact that you've likely seen just a few penises in the course of your lifetime. Either way, every time a woman (or man) encounters a brand new penis, it's guaranteed to come with at least a few surprises.

So what do men wish their female partners really knew? We surveyed a random sampling of 20-something men via Google form, and their candid responses are full of revelations in the field of dickology.

Every penis has a preference in bed.

"Don't assume what worked for one guy works for all guys. Judge by what's working in the moment."

"In terms of 'what feels good,' almost anything does, and if it doesn't I'll let you know if I'm physically uncomfortable, so don't stress out about that too much."

"Hands off the balls."

One penis' euphoric treat could be another's worst nightmare. As Indiana University's National Survey of Sexual Health and Behavior reported back in 2010, "There is enormous variability in the sexual repertoires of U.S. adults, with more than 40 combinations of sexual activity described as adults' most recent sexual event." For some guys, that could mean getting the balls involved; for some, that means hands off and keep things simple. Either way, you can't assume.

Getting (and keeping) it up isn't always easy.

"Penises don't just get hard and stay hard. And it's not wholly dependent on the partner. There are a lot of factors that lead to a loss in erection strength."

"It's sensitive to alcohol, prescription meds and just about everything else I might put into my body. My erections tend to vary accordingly."

Erection issues aren't just a problem for older men; a 2013 study found that one in four cases of erectile dysfunction occurred among men under 40. The causes behind a fickle pickle can range from stress to alcohol to smoking to drugs to underlying health problems. Plus, men aren't so turned on as frequently and easily as we assume. "In my opinion, we are socialized to think that men are always ready for sex and that's simply not true," Sofia Jawed-Wessel, a sex researcher and University of Nebraska at Omaha professor, previously told Mic.

"My penis is really quite large. While this is mostly really great, it can lead to issues with oral sex, which is generally not all that pleasurable for me."

The fact that not all men love blow jobs warrants special attention. Whether pop culture or incredibly vocal men are to blame, conventional wisdom seems to suggest that all dudes love BJs. But there are plenty guys out there who find them to be overrated, uncomfortable, or even just passé.

There isn't one way a penis should look.

Unfortunately, there are men who harbor insecurity or even endure teasing for their downstairs appearance. But both men and women should realize there isn't one official "normal" look for a penis, and curving isn't uncommon. No matter what, it's not the looks that count — it's how you own it.

Circumcision (or lack thereof) plays a big role in what feels good.

"How you jerk off an uncut penis compared to cut matters. Cut needs lubricant or a much looser grip."

While some sources report that up to 80% of U.S. men are circumcised, studies show that the rate of circumcisions on newborns is in decline. So it would behoove everyone to be aware of some of the key differences between the two models.

Different folks, different ... strokes: What applies to one guy definitely does not apply to all of them, as no two peens are exactly the same. That means that there's no such thing as a set of universal penis standards — and that it's all the more important in the bedroom to take cues as you go, keep the communication open and not be afraid to bring up the awkward issues.

And if there is one universal takeaway, it's this: Approach every D with a little TLC, 'k?