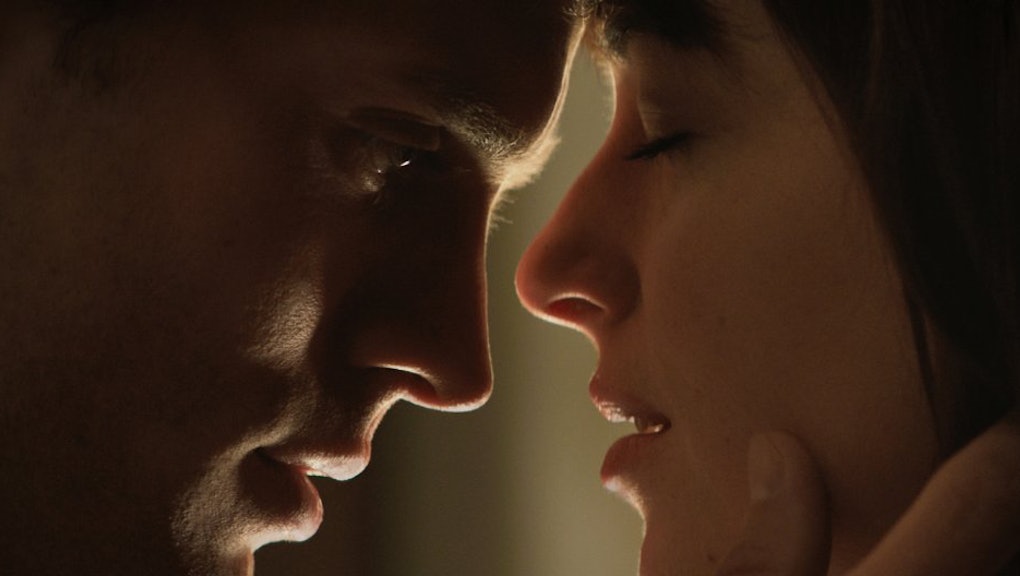 Fifty Shades of Grey is back, and this time, it's bigger and creepier than ever.

E.L. James latest novel, simply called Grey, is a retelling of the first Fifty Shades of Grey book from the perspective of Christian Grey. Since its release on June 18, Grey has become the fastest selling adult title in the United Kingdom and sold 1.1 million copies across all American editions, according to the Guardian. Grey's now joining the more than 125 million copies sold of the last series and the $570 million in movie ticket sales that the first series earned.

The problem with the book? It tells a story about S&M through the perspective of a dominant — and as far as we know, the book's author isn't a member of the lifestyle.

An image of her shackled to my bench, peeled ginger root inserted in her ass so she can't clench her buttocks, comes to mind, followed by judicious use of a belt or strap. Yeah... That would teach her not to be irresponsible. The thought is hugely appealing.

A kinkster's response: Tersche told Mic, "A dominant imposing something on their submissive that the sub may find uncomfortable is not unreasonable. However, the Dom(me) must be well aware of the sub's hard and soft limits. Pushing boundaries can be punitive, but ultimately should be carried out as a means of cultivating the submissive's growth."

Being a submissive in no way resembles abuse — and shouldn't feel like it, either.

A dominant's response: "It is hardly unusual for a sub to have conflicted feelings. But ... the charge of abuse is (or should be) a deal-breaker. If she really felt abused, before, during, or after the experience, she needs to leave or get counseling ASAP," Brame wrote to Mic in an email.

A dominant's response: Brame said, "What self-respecting sub wants to bottom to someone who is totally fucked up and doesn't like affection? How can you trust someone like that? In real life, a dom with low self-esteem like that should not have power over anyone else until he figures out his own problems."

There's no "right" way to be a submissive or dominant.

"So you felt demeaned, debased, abused, and assaulted — how very Tess Durbeyfield of you. I believe it was you who decided on the debasement, if I remember correctly. Do you really feel like this or do you think you ought to feel like this? Two very different things. If that is how you feel, do you think you could just try to embrace these feelings, deal with them, for me? That's what a submissive would do."

"...If you'd like, I can introduce you to one of my former subs. You could talk to her."

A kinkster's response: "This is more of an occurrence within the scene — kink community parties and other social events," said Tersche. "People may ask around about a potential play partner at an event, particularly if all parties involved want the play that follows to evolve outside that space."

I drop the belt, savoring my sweet, euphoric release. I'm punch-drunk, breathless, and finally replete. Oh, this beautiful girl, my beautiful girl. I want to kiss every inch of her body. We're here. Where I want to be. I reach for her, pulling her into my arms.

A dominant's response: "My overriding sense here is that she is hesitant and nervous every step of the way, doesn't fully trust him, and isn't sure if she likes the things he does to her but plays along because she is so hungry for him," Brame said. "Again, that is a really vanilla perspective, not authentic to kinky people. For one, we are drawn to this stuff because, for the most part, we already know it turns on us. We seek it out, we don't get sucked into it. We crave to act out our secret fantasies, we don't seek someone else to convert us to their fantasies.

Trust is a core value for us, and so is finding your joy. ... Values. BDSMers have them."