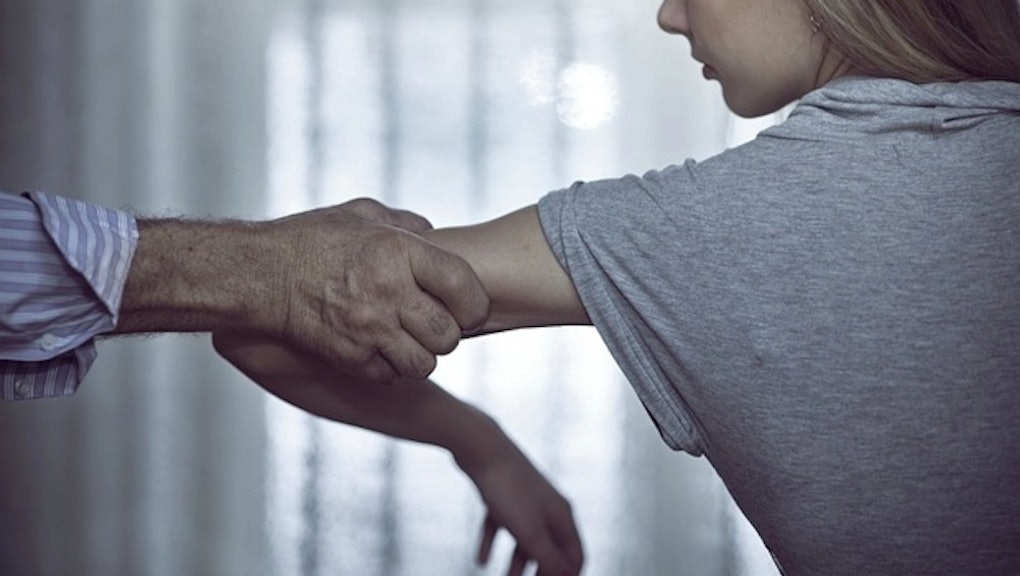 Thanks to the feminist movement, society has devoted much thought, scholarship and attention to the ways female gender roles restrict women. But in recent years, a growing chorus is pointing to just how detrimental rigid masculinity standards can be too — not only for individual men, but other people in their lives. Now a new study confirms just that.

A University of Washington study recently published in Social Psychology found that men exaggerate stereotypical masculine traits and behaviors and reject feminine ones when their masculinity is threatened. When men received average scores on a strength test, the study revealed, they did not attempt to highlight their other

"We discovered that the things that men were using to assert their masculinity were the very things that are used as signals of identity," lead author Sapna Cheryan told the University of Washington Today.

"This research shows that men are under very strong prescriptive norms to be a certain way, and they work hard to correct the image they project when their masculinity is under threat," Benoît Monin, a study co-author, told UW Today.

Women, on the other hand, were more likely to internalize their perceived inadequate femininity by holding themselves back from personally beneficial opportunities, the study found. For example, women "might make choices with potentially negative consequences to demonstrate that they fit gender norms," such as avoiding classes in male-dominated fields like science or technology, according to Cheryan.

As Maya Dusenbery observed on Feministing, while the types of exaggeration men perpetuated in this study were relatively benign, they offer insight into a much greater, more nefarious cultural norm of teaching men to automatically deflect any insecurity rather than consider them personal shortcomings or to reflect internally. Other studies, Dusenbery said, have showed that men have been more likely to display physical aggression, sexual harassment or blame victims of assault when their masculinity is threatened.

This study also further bolsters what social psychologists and feminist thought leaders have been saying for years: Gender stereotypes, sexism and the patriarchy at large hurt everyone. bell hooks argued that "feminism is for everybody" for this very reason decades ago, and Lola Okolosie echoed this sentiment in the Guardian last year when she wrote, "Rather than looking to blame feminism for making men feel as though they have lost their way, we need to talk instead of how sexist stereotyping cuts both ways, damaging all."

Perhaps now that science continues to back up these claims, we'll start to take these thought leaders seriously and start a serious dialogue about how to free men and women alike from rigid gender norms.