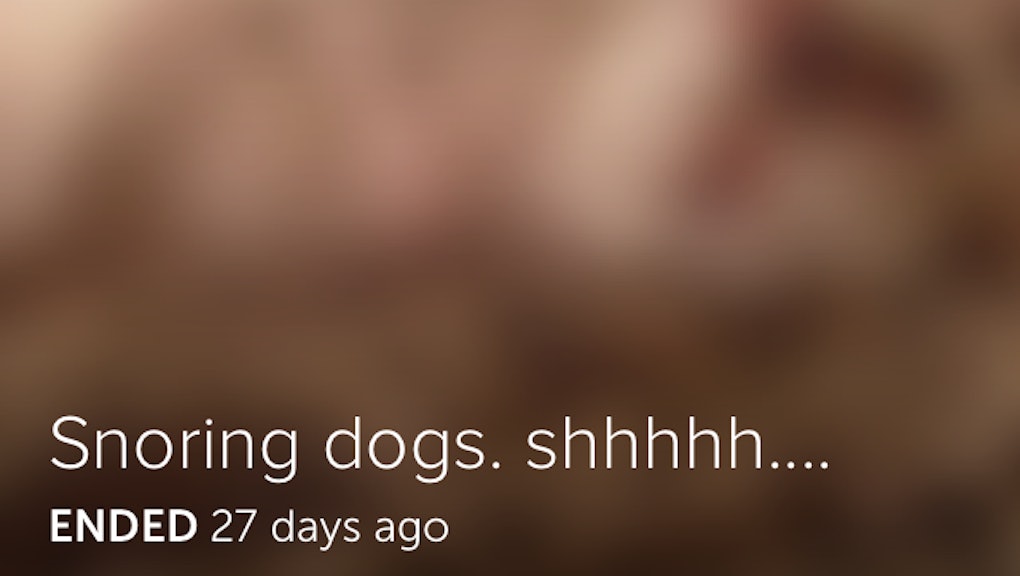 Meet the Reporters Who Lost Their Jobs for Using Periscope

When Marisa Mendelson, a now-former reporter for NBC's Tuscon news station KVOA, first hopped on Twitter's live-streaming app, Periscope, about a month ago, she wasn't sure exactly what it was for. (Join the club.) In her first Periscope, she played guitar from her home office and learned what "on fleek" meant from her throngs of viewers.

She had a blast doing it, she told Mic. But the joy was short-lived: "It was either the next day or a couple of days later that the social media director and boss called me in and said they didn't want me to use Periscope," Mendelson said. They told her she had been "unprofessional," and that as a reporter, she was representing her news agency.

Mendelson scrubbed her social media accounts until there were no ties between her day job and any of her public social media. A few days later, though, she opened Periscope to stream her sleeping dog in the middle of the night. Soon after, KVOA fired her.

"Getting fired for Periscoping a video of a dog is ridiculous," Mendelson said. "I'd never been in trouble or been written up before."

Mendelson is not alone: Journalist Stephanie Wei lost her press credentials for the entire PGA tour simply for Periscoping some off-the-green conversations with golfers. On her personal blog, Wei Under Par, Wei wrote:

I understand that I broke a regulation and I respect that the Tour felt like there should be consequences other than a slap on the wrist. However, to my understanding, the punishment I received is unprecedented. I also believe it doesn't fit the crime, particularly with the constantly growing forms of new media and the progressive nature of how we consume content, not to mention the gray area with how the Tour enforces its regulations.

Additionally, the NHL and NFL banned Periscope out of panic that it would threaten their main broadcasts. Cable news networks have treated one-off events like the Game of Thrones season premiere and the Mayweather-Pacquiao fight as opportunities to panic about the future of broadcast.

But there is no evidence that live-streaming apps were a significant threat. If you've used Periscope, you know that watching a sports game from a low-res smartphone feed — often streaming from the bleachers, far from the main event — is a terrible way to watch anything.

"Generally, there's way more media attention than there is a problem," Periscope founder Kayvon Beykpour said in May, according to TechCrunch. "There were probably an order of magnitude more articles written about the Game of Thrones thing than there were actual broadcasts reported to us about Game of Thrones."

Is Periscoping a fireable offense? Mendelson has a decent wrongful-termination case if she can argue that Periscope is part of her social media portfolio. After all, you can't fire someone just because she has a personal Facebook or Twitter account if it has no impact on what she does at work. Most modern journalists thrive on digital platforms they can use to promote themselves and their writing.

"That's another reason why social media is incredible right now — it's a way for journalists to have a voice," Mendelson told Mic. "Freedom of speech is protected to a point, and the First Amendment was created to give reporters power and give a voice to the voiceless. But when a journalist gets fired, who gives a voice to that journalist?"