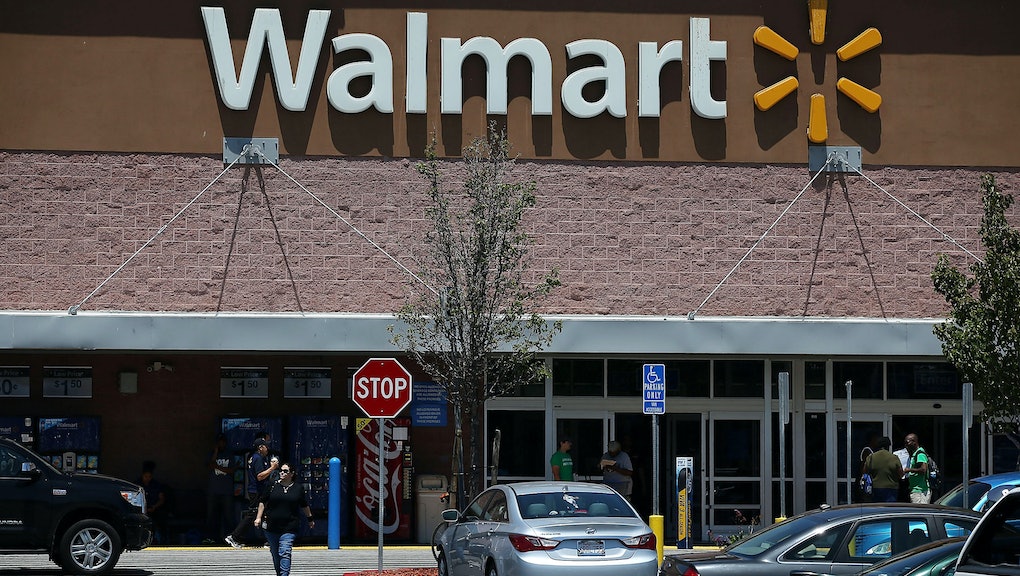 On Monday, American retail giant Wal-Mart announced it would no longer sell Confederate battle flag memorabilia at any of its more than 4,000 stores across the United States. The decision followed a cascade of elected officials and businesses distancing themselves from the flag after it featured prominently in the Charleston, South Carolina, shooting gunman Dylann Roof's online manifesto. The June 17 attack left nine dead at a storied historically black church.

For the dwindling number of flag defenders, however, Wal-Mart's announcement made the cause even more important. One such watchdog took to Wal-Mart's Facebook page to voice their dissent.

"Dear Walmart, Please tell us where it all ends? It's not your job to impose morals. Admit it, it is the soul and heart of people that's the true cause of racism. Not silly symbols. I fear you are missing the point in our free society. A flag now, a book next time. Where does it all end, where?"

The comment didn't sit well, however, with Luke Massie-Smith a 34-year-old Canadian former stay-at-home dad and self-professed "troll" to "conservative nutters." Massie-Smith laid down one of the best Internet smackdowns in recent memory, and though the post appears to have been deleted or hidden by the retail giant, Massie-Smith sent Mic a screenshot for the ages.

Read the full response below:

"I think we both know where it ends, [NAME]. Your home in ashes, your starving children strewn about you half-dead and sobbing, packs of vicious wild dogs roaming the streets of once-happy American suburbs feeding off the weak, the cities burning on the horizon and the ground rumbling underfoot from the Chinese tanks out enforcing the new government's mandatory curfew. And always, through the din of screams and smoke and jackboots marching in unison, above it all you hear Obama laughing. It's been three weeks since you've had anything but pages torn from the family bible to eat. Your feet ache; your shoes have long ago been stolen by roving gangs of armed minorities and the tattered strips of the American flag you've bound them in do little to stop the cold, let alone the blisters. Your wife is a man now and all your guns have gotten gay married. With your last, dying breath, you raise a defiant glance to the darkened patch of sky where the sun should be were it not blocked by looming mushroom clouds and woefully bemoan ,'If only Walmart hadn't stopped selling confederate flags, none of this would have happened... ' I wish I could say it wasn't too late. I wish I could say that, [NAME]."

While clearly hilarious, Massie-Smith's trolling brings up an important point: No, ending the sales of a century-old flag dripping in racism will not turn the U.S. into a hell-scape run by a tyrannical government with no freedoms and an endless supply of Chinese-fueled pain.