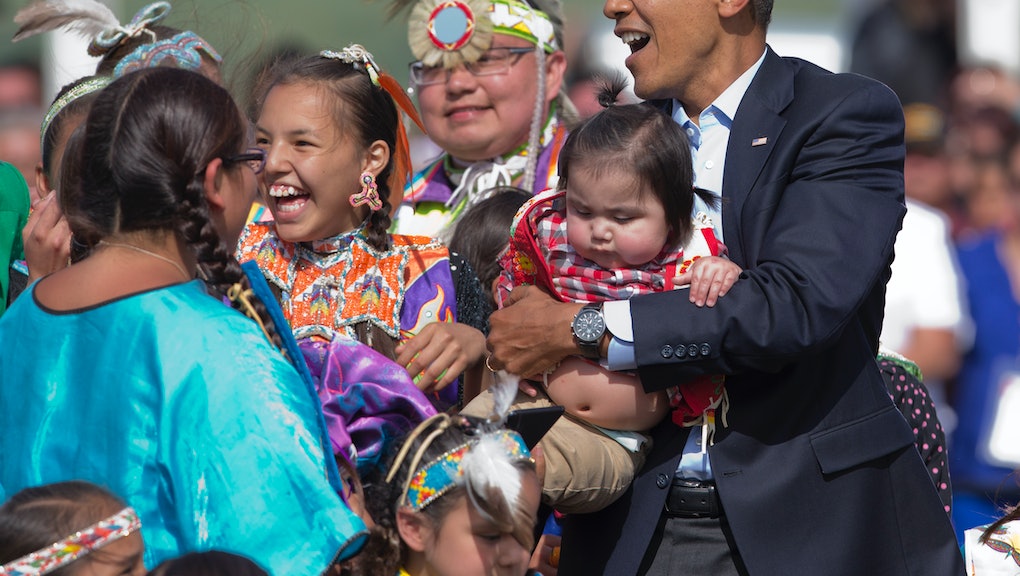 Most of America's Babies Are Now Racial Minorities

Nobody knows how America's imminent "majority-minority" future will impact our day-to-day lives. But one thing is certain: It's coming sooner than we thought.

"Births outnumbered deaths for all ethnic and racial groups last year except for non-Hispanic whites, the new Census data show. A report earlier this year projected that by 2044, today's majority white population will be the minority."

2044: When the collective nightmare of white supremacists nationwide comes true.

But more brown babies andrallies against "White Genocide" aren't the only things we have to look forward to. If current trends of racial inequality and discrimination persist, America's social and economic status will be impeded from progressing, as more racial minorities take their place as consumers and in the workforce.

Categories like household wealth, income, employment opportunities, educational outcomes, incarceration, police harassment and violence, healthcare access and the threat of white supremacist terror attacks are all, in large part, dictated by race. Minorities have traditionally been on the receiving end of these disparities — and definitely not in a good way.

The Center for American Progress recently published a report identifying some possible solutions. They say it starts with education. CAP writes that closing the current educational achievement gap — i.e. the difference in academic performance levels between white children and children of color — could result in a gross domestic product growth rate about 5.8% faster than current projections. That's an additional $2.3 trillion in GDP over the next 35 years.

"The gains would be quite stunning," Robert Lynch, economist and co-author of the CAP report, told Mic previously. "In fact, the gains are so large that they'd more than pay for the policies required to bring them about."

Yet caution is still warranted. A wealthier and more diverse nation doesn't automatically confer equality. Unless we take an encompassing approach to ending disparities along racial lines, we risk perpetuating the same existing systems that guide our lives today. Still, an increasingly diverse America is a huge opportunity to think and act more critically around these issues.

"There's no silver bullet here," Vanessa Cárdenas, vice president of CAP's "Progress 2050" initiative, told Mic in March. "There's no single solution. The only way we're fixing the problem is through a holistic approach."