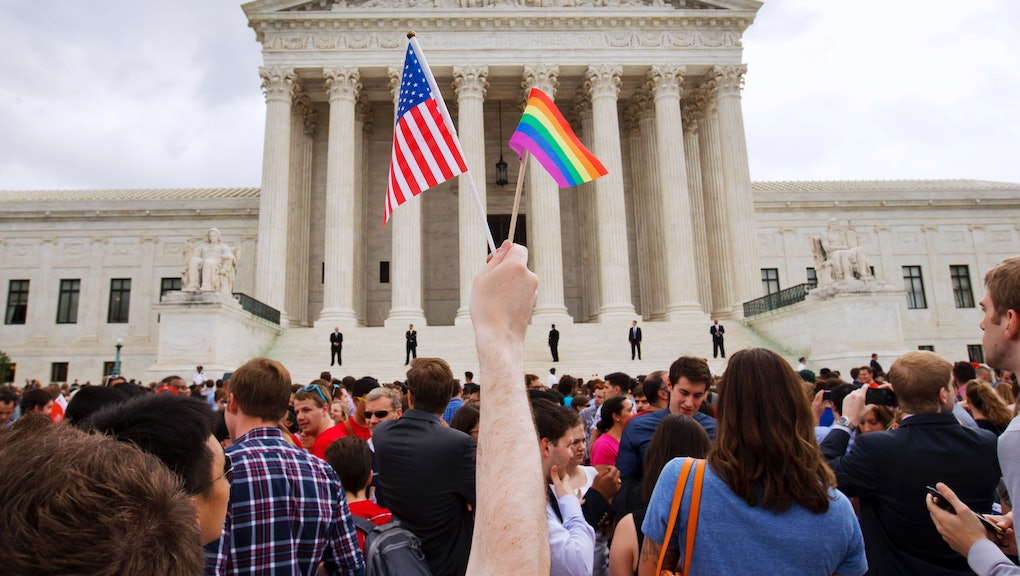 In the past two days, the Supreme Court has handed down two blockbuster decisions that have immediately transformed the American political landscape. On Thursday, they voted to protect the Affordable Care Act from a legal challenge that threatened to destroy the greatest expansion of health care since Lyndon Johnson's Great Society. On Friday, they legalized same-sex marriage across the United States.

The decisions should remind us that at a time of acute disillusionment with party politics and Washington's inability to accomplish anything of consequence, elections are still of monumental importance in determining the course of the nation. The winner of the 2016 presidential election matters a great deal, if only for the justices they nominate for the Supreme Court.

The next president could end up appointing as many as four justices to the Supreme Court while in the White House — which could transform the political dynamics of Washington for years to come.

The effects of 2008: President Barack Obama was criticized by progressives for not coming out in favor of marriage equality in 2008, and taking many years to "evolve" on the issue at a painfully slow pace. Had Obama been a stronger advocate for same-sex marriage earlier on, perhaps the country would have evolved more quickly as well.

But it's also worth thinking about Obama's contribution to the reality of same-sex marriage today in terms of his two Supreme Court appointments. The margin by which same-sex marriage prevailed, 5-4, was one vote. Had Sen. John McCain (R-Ariz.) won the presidency in 2008, it's quite likely that it would have swung the other way.

The future of the court: The Supreme Court has a narrow conservative majority, and given the old age of a number of justices on the high court, it's possible that the next president could have the opportunity to entirely reshape the composition of the court.

Ruth Bader Ginsburg is 82, Antonin Scalia is 79, Anthony Kennedy is 78 and Stephen Breyer is 76. That's four potential seats that could open up under the next president's tenure. Three of them are reliable liberal votes, meaning a Republican president could potentially tip the balance of the court to the right by nominating conservative replacements. Such a move would have ramifications for years to come.

That's important to keep in mind as we approach 2016. Americans' faith in government is extremely low. Citizens were so uninspired by their representatives that the last election had worse turnout than any other since World War II. Political polarization has made the legislative process an ugly sight. The likelihood of a Bush-Clinton showdown reeks of dynastic politics.

But even if all these things continue to be true, it's difficult to overstate the effects of that the next candidate will have through their judicial nominees. At the moment, both Hillary Clinton and Sen. Bernie Sanders (I-Vt.) have said they consider a commitment to overturning Citizens United, the 2010 Supreme Court decision that allowed corporations to join the political fray, to be a litmus test for any candidate they'd consider. Considering that Americans currently think that money in politics is the most pressing concern in the run-up to the 2016 elections, that's worth taking into account as they eye the voting booth with a sense of apathy.