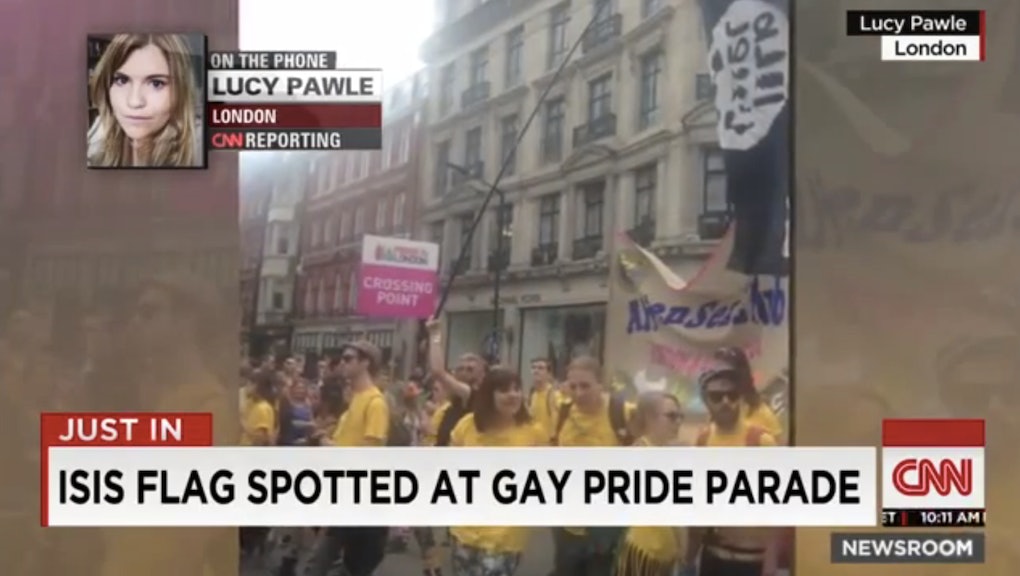 It would be chilling if true: a man flying the black flag of Islamic State at a London gay pride parade.

Unfortunately for CNN's Newsroom, whose substitute anchor Suzanne Malveaux devoted a breaking news segment on Saturday to alleging just that, the "ISIS flag" in question is not actually an ISIS flag. It is a crude parody with lettering composed of the silhouettes of sex toys.

Here's a closeup, in which it becomes fairly obvious the flag is covered in various sex toys:

The error in question is even more embarrassing when listening to the clip, in which CNN producer Lucy Pawle admits that the lettering on the flag was not Arabic but "gobbledygook" and describes wondering why no one else seemed significantly worried about its presence:

Mimicking the Islamic State's logo was probably not the anonymous flag-waver's best idea, given the group's penchant for horrifying acts of terrorism and brutality. But there's only one real threat here, and it's to good taste.