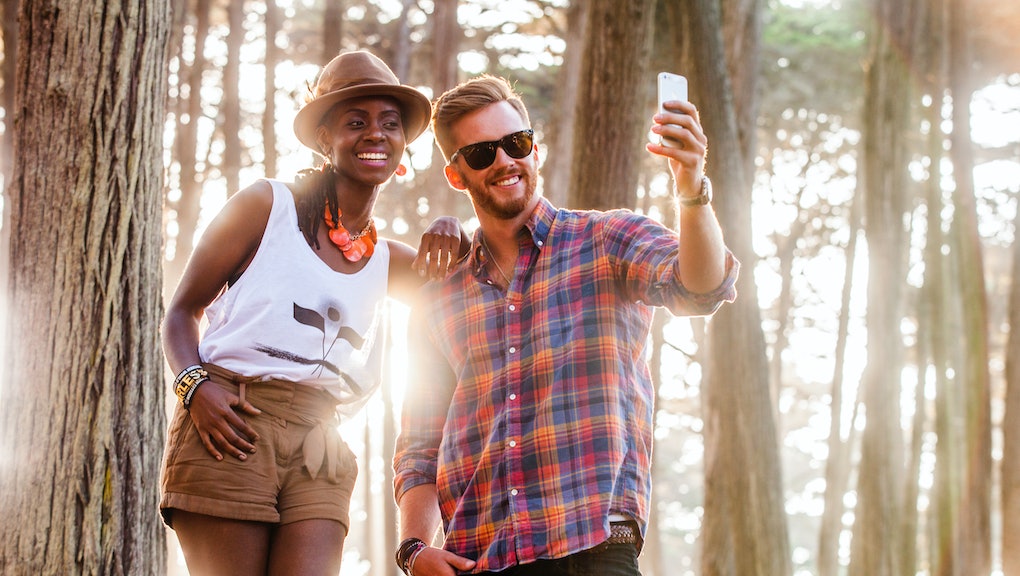 Here's What You Really Learn When You Date Across Cultural Lines

There are all sorts of studies that tell us exposure to other cultures is a smart move — experiencing other cultures makes us more open-minded and smarter, and it demands we see our own world with new eyes.

So dating across cultural lines, the logic goes, is the ideal move. And it's becoming more accepted: A 2010 Pew Research Survey found 93% supported romantic relationships between white and black people, and a 2015 Fusion survey of 1,000 18- to 34-year-olds found 54% of respondents had dated outside of their race. Intermarriage across religions is also more common than ever, with "mixed marriages" constituting 39% of couples who married since 2010 in the U.S.

But it's not always easy, as anyone who's ever seen My Big Fat Greek Wedding (or any movie like it) knows. And not all differences function the same, as relationships across racial lines, religious beliefs and even international time zones each invite their own issues. As the studies say, it can be crazy rewarding — but in a messier way than researchers can even begin to express.

So we surveyed Mic's Tumblr-verse to get the real talk about what our readers learned from loving, befriending and co-existing across cultural lines.

The American way of doing things can seem downright bizarre.

"Our portion sizes [in Germany] are smaller. When I first saw a gallon of milk, I honestly thought: 'Why do they put the milk in jerry cans? That won't fit into anyone's fridge!' Little did I know about the giant fridges..." — sylvanrambling

"I learned how to use chopsticks because he was embarrassed by me going to Japanese or Chinese restaurants with him on dates, where they only used chopsticks as utensils and having to ask for a fork like an idiot Westerner ... My little sister ended up teaching me how to use them."— anneshirleyn

"I learned that my ['Saturday Night Live'] and ['Mystery Science Theater 3000'] references are worthless, and 90% of what come out of my mouth comes from pop culture." — kittystclaire

"Also, when it's your birthday in Germany, you are expected to bring cake or sweets for the people at work. I was told you would look like a sad weirdo who has no friends to bake cake FOR them if you did that in the U.S."  — sylvanrambling

We're forced to confront our own privilege and prejudice.

"As a white woman dating (and now married to) a mixed-race spouse, I learned that I had a lot of racism still internalized within me that I didn't realize was there before, because I didn't have to think about it. I am still unlearning it; it is a process that will be ongoing throughout my life ... There is no magic switch I can flick to turn off my white privilege and the racism that has been forced into my consciousness since birth." — junipergrove

"Being a black American while with a natively German girl brings up heated discussions about things like general safety. Germany is less dangerous all-around, while I dodge crime from citizens and law enforcement alike." — 20-sided-pie

"I am currently dating a full-blooded Lebanese Muslim man, and I am a Black Christian woman. The thing that stood out to me is how welcoming his family is for other people to enter their homes. ... Even though I am Christian, they never try to convince me (or others) to become Muslim..." — tandy

"I realized that white people really cannot grasp the black experience. No matter how much I tried to explain, he never did understand why I respond to certain things the way I do. He can't handle the 'conflict'; I can't handle the silence." — realsjw

"The hardest thing is dealing with microagression from the white in-laws. I think they find it hard to relate to the fact, or even understand that we are together and don't worry constantly about being interracial. Or that I don't want to hear about the times when they almost weren't racists. Maybe they want redemption or reassurance. 'It was a different time,' I say with sympathy, to keep the peace." — currentcandy

We learn to see the world from a different vantage point — and leave stereotypes behind.

"As a result of me being an African-American, he learned a lot more than before about black women and internal battles with beauty." — anneshirleyn

"I now have a different outlook on the Arab-Muslims. I NEVER looked at them as if they were all terrorists (it makes me sick when people think like that) but I did realize that besides a couple of core family values, blacks and Middle Easterns are more alike than different." — tandy

"I've never dated someone outside my culture but I do have a friend who moved to the states from Iran. She's sincere, doesn't wear the hijab and feels it should be a choice, and her recount of her country's history really opened up my eyes and mind." — aiamai-the-ai-r0b0t

"From dating a Puerto Rican (I'm a Texas native) for a long time, I've learned to appreciate other cultures, and they are more than what the books say. That culture is a deep embedded philosophy that contains many people's identities. It's beautiful."— banango-manana