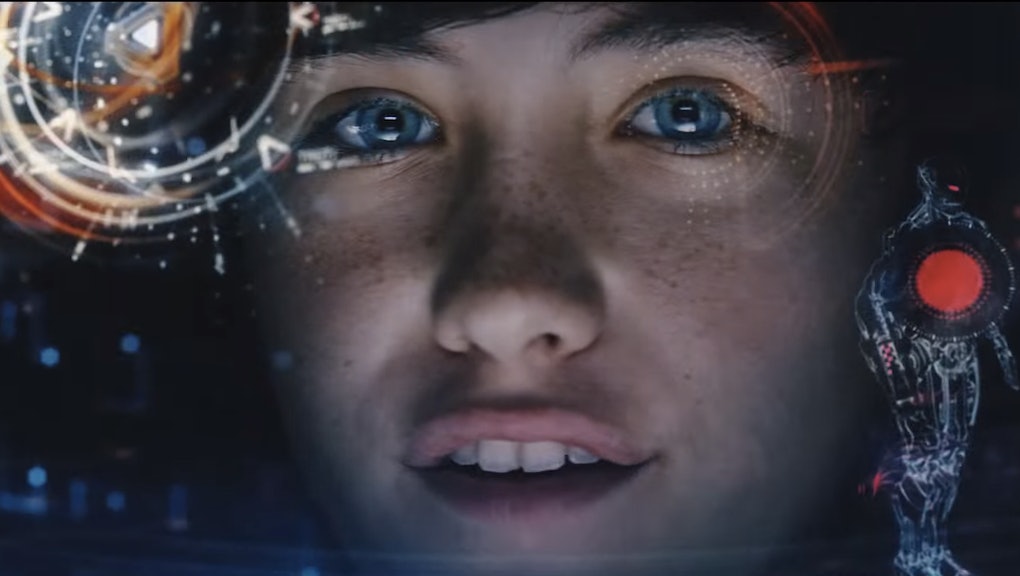 With Iron Man's repulsor strapped to my arm, I fly through Manhattan on a mission to defend my city. I throw my forearm in front of my face to defend the oncoming blows, and I feel the kick against my armor when I come under enemy fire.

I'm not watching a new film, I'm not playing a video game and I'm not wearing a virtual reality headset. The world around me is the real world — the fifth floor of a showroom in Manhattan — and I'm facing down Red Skull, even though he's just five inches tall. I'm using a brand new line of high-tech children's toys that combine lightweight hardware with the emerging technology of augmented reality, and I have to admit I feel like a kid again — a comic-book-loving, superhero-worshipping action fan.

This is Disney's Playmation line. Since the dawn of video games, older generations have lamented the supposed death of active play. What happened to good old-fashioned running around the yard, swinging on tires, cops and robbers? In today's digital world, where kids are pacified with iPads, playing outside and using your imagination are remnants of a bygone era. Or so the story goes.

Disney has a plan to fight the irresistible pull of screens with even cooler technology. Earlier this month, Disney unveiled Playmation, a combination of hardware and apps meant to get kids playing outside again.

When you strap on Playmation's armband and turn it on, the toy creates a sort of video game in real life, turning the wearer into a giant action figure fighting imaginary villains. Each Playmation set is themed around a popular Disney-owned franchise — the first being Marvel's Avengers series. So the first kit, which will roll out toward the end of 2015, will imitate Stark's repulsor, the contraption at the end of Tony Stark's forearm. It's got various attack modes, buttons, missiles and an accelerometer.

That repulsor also pairs with a "power activator," or a small station that downloads mission data, represents the in-game enemies and acts as the docking point for Playmation activities. When the power activator changes colors, it gives the player various basic cues — like telling the player to run, duck, block or just fire away — that the repulsor can sense and respond to.

The enemies themselves are still all in your heads. You fight them with the wearable repulsor, and you know what they're doing through the color cues on the power activator.

But last bit, the one piece of the puzzle that makes the whole kit more of a digital product than simply a franchised version of laser tag, is the app.

The repulsor and power activator collect data about game progress that gives players access to further missions and stories. On top of that, there's additional downloadable content that Disney can roll out over time — the physical toy version of an app upgrade.

"When you register your gear to the app, similar to an activity tracker, you'll be able to visualize the world, and all of the character and the enemies," Afsoun Yazdian, who runs product development for Playmation, told Mic. "So you see your scores, how you're progressing and connect with friends. The app is a critical way for the fun to never end, because there's additional missions to download to your physical gear."

Playmation is an idea three years in the making. Disney Consumer Products, the division of Disney that creates physical products, games, toys, books and apparel, has had record sales in physical toy merchandizing for the past few years.

"DCP has a range of businesses, but one of the largest business for DCP, if not for the whole company, is the licensing business," DCP senior vice president Kareem Daniel told Mic. "And that does really revolve around traditional toys."

But kids are getting tablets, gaming consoles, smartphone and, soon, virtual reality headsets. So Disney began experimenting with ways to integrate technology, motion tracking and data and incorporated them into more traditional, tactile toy products.

"The key thing was getting to active play," Yazdian told Mic. "So seeing the expressions in their faces once they were able to knock a figure off of a base from across a room, making them feel powerful, that was a big 'aha' moment."

The team added features to make the Playmation experience seem even more physical. The repulsor gear got haptic feedback so that when the kids are "attacked" by their enemies, they feel the kick in their arm. They brought in the Disney Parks team, the famed Imagineers, to offer their guidance on interactivity.

We need active play now more than ever. "Parents say consistently that technology is part of kids' lives, but they express nostalgia about their play as an active experience," Daniel told Mic. More than 72% of all kids are using tablets and smartphones, and that number is rapidly on the rise. The National Association for the Education of Young Children concluded in a research paper that "passive use of technology and any type of screen media is an inappropriate replacement for active play, engagement with other children and interactions with adults."

On the other hand, active play — or "big body play," referring to running, jumping, roughhousing, tumbling and other high-activity forms of recreation — are vital to both the physical and cognitive development of young children. As Frances Carlson writes in his book Big Body Play:

We know that play such as sociodramatic play, board games, play to explore objects and learn shapes and textures, finger plays and chants to improve self-regulation and play that involves building things has myriad benefits for children. But the fleeing, tagging, climbing, tumbling and wrestling that most young children seem to crave is also play and is equally beneficial.

"Particularly with big body play and locomotor activities, one of the things that we see more of now is the link between rowdy play and brain development," NAEYC associate executive director Peter Pizzolongo told Mic. "And then when there's the deprivation of such play, the neuroscientists see damage to the brain."

Playmation is a blockbuster in the making. If the project seems like a blip on the radar, a piece of expensive junk that will get bought once, top toy reviewer Jim Silver thinks otherwise.

"The price point is right for the holidays, so I think it's going to be very big around November and December," Silver told Mic. "And I don't think this is a one-off for Disney. It's an investment in the future that they're going to promote heavily."

The Playmation line is also exactly the kind of toy that's done well in the past; they're essentially souped-up editions of classic market blockbusters. According to Silver, toys that allow kids to inhabit the first-person perspective of their favorite fictional characters have always dominated the market.

"One of the things that we see more of now is the link between rowdy play and brain development. And then when there's the deprivation of such play, the neuroscientists see damage to the brain."

"Look at the current bestselling toys for these characters," Silver said. "For Star Wars, it's the lightsaber. For the Hulk, it's the Hulk Hands. For Spider-Man, it's the web shooter." Why do they work so well? "It's because they allow kids to become the characters."

The first three franchises that will get Playmation products are distinctly Disney. They're start with The Avengers and Star Wars — franchises Disney now owns because of its purchase of Marvel and Lucasfilm — and then Frozen.

"Avengers is a No. 1 domestic box office film, so it's clear that providing Avengers first is a very exciting opportunity," said Daniel. "It's the early days with Star Wars and Frozen, but those three franchises are the most exciting to bring to consumers today, as soon as possible."

Of course, the next step in developing these kinds of toys would be straight from Iron Man himself: a heads-up display like Microsoft's HoloLens that still lets you actually see your enemies, projected onto the world around you.

Then again, you have to leave something to the imagination.