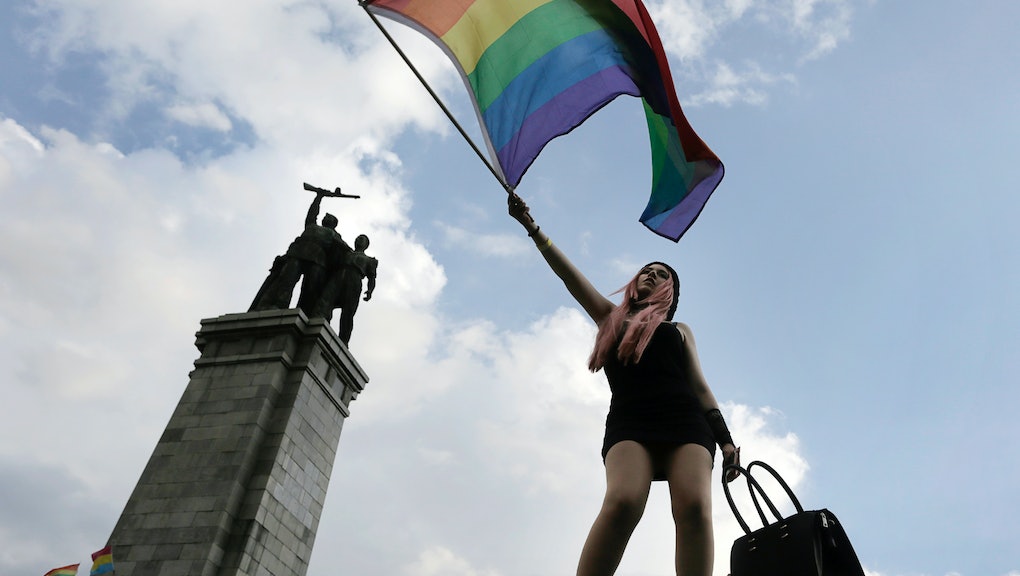 Thanks to the Supreme Court decision in Obergefell v. Hodges on Friday, Americans have gained the constitutional right to marry someone of the same sex in each of the 50 states. But in 28 states, they can still be fired for it.

Just 22 states and D.C. offer full nondiscrimination protections for gay, lesbian and bisexual employees, and three of those don't extend those protections to transgender individuals. The lack of comprehensive protections means that in many of these states, LGBT people can be denied service at establishments, harassed by their landlords or hounded out of a job on the basis of their sexual orientation or gender identity.

The map below shows where employment nondiscrimination laws stand across the country, based off American Civil Liberties Union data.

The states that have failed to pass laws prohibiting employers from discriminating against their staff on a bigoted basis are predominantly in the South and Midwest, but also include Mid-Atlantic states such as Pennsylvania and West Virginia.

While the Obama administration signed an executive order protecting all federal employees and contractors from such discrimination earlier this year, similar federal-level protection for people in private employment has not yet materialized. A bill that would extend workplace protections to all Americans, called the Employment Non-Discrimination Act, has languished in Congress for two decades amid widespread conservative opposition. Last year, House Majority Leader John Boehner (R-Ohio) refused to bring ENDA to a vote and called it a "basis for frivolous lawsuits."

Why you should care: According to Gallup polling, the vast majority of Americans now support full marriage equality for same-sex couples, with national surveys in May coming in at 60% for and 37% against.

But that doesn't mean there isn't still work to be done. A 2013 Pew Research Center survey found 21% of LGBT adults had been discriminated against at their places of employment. Another conducted by the Williams Institute found 38.2% of openly LGBT people had been harassed at work.

However, action to protect LGBT people against hate is popular. An April Reuters/Ipsos poll found 55% of Americans believe "businesses should not have the right to refuse to hire certain people or groups based on the employer's religious beliefs." But putting our principles in action will take a long time, even with the sweeping change in social attitudes that preceded the Supreme Court's recent coup for equality.