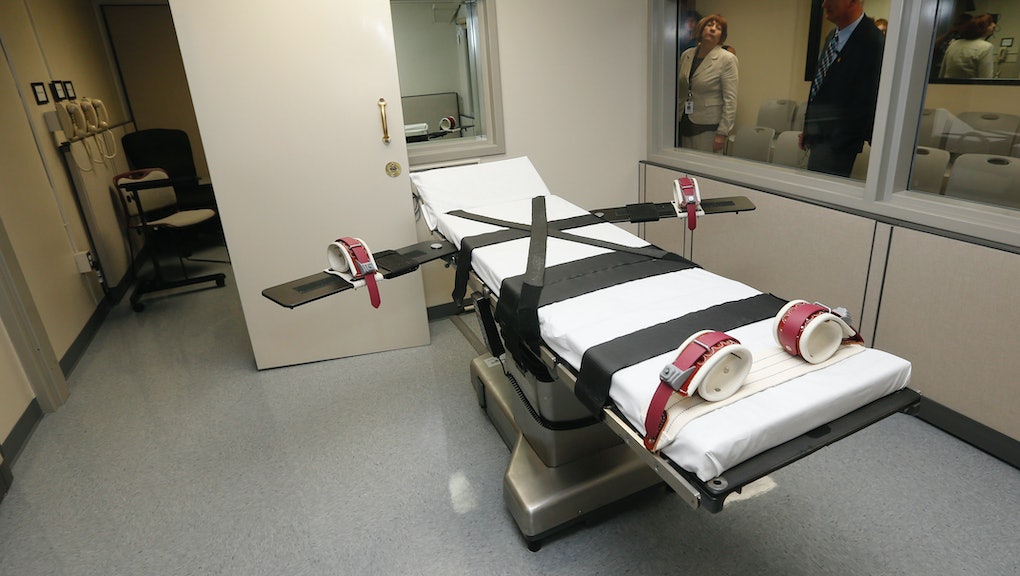 The Supreme Court on Monday ruled that Oklahoma should be allowed to continue its use of a controversial drug as part of a lethal injection cocktail that led to three botched executions in 2014.

By a 5-4 vote, with Justice Samuel Alito writing for the majority, the court upheld the state's constitutional right to execute death row inmates trumped concerns that midazolam, a heavy sedative, is not a reliable tool in mitigating the substantial pain caused by the next two injections.

Simply put, the court held that "the elimination of essentially all risk of pain would effectively outlaw the death penalty altogether." If executions are legal, Alito argues, then the executioners need to be able to do their jobs.

But this was a narrow statement, and likely to provide an opening for much a broader debate over the use of capital punishment in the United States.

The death penalty debate just escalated: In his dissenting opinion, Justice Stephen Breyer not only rejected his more conservative colleagues' position, but also sought to reframe the fundamental issue before the court.

"I would ask," he wrote, "for full briefing on a more basic question: whether the death penalty violates the Constitution."

With those words, Breyer effectively put out a call to activists and scholars to begin crafting petitions forcing the court to decide if the death penalty is, in fact, protected under the Constitution. His suggestion is that it may be, by its very nature, a violation of the Eighth Amendment, which outlaws "cruel and unusual punishments."

Ironically, the argument against the death penalty is very much alive in Alito's opinion, which was backed by Chief Justice John Roberts and associate justices Antonin Scalia, Clarence Thomas and Anthony Kennedy.

"Because some risk of pain is inherent in any method of execution, we have held that the Constitution does not require the avoidance of all risk of pain," Alito wrote. "After all, while most humans wish to die a painless death, many do not have that good fortune. Holding that the Eighth Amendment demands the elimination of essentially all risk of pain would effectively outlaw the death penalty altogether."

Expect to see that language, or some allusion to the underlying logic, turned against the conservative argument for the death penalty in the coming years. When that case hits, as now seems inevitable, the country will look back on Monday's decision as the one that set the stage for a much larger fight.