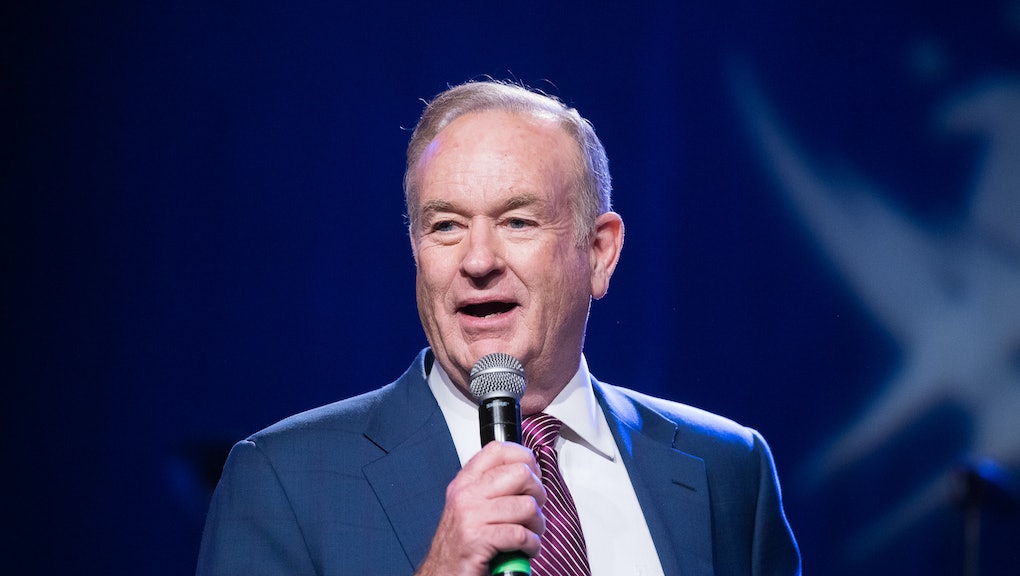 No, these aren't plot details from the next Jerry Bruckheimer movie. They're actual predictions socially conservative pundits, bigoted religious leaders and right-wing politicians have made over the years about how gay marriage will devastate the United States.

Below are 10 bizarre predictions from the fever dreams of America's deluded reactionaries, as well as how they've fared since the Supreme Court extended the right to same-sex marriage nationwide Friday.

1. Mass roundups of the straights.

When talking to the Family Research Council in April, former Arkansas governor and Republican presidential candidate Mike Huckabee issued a dire warning about the fate awaiting America's priests, pastors, reverends, rabbis, imams and other heterosexual people of faith: They might be subject to Stalinist-style mass detention if the gays have their way.

"You will be breaking the law subject to civil for sure and possible criminal penalties for violating the law ... If you do practice biblical convictions and you carry them out and you do what you've been led by the spirit of God to do, your behavior will be criminal.

You get zero guesses how many clergy have been targeted by the Gay KGB for refusing to perform gay marriages since then, because that is precisely how many.

As Media Matters notes, conservative Fox pundit Bill O'Reilly has infamously been predicting same-sex marriage will lead to all kinds of interspecies marriage arrangements for the past decade. In addition to turtles, goats, ducks and dolphins, O'Reilly has suggested that "If you OK gay marriage, then you have to do plural marriage, which is now — has a name, triads. Three people getting married."

Kudos to O'Reilly for actually using the proper terminology for a polyamorous relationship. But even polyamory advocates say redefining marriage to include more than two people seems like a change on the distant horizon.

The idea that man-turtle or woman-goat marriage is on the horizon now that more humans can marry each other is frankly more a testament to O'Reilly's disturbing imagination than anything resembling reality. Even Denmark is abandoning its traditionally libertine laws on the matter.

3. God will destroy the United States.

In 2011, evangelist preacher and bigot Pat Robertson warned, "There isn't one single civilization that has openly embraced homosexuality that has survived." He noted the Almighty punished Sodom because the people there raped angels.

The weather forecast for tomorrow might include the phrases "fire and brimstone" and "raining blood from the skies." Americans may wake in the night to hear raspy demonic voices chanting in backward Aramaic. The Four Horsemen could rise from a rift in the ground, or a press conference could end with President Barack Obama turning into a pillar of salt.

4. The Islamic State group will also destroy the United States.

In 2014, American Family Association head Bryan Fischer issued an ominous warning: "God will use pagan armies to discipline his people if they turn from him in rebellion and disobedience and descend into debauchery ... this is the most precarious place we've ever been because of the threat that ISIS poses to America.

"What if God will use the pagan armies of Allah to discipline the United States for our debauchery?"

Sure, the Islamic State group's band of a few thousand insurgents mounting a successful trans-oceanic land invasion of the greatest military power in the world, razing its cities and putting all Americans to the sword may sound pretty unlikely. It certainly hasn't happened — yet.

But when it does, definitely blame gay marriage.

5. Also, a civil war will destroy the United States.

In April, Focus on the Family founder James Dobson declared the backlash to any gay marriage decision will be so divisive as to cause a "full-blown civil war," claiming "The country can be no stronger than its families."

"I really believe if what the Supreme Court is about to do is carried through with, and it looks like it will be, then we're going to see a general collapse in the next decade or two," Dobson said. "I just am convinced of that. So we need to do everything we can to try to hold it back and to preserve the institution of marriage."

Reliable polling has continually demonstrated public support for gay marriage has been climbing steadily in recent years at roughly the same support opposition is fading, and support has been strongest among the youngest generations of Americans. There are no signs of this trend reversing.

So in 20 years or so, LGBT people and their allies will probably have more to worry about from elderly relatives' uncomfortable rants at Christmas dinner than the possibility senior-citizen homophobes will roust themselves from watching Fox News long enough to form a new Confederacy.

While Scalia said whether LGBT people could marry is "not of immense personal importance to me," he did call his other justices' striking down of state-level gay marriage bans as robbing "the People of the most important liberty they asserted in the Declaration of Independence and won in the Revolution of 1776: the freedom to govern themselves."

Elsewhere in the ruling, Scalia called the decision a "judicial Putsch" (like the Nazi one, apparently) and said the court had declared itself "ruler of 320 million Americans from coast to coast."

Rainbow light shows notwithstanding, the pink banners of gay fascism have not yet unfurled over the walls of the White House.

7. Coincidentally, it will simultaneously destroy the entire legacy of human history (and probably the United States).

While Rick Santorum has gone on before about how "every society in the history of man has upheld the institution of marriage as a bond between a man and a woman," on the day of the ruling he put a timeline on just how dramatic the Supreme Court's decision was — that it was the worst thing in 5,000 years or so.

However, since Santorum has endorsed biblical literalism, rejects the theory of evolution and has close ties to the creationist movement, it is safe to say his perception of history is questionable.

Depending on how strictly Santorum interprets biblical perspectives on the age of the Earth, he is either claiming gay marriage threatens social norms dating back to the earliest known human societies or from right about the time God popped the planet out of nothing.

No one has yet come out in favor of bestiality. But what is interesting is Robertson is at least four decades late on Americans admitting oral sex is great.

Either way, for someone supposedly vigorously opposed to sexual immorality Robertson sure seems eager to bring it up at every occasion.

Conservative icon Phyllis Schlafly has a theory about what all this gay nonsense is really about: the extermination of American Christianity.

In May, Schlafly told Talkback with Chuck Wilder the "bottom line" of gay marriage was: "They want to wipe out the Christian religion."

"And most of the other religions do not recognize same-sex marriage," she continued, referring to recent anti-discrimination lawsuits involving business owners who refused to serve gay customers. "I assume there are some Muslim bakers and photographers and other people who have been harassed, but they're not being attacked and they're not being criticized."

If that's true, then it's rather strange that Public Religion Research Institute researchers have found support for gay marriage has grown significantly in recent years to the point where the pro-gay-marriage crowd is stronger among the religiously affiliated. Other research has suggested lower rates of religiosity among queer people has more to do with hostility toward LGBT people by some religious folks rather than the other way around.

10. That pastor was going to set himself on fire.

h/t to Right Wing Watch for originally reporting most of the above examples.