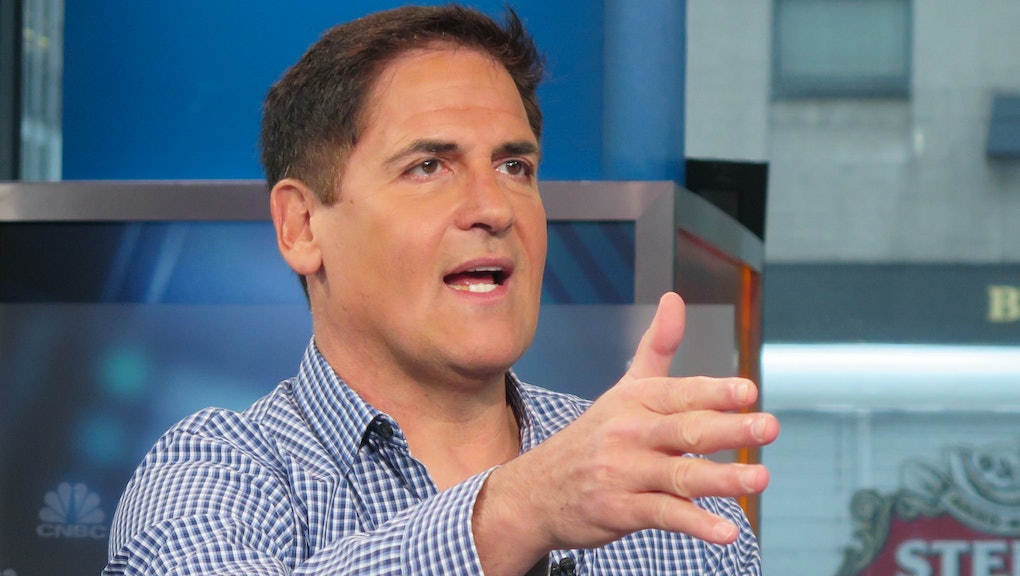 Welcome to the future of gambling. It's time to introduce you to your bookie.

Dallas Mavericks owner Mark Cuban, whose net worth is $3 billion, just invested an undisclosed amount in a company that lets users bet on professional video gaming.

As of Tuesday, esports gaming company Unikrn has raised $7 million to expand its services, which largely include gambling.

"Our mission is heightening the experience of watching esports, and the tip of that is betting," Unikrn CEO Rahul Sood told Mic. "There's no better way to heighten the experience then letting people wager money." That experience is becoming increasingly popular. Imagine sitting at a sports bar, ordering a beer, and putting 50 bucks down against the odds on your favorite team. But that team is competing in Counter-Strike, not the NBA.

Unikrn's new investors include Cuban, Liz Murdoch (of the Murdoch dynasty) and a small handful of leading esports investors. According to Sood, so many people we clamoring to put money into the growing business of esports gambling that he had trouble making room for all of the investors, who offered more money than he needed.

Esports are way bigger than you think. They may not have mainstream relevance, but there are already hundreds of product sponsorship deals, broadcasting rights controversies and esports college scholarships. By some reporters, there were already over 70 million worldwide esports viewers by the end of 2013.

Every year, more news outlets cover the players and events while the viewership for major events in the esports world grows exponentially. ESPN recently published a major profile of Chinese League of Legends star Faker — another step in esports' march into the mainstream, and one that had the esports community lamenting how their beloved sport was finally approaching public attention.

But whether the die-hard fans like it or not, esports are on the rise — so it's about high time you choose your games, pick a team and, if you have a few bucks to spare, start placing your bets.