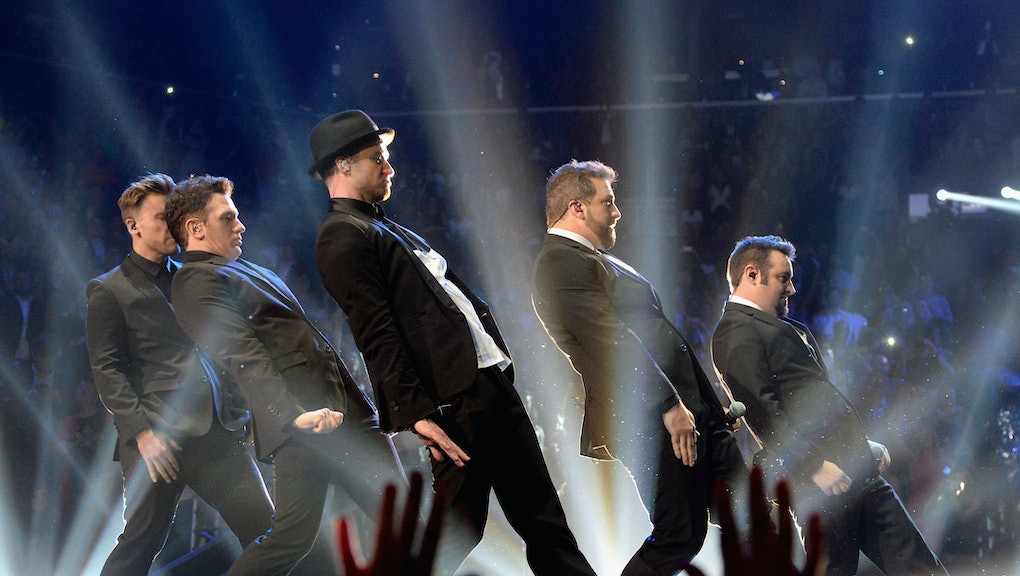 Nineties nostalgia is a massive draw; look no further than any local karaoke bar past 1 a.m. The Backstreet Boys and 'N Sync debate is still alive and well on BuzzFeed, with readers still pining over the loss of Lance Bass' frosted tips. We're still making documentaries about Kurt Cobain. The summer tour circuit of Dashboard Confessional and Third Eye Blind sells out, somehow. Brooklyn's '90s Fest is a thing that Smash Mouth will headline, assisted by Blind Melon, Coolio and Naughty by Nature.

All this music was good back then. It was fine. But the way it buzzes now, you'd think Blink 182's "What's My Age Again?" was an eternal masterpiece on the level of Mozart or Miles Davis. And science is beginning to understand why.

Nostalgia is a hell of a drug. Nostalgic music casts such a spell on us because of how our minds grow through puberty. Our music tastes and social lives go through a period of tremendous flux in our early teens, according to Daniel J. Levitin, music psychologist and director of the Laboratory for Music Perception, Cognition and Expertise at McGill University. He says 14 is the key age. Because of all these new experiences, the music we hear around this time shines with a special resonance.

Music was a important back then, in a way that it's not anymore. Now, we're balancing jobs, relationships, innumerable personal stresses; our habits and personalities are more stable. But for adolescents: "Music alters and intensifies their moods, furnishes much of their slang, dominates their conversations and provides the ambiance at their social gatherings," said Donald Roberts and Peter Christenson, the authors of It's Not Only Rock and Roll, according to a Stanford University press release. Music also divided social groups — metalheads and punks kept far apart from pop music and Jock Jam fans in the cafeteria. And it connected others, setting the mood for our first dance and our first kiss.

Listening back to that soundtrack of Missy Elliott, Alanis Morissette or TLC — whatever it was — can bring back this stage when we were experiencing our most volatile personal growth in living color.

We will likely always love this music. The music we listen to during these formative years gets encoded in the brain in a way the music we hear as adults simply doesn't.

Research out of Cornell University found that participants reported deep emotional connections and high evaluations of quality for music released during the first two decades of their lives, as well as their parent's music, which they likely heard at home while we were growing up. This research builds on findings from 1999 (the year the Backstreet Boys' Millennium came out) that also showed that while people may forget specific experiences tied to certain ages, they will maintain the emotional significance of such times. Music, with its particularly deep connection to memory, offers a particularly powerful way to take us back.

Music and memory. Memories are not stored in any distinct centralized location, but are instead spread throughout the brain. When we process music, we utilize cognitive structures in every single lobe. The way that songs stimulate activity in all these areas can help us access distant memories and feelings. Through music, we can feel our adolescent bliss (or ennui) all over again.

Music can be such a powerful memory aid, it can even help bring dementia patients back to themselves.

Long live the'90s, the decade that's truly good for us.