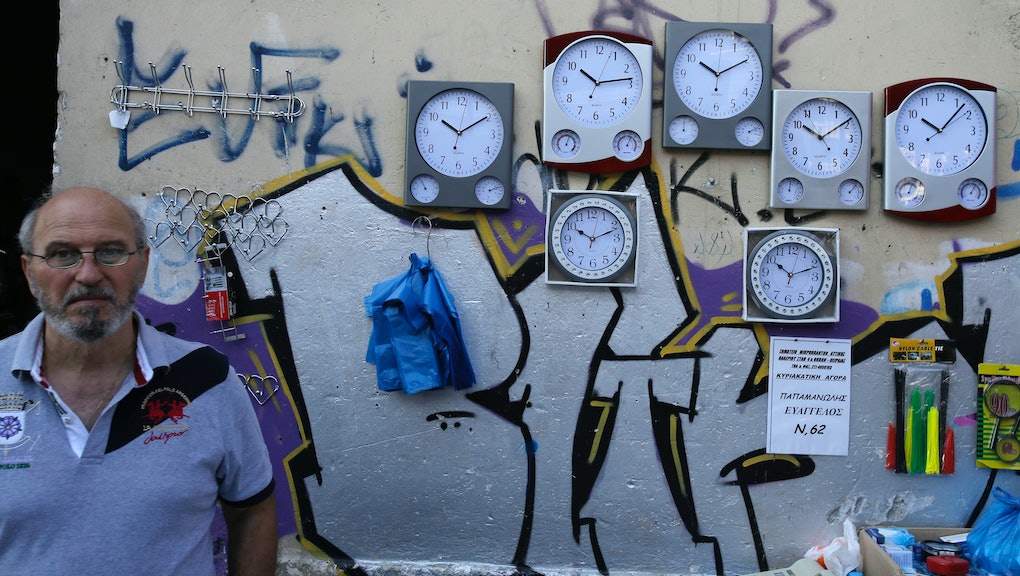 Scientists Are About to Give You an Extra Second of Time

You've always wanted the gift of time, right? Well, the International Earth Rotation and Reference Systems has answered your prayers — once again. On Tuesday, it will be adding a full second of time at midnight.

Commonly known as a "leap second," the IERS piles one on every couple of years to compensate for the mismatch between the atomic clock and earth's rotation. They can only be added in December or June and have be added 25 times since 1972.

Time to panic? For some, this happy addition is a source of consternation. Financial markets across the world are freaking out, described as "Y2K's distant cousin" by some, fearing it will confuse the computer systems the markets rely on.

"These guys are agonizing over it," Steve Allen, a programmer-analyst at the University of California Lick Observatory, told Market Watch. "It is definitely a hassle." What could complicate matters further is the fact American markets will attempt to account for this extra second, whereas Asian markets will continue with business as usual.

Assuming the leap second won't dismantle the financial industry and bring the world to a grinding halt, the extra second is nothing more than a gift. So, start preparing for what you'll do with it. Don't waste any time.