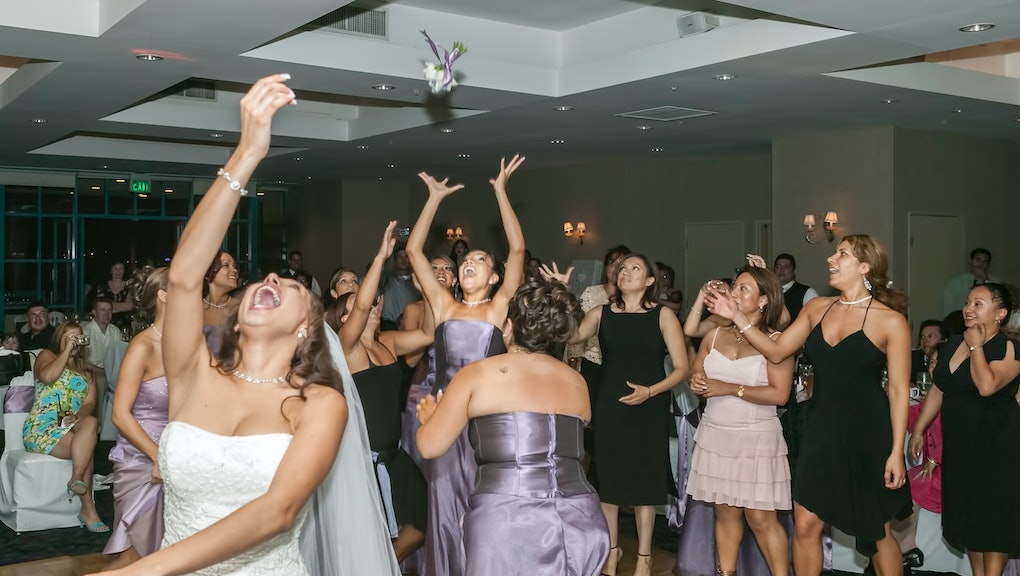 Summer marks wedding season, and weddings are expensive. Americans spend as much as $30,000 to get married, according to a survey by the Knot, and each year the wedding industry sucks up $51 billion. This is to say nothing of the cost in time planning a wedding or even just being a guest at one, all to watch two people walk down an aisle in absurdly formal clothes and say "I do."

Weddings are just one costly summer ritual. Graduations are another, as millions travel great distances at greater cost, only to sit in the heat or rain in their nicest clothes to watch a pageant, full of pomp and circumstance, unfold.

These are the kinds of rituals that fill our lives. Given how costly these rituals are, it's worth asking why we even do them. Rituals may seem like outdated, inconvenient ways of marking life transitions, not to mention unnecessary: Couples who elope (as more and more are doing) still get a marriage license to hang on their walls.

"Every culture has rituals," Michael Norton of Harvard Business School, who has extensively studied rituals, told Mic. "So I started wondering if there was something causal going on. Do these rituals actually do anything?"

Turns out they really do. Psychology researchers like Norton are finding that rituals help people transition through what would otherwise be a tumultuous period of their lives. And they let people savor the milestone they have just reached.

Creating stability at times of chaos: Though people associate events like graduations and weddings with joy, these moments also represent chaotic, potentially frightening life transitions. A wedding brings together two people to start a new, interdependent life. Graduation marks leaving the familiar world of school for the unknown world of work and grown-up responsibilities. Funerals and birthdays are two more examples.

In all four cases, there is a before and an after, as people leave their old world and enter into a new, uncertain one — and those transitions can breed anxiety.

But science shows that rituals help anxieties melt away. Psychologists Jennifer Whitson and Adam Galinsky use the example of tribes on the Trobriand islands to illustrate this effect. Whitson and Galinsky claim those "who fish in the deep sea where sudden storms and unmapped waters are constant concerns have far more rituals associated with fishing than do those who fish in shallow waters."

"When there's a bit of uncertainty in the world," Norton told Mic, "looking for a little bit of order is something humans like to do. It could be by doing a private ritual. It could be by doing a social ritual. Rituals make people feel like they have a handle on things. We know from lots and lots of research that feeling in control is a huge predictor of well-being. People who feel they don't have some control over outcomes in their lives tend to suffer."

To demonstrate the link between ritual and control, Norton and his colleague Francesca Gino of Harvard Business School conducted a series of studies, published in 2013 in the Journal of Experimental Psychology. In one, over 100 individuals were broken into small groups, with one person from each group selected to win $200 by lottery. After winners were picked, they left while the rest stayed to complete the second portion of the experiment. Some drew a picture of how they felt, while others were told to draw a picture of how they felt, put a pinch of salt on the paper, tear it up, and count in their head up to 10 five times.

The ones who performed the ritual, Norton and Gino found, felt less upset about losing the lottery. The reason, they suggest, was that they felt like they had more control over their lives in the moment.

In other work, Norton and Gino have found that people who engage in mourning rituals for lost loved ones ultimately overcome their grief more quickly those who do not. Again, the reason was about feeling more in command of one's lives at a time when things feel particularly out of control.

Savoring an experience: Rituals don't just protect people against the negative. They can also enhance the positive. For example, Gino and Norton, together with Kathleen Vohs and Yajin Wang of the University of Minnesota, have found that rituals help people savor an experience. In one experiment led by Vohs, published in the journal Psychological Science in 2013, the researchers invited half of the participants to perform a ritual before they ate a bar of chocolate, while the other half sat and relaxed before eating theirs.

Vohs and her team found that the "ritual" group enjoyed the chocolate more, rated it as more flavorful, and said that they would pay more for the chocolate than the no-ritual group. Most revealingly, those in the ritual group spent more time savoring the chocolate, taking longer to eat it and deriving more pleasure out of it. In another ritual study, involving carrots, researchers found that doing a ritual increased both a person's anticipated enjoyment of the carrot and his actual enjoyment of eating it.

"Even for boring things like carrots," Norton says, "doing a ritual involves us more, and that makes us like whatever we are doing more. You get more engrossed. You slow down and savor."

It's easy to think that rituals like weddings are pointless and overdone. But that big cake, sparkling white dress or bouquet toss are helping us move through life in a positive and healthy way. There's no need to apologize for embracing it.