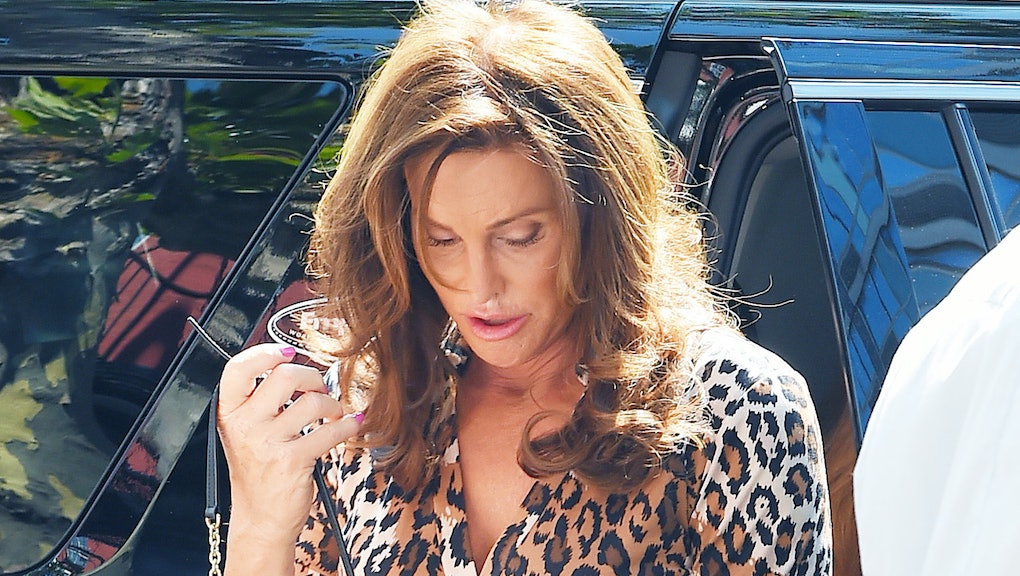 Exactly one month ago, Caitlyn Jenner's big reveal on the cover of Vanity Fair was met with praise and cheers from those supporting trans visibility. It also was met with the beginnings of something more insidious, poignantly captured by Jon Stewart. Jenner, Stewart said in a Daily Show segment, was about to get a taste of what it means to be a woman:

"You see, Caitlyn ... now you're a woman, and your looks are really the only thing we care about."

Boy, was he spot on. Less than a month after Stewart's predictions, the media has wasted no time proving that being a woman — particularly a famous woman — means becoming an object of beauty, subject to constant assessment.

Nowhere is this clearer than in the voracious fashion headlines about what Caitlyn Jenner wears.

For a woman, it's clothes that count most: Following the playbook of modern celebrity style coverage, publications have been regularly churning out articles focused on Jenner's fashion. Headlines regularly mention how Jenner makes the most of her legs when she wears miniskirts, looks sexy when flashing some cleavage and is "partial to animal prints."

Though there is the occasional reference to Jenner's legacy as an Olympian or her upcoming E! series, the media coverage since the announcement has largely transitioned to a superficial level that's all too common for female celebrities, obsessing over her  "best looks" or her "seriously chic style."

As with other female celebrities, the media interest isn't limited to Jenner's red carpet appearances. Every step she takes — heading to dinner, running out to get coffee — is an opportunity to assess Jenner's clothing, hair and makeup choices. (Remember all the breathless fashion coverage Jenner used to get when going out in polo shirts and sneakers? Neither do we.)

When you're a woman, simply existing in the world leaves you exposed to fashion policing.

Celebrating only when the beauty fits the norm: To say that the response to Jenner has flipped since she first began her transition is an understatement. Just a few months ago, before her interview with Diane Sawyer and the Vanity Fair shoot, tabloids were ridiculing Jenner for wearing makeup and nail polish.

Now that Jenner is a female tabloid fixation, the media has changed its tune. In fact, the reception has swung to the other extreme, piling on praise for her "glamorous" looks. Such coverage not only trivializes Jenner as it claims to embrace her; it also doubles down on traditionally feminine beauty standards — and how important they are for trans acceptance — in a dangerous way.

As Laverne Cox pointed out in a Tumblr post after Jenner's Vanity Fair cover, people's praise of that cover risks affirming that she is worthy because she embodies traditionally "feminine" beauty standards. That's not the case for all transgender people. "There are many trans folks, because of genetics and/or lack of material access, who will never be able to embody these standards," Cox wrote.

Nor does every trans woman want to.

Jenner's eager embrace of glamorous women's clothing is a choice she seems genuinely excited to make. But it's a choice nonetheless, as she experiments with what feels right for her, just as so many other trans women do. As Jessica Diehl, the stylist who worked with Jenner on the Vanity Fair shoot, said, "Hopefully she'll get to just have fun with it rather than have the fashion police judging what she wears every day."

So far, no such luck: The media seems eager to embrace Jenner as a woman when she conforms to our ideals for fashionable female celebrities. But that shouldn't be the bar trans women must meet to enjoy full acceptance.

In fact, it shouldn't be the bar any woman must meet at all.