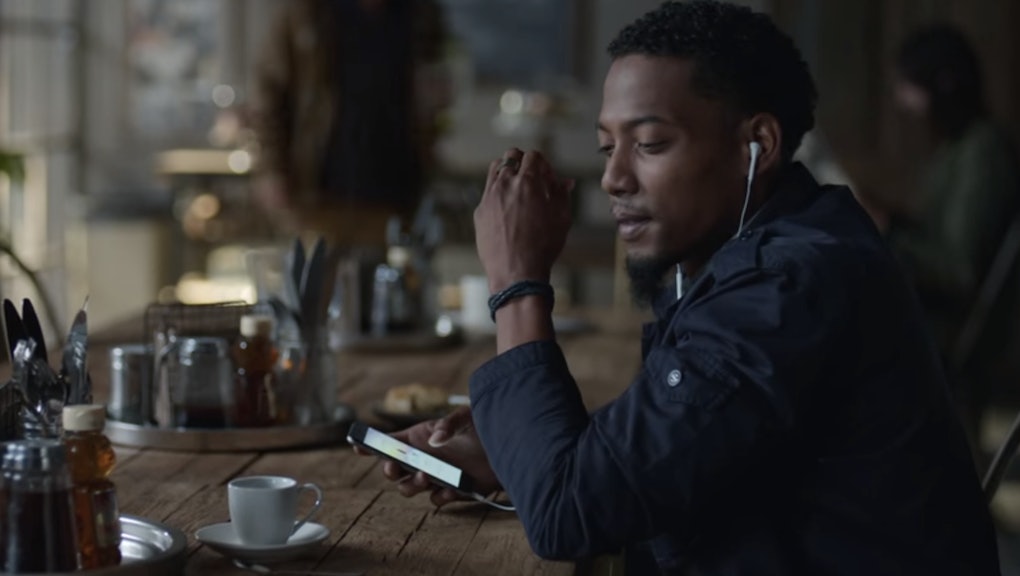 Let me start by saying I'm not an Apple fan. There's a near-religious fervor among members of the media, the general public and an unseeing fandom that deifies Steve Jobs and his capitalism while preaching the Triumph of Design gospel. I do not consider myself one of the faithful. The company is a haughty, monied megalith that manufactures products for the urban wealthy at enormous cost to the people who make them.

But on Tuesday, Apple released Apple Music, a service to compete with Spotify. Spotify is a service I use happily, and it brings me no joy to repatriate even more of my money into Apple's bottomless coffers. But Apple Music might just be — and I have a hard time saying this — better. They're giving all of us a free three-month trial starting now, and I'm not sure if I'll go back to Spotify after my trial is over.

Apple Music has everything Spotify has.

Here's what Spotify has: an enormous music library, curated playlists, algorithmically generated radio stations and the ability to play files stored on your computer — all for about $10 a month.

Apple music has all this, even down to the approximately 30-million-song library. There are minor discrepancies — Apple has Taylor Swift and, like, one new Pharrell Williams song — but they're not the kind of holistic differences you'd see between Netflix, Hulu Plus and Amazon Prime. If it's on Spotify, chances are it's on Apple Music.

It doesn't have that feature from Spotify where the app finds a song that syncs with your run, but I've never used that anyway.

Apple has real radio too.

Internet radio services like Pandora and Spotify Radio are not radio. Radio is live; it has hosts, interviews, mistakes, conversations and curators willing to take you outside of your comfort zone. This kind of live radio has been neglected while startups build better and better algorithms.

Apple is investing in the idea that humans serve humans better than algorithms. They've hired top talent from around the globe to launch Beats 1, a live, 24/7 radio station.

It's imperfect so far. Some Twitter users who have forgotten how radio works don't like that DJ Zane Lowe talks so much during his show or that expletives are censored. Apple should hurry up and add more channels, some say. But Apple clearly understands that, given the rise of live-streaming platforms, people want to hear more from other people than recommendation engines. And users are already hearing reruns — but, let's be honest, St. Vincent's show Tuesday night was dope.

The app is gorgeous.

Of course, it's still tough to find certain things, add songs to your music or do many of the common actions you'd be familiar with on Spotify, but that could just take some getting used to.

I still have a list of demands for Apple Music.

The app is far from perfect; after all, you should never bank on the first generation of an Apple product. So here's my list of serious demands: Everything I'd like to see, or else I very likely will just go right back to using Spotify.

Find me better playlists. Pre-made playlists are one of the best ways to keep an eye on new music. If you're the kind of person who loves The Weeknd and Banks, Spotify's "Alternative R&B" playlist updates each week with new picks.

Apple has plenty of playlists, curated by either Apple or publications like Pitchfork, Vice and GQ. But Apple's own playlists just aren't inspiring, which is exactly what playlists are meant to do.

Adding life into playlists should be a top priority for Apple, especially if they're not going to let us import our playlists from other services.

For example, in Spotify's "Focus" category, there are playlists like "Calm Before the Storm," "Deep Focus," "Think Tank" and "Epic All-Nighter." These playlists are reliable, consistent, evocative, constantly updated and have custom artwork. I know that "Brain Food" is a darker playlist that will always get me through long writing projects, and that "Lost in the Clouds" is the sort of reading playlist that becomes a sleeping playlist if my eyelids get heavy.

But Tuesday night, in full workaholic mode, I went to Apple's analogous "Studying" section, buried strangely in the "Activities" section of the "New" tab, and found a flavorless array of playlists like "Classical for Studying," "Downtempo Beats for Studying," "Minimalism for Studying" and (get ready for a curveball) "Smooth Jazz: Studying." It was the only time in the past 24 hours when I went back to Spotify. As I write this, I've fallen into Spotify's "Pure Serenity" playlist and I can't get back out.

Adding life into playlists should be a top priority for Apple, especially if they're not going to let us import our playlists from other services.

Get podcasts in there. Podcasts are having a moment — some are even calling it podcasting's Golden Age.

You'd think that since Apple taught the world what a podcast was back in 2006, it'd keep podcasts in mind for the greatest overhaul to its audio platform in years. But since 2013, podcasts have been silo'd off in Apple's clunky, ugly Podcasts app.

Instead, Apple Music should populate every podcast as an artist page. Their service for interacting with artists, called "Connect," would be a great tool for journalists, producers and hosts to add little video extras and bonuses. And how convenient would it be if you could divvy up podcasts like Serial and Startup by seasons, organized like you would with a musician's albums?

Anyhow, Apple should get on it soon, because Spotify is fast on its way to adding podcasts to their app.

Be a home for independent artists, Apple. Don't just claim you are. As Trent Reznor says in the Apple Music promo, Apple Music is supposed to be a home for "not just the top-tier artists but the kids in their bedrooms too," which makes it sound like they also want to come after Soundcloud and become a YouTube-like destination for professionals, amateurs and everyone in between.

If Apple allows for more radio broadcasters, they'll have truly invented a new space, and Spotify will be made irrelevant.

But the real coup would be opening up Apple's radio platform. Real Internet radio basically doesn't exist the way it used to in the days of terrestrial radio. So far, Apple has launched one experimental radio station. But if it opened up Apple Music to broadcast an audio feed live, top-tier creators would likely rush in at the opportunity. The greatest live-radio community on in the Internet would be born overnight.

If they did that, they will have truly invented a new space. It wouldn't be about competition anymore. Spotify would be a true artifact of history.