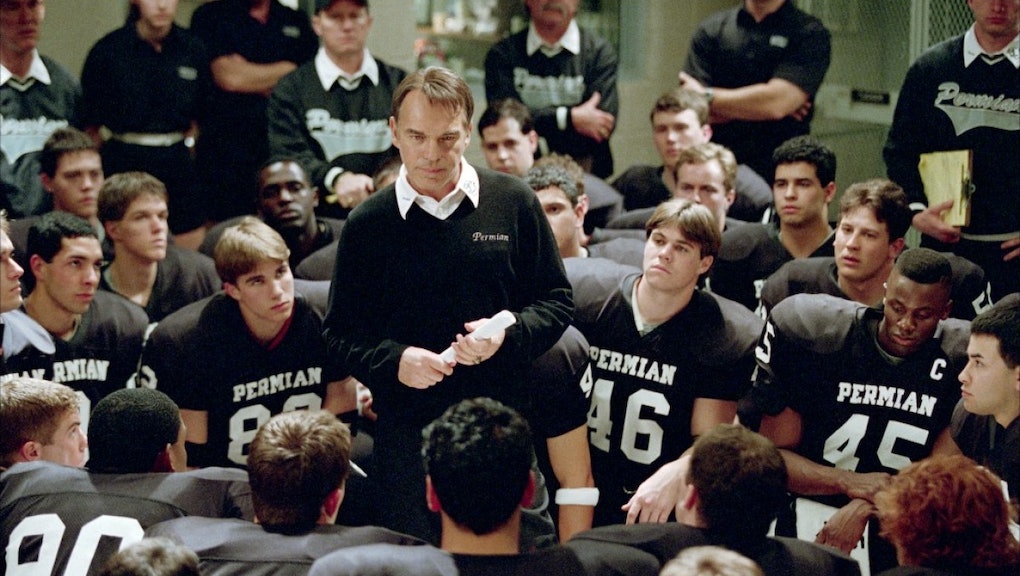 If you're looking for a movie to make you feel patriotic for Fourth of July, streaming services have no end of options for you. But how much "America" are you really getting out of a movie like Independence Day? There may be that one inspirational speech, but it's hardly a reflection of what it's actually like to live in the United States.

To that end, we've compiled a list of 12 movies, all available to stream on demand, that explore different aspects of living in the U.S. today. From the startups of Cambridge to the strip clubs of Tampa, these are the slices of life that will give you more "America" vibes than you can handle.

Long before Transparent, Felicity Huffman earned an Oscar nomination for playing a trans woman on a road trip across the country with her newly discovered son. Not only does the film have an across-the-U.S. aspect, but it also reflects on what life is like for a percentage of Americans eager to be heard. It's a stirring drama anchored by Huffman's tour de force performance.

Putting the "modern" in "modern America," The Social Network blends the up-by-your-bootstraps independence of the American dream with the high-tech world of social media. Mark Zuckerberg may not seem like a Fourth of July hero, but there's something truly American about his journey to the top. He may not have always made friends, but he achieved greatness.

Too often, depictions of America are limited to the coasts. In reality, the richness of the American experience for many lies in the heartland, and Nebraska manages to let that heart beat despite a cool black-and-white exterior. Praise the performances of old, bitter married couple Bruce Dern and June Squibb: Their love in spite of (because of?) decades of marriage is truly heartwarming.

Between TMZ and the tabloids, Americans have a fixation on celebrity culture. No movie shows the hazards of this better than Beyond the Lights, director Gina Prince-Blythewood's love story about a near-suicidal pop star falling for a cop. "I'm free at last, free from you," star Gugu Mbatha-Raw sings in the film's finale. "Free from the past, freedom at last." If that isn't an Independence Day sentiment, nothing is.

Even greater than America's love of celebrities is its love of sports, and Friday Night Lights understands that fixation completely. While the NBC series adaptation has become the definitive version of H.G. Bissinger's original book, there's tremendous value in the 2004 film. Starring Billy Bob Thornton, Friday Night Lights is a microscopic look at a national fascination. It inspires us.

For many, the true meaning of America lies within a family, idiosyncrasies and all. Little Miss Sunshine tells the story of one family with plenty of weirdness to go around, and a love that bonds them despite that. When spending hours with family on the Fourth of July, this is the kind of movie you need to remind you that no matter how much they grate, their connections are invaluable.

Sadly, one definitive piece of modern Americana is wrongdoing on the police's part. The Thin Blue Line, a 1988 documentary about wrongful conviction, is a powerful reminder that such actions aren't new, but ingrained into the country's culture. This documentary will fill you with anger — and that's necessary.

In 2009, director Jason Reitman struck gold with a tale of economic hardship at a time where getting fired was a horrifying reality. While the economy has improved since the recession, there's still great relevance to be found in Up in the Air. Bonus: a pre-fame Anna Kendrick, Oscar-nominated for this role, at her finest.

Laugh if you must! But Magic Mike, with a sequel in theaters now, tells a story about an incredibly specific subculture with themes that resonate for all Americans. Mike (Channing Tatum) struggles to make ends meet! Adam (Alex Pettyfer) seeks a more exciting life! The strippers in Tampa may not look like me or you, but their story is a tale that hits home.

Harvey Milk deserves to have his memory enshrined among the ranks of the great civil rights heroes. Thanks to Sean Penn's bravura performance in this biopic, he very well may be. Penn imbues Milk with the right amount of strength to vulnerability, and tenacity to heart. Considering the recent institution of marriage equality in the U.S., it has become all the more vital to remember one of the heroes who dedicated his life to make that possible.

Summer is a special time for Americans, filled with beach trips and time spent with family. The Way, Way Back aims to amplify that sense of nostalgia for the past. There's something about the movie that keeps it from being pigeonholed in one particular time. Remove the cellphones and this story about a boy who finds his purpose at a water park could take place in any modern decade. The fact that it still works today says something powerful about the core American summer experience: It's timeless.

Like The Thin Blue Line, Selma shows us something about America that isn't pretty. The iconic bridge sequence in Ava DuVernay's drama looks strikingly similar to what happened in Ferguson, Missouri, all too recently. The themes of racial oppression echo too loudly in 2015. Thank goodness we have heroes like the Americans shown in Selma to right wrongs, no matter what it takes. We need them. We need movies like Selma.