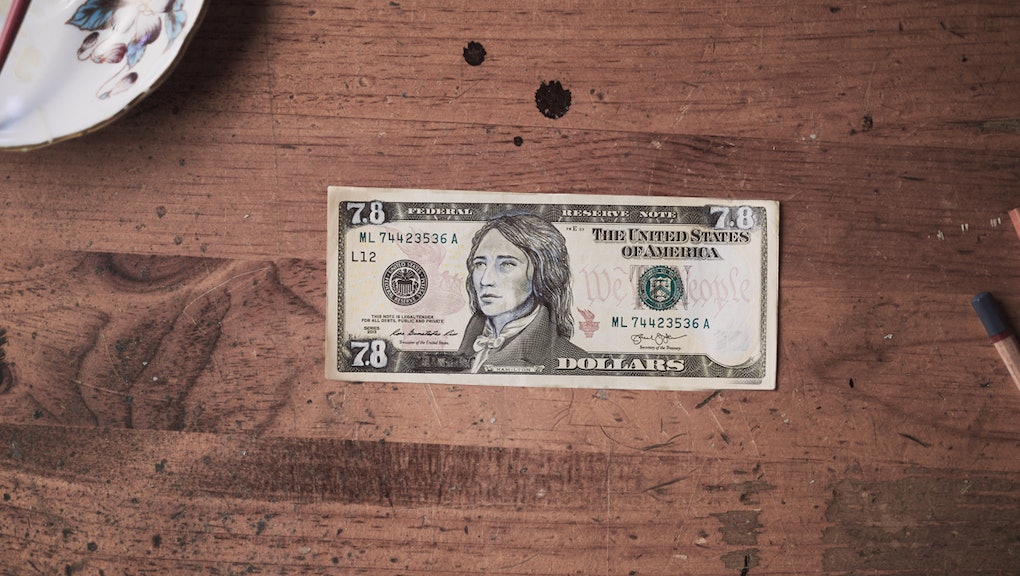 For months, women across the United States championed one organization's call for a woman to appear on the $20 bill. It seemed they succeeded in June when Treasury Secretary Jack Lew announced that for the first time in more than a century, American paper currency would be updated in 2020 to feature a female figure.

But this so-called victory left much to be desired: Not only was the specific call for former President Andrew Jackson to be removed from the $20 bill based on his racist legacy ignored in favor of making over the $10 bill, but some have also questioned whether representation is even the most important issue to focus on when it comes to American women and money.

The American Association of University Women illustrated this point in a video response to the Treasury's #TheNew10 campaign, calling for designs for the new bill. The video depicts how the $10 bill would have to be redesigned to actually reflect the reality of American women.

They make the point that replacing Hamilton with a woman isn't quite sufficient.

The very value of the bill would have to change to $7.80, to reflect the fact that, according to the U.S. Census Bureau, women earn 78 cents for every dollar a full-time male worker earns, on average. Research by the American Association of University Women shows that at the current rate, this pay gap will not close for another 124 years.

Furthermore, the pay gap only increases for women of color for a variety of factors. One such reason, according to a Center for American Progress report, is that women of color are more likely than white women to experience the dual responsibilities of providing for a family: Single mothers led 21.6% of African-American and 14.5% of Hispanic households as compared to 7.4% of white households. The jobs available to women of color also play a significant role according to the same report, as only 35% of black women and 26% of Hispanic women were employed in higher-paying professions as compared to 48% of Asian and 43% of white women.

"Is this really what equality looks like?" video asks in the end. "Demand more than symbolic change with #TheNew10."

And AAUW putting this call to action with their Fight for Fair Pay campaign, encouraging Americans to urge Congress to address the pay gap and provides education tools that can empower women to advocate for themselves.

This video and corresponding campaign is a timely reminder that as we celebrate our nation's independence this weekend, we must remember that economic freedom and autonomy is necessary to live this ideal — and no American, regardless of gender, race or any other factor, should be denied that right.