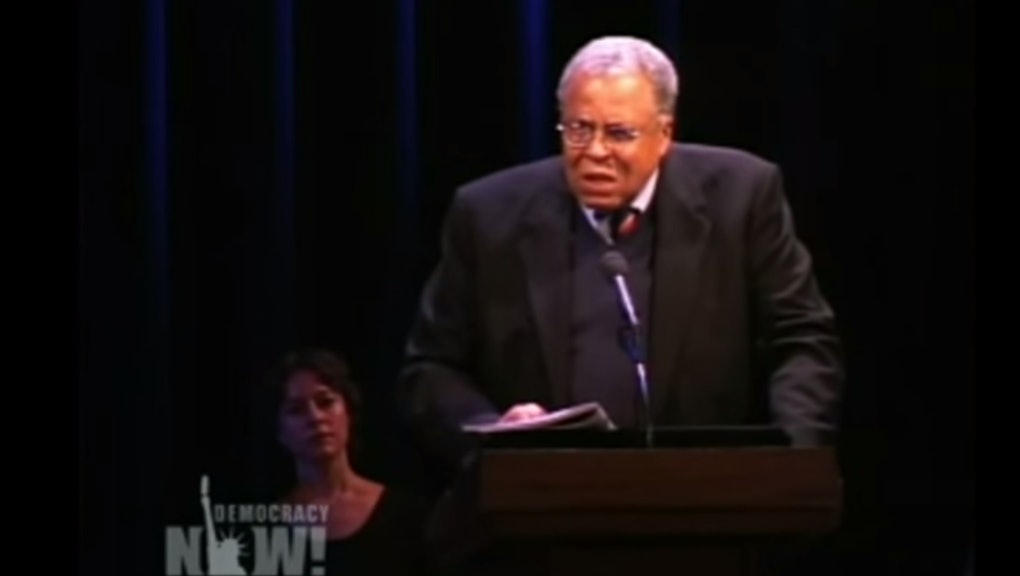 The Fourth of July is a day of celebration, pride and triumph for the American national identity. But this country's citizens often forget that much of the United States' economic empire was built on slavery, bloodshed and oppression, as well as the wholesale looting and abuse of helpless captive populations such as enslaved and Native peoples.

In 2004, James Earl Jones gave a powerful reading of escaped slave and famed American orator Frederick Douglass' "The Meaning of July Fourth for the Negro," written in 1852. In one of the most powerful speeches of United States history, Douglass told his audiences that slaves had nothing to celebrate on Independence Day, because it served as a constant reminder of white dominance over them. Watching Jones, a similarly powerful orator, deliver the address is nothing short of breathtaking.

"This Fourth of July is yours, not mine," Douglass says. "You may rejoice, I must mourn."

Then he launches into a denunciation of the crimes that the United States was committing at that very moment, from slavery and genocide to toleration of massive corruption at all levels of government. Douglass announces that the nation is lost to "convincing argument" and thus "scorching irony," which requires "the storm, the whirlwind, the earthquake" to wrench Americans out of the mentality that resulted in this system of oppression.

To him, your celebration is a sham; your boasted liberty, an unholy license; your national greatness, swelling vanity; your sounds of rejoicing are empty and heartless; your denunciation of tyrants, brass-fronted impudence; your shouts of liberty and equality, hollow mockery; your prayers and hymns, your sermons and thanksgivings, with all your religious parade and solemnity, are, to Him, mere bombast, fraud, deception, impiety and hypocrisy — a thin veil to cover up crimes that would disgrace a nation of savages. There is not a nation of the earth guilty of practices more shocking and bloody than are the people of these United States at this very hour.

The whirlwind Douglass called for was already commencing in a very real way. By 1865, the American Civil War had killed at least 618,000 men (and possibly more) in just a handful of years, liberating the slaves and changing the United States forever.

While patriots the nation over can and should celebrate our national pride, Jones' emotional reading of Douglass' speech offers a window into an era that suffered from many of the injustices that still plague our country in these very different times.

Watch the reading below, or read the transcript courtesy of Democracy Now: