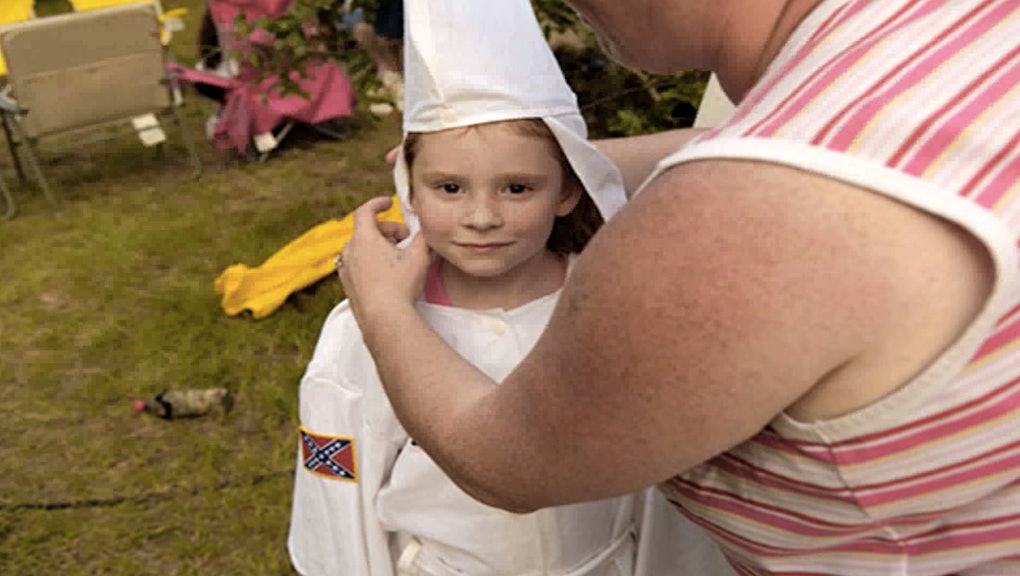 An Arkansas chapter of the Ku Klux Klan recently announced it will be hosting a multi-day rally filled with "fellowship, instruction, motivation [and] FUN" during Labor Day weekend.

The "Knights Party," based in Harrison, Arkansas, is among the most prominent of the Klan's many chapters. The group writes on its website the event will include such staple family activities as folk dancing, Bible study and cross burnings. "Lots of door prizes" are also promised.

To make the event family-friendly, the Knights have urged attendees to bring their children along, even promising to operate a "very small nursery" for infants and toddlers at the conference hall.

"Your children are the target!" the event website reads. "Those that hate our heritage and faith have targeted America's children. Schools are indoctrination centers for homosexuals and race-mixers. Even our churches aren't safe. Television is full of filth!"

To that end, the Klan urges attendees to wear business casual attire and to comport themselves with "Christian behavior." Violators run the risk of being expelled from the retreat.

A spokesman for the Knights Party was unavailable for comment.

Klan and white supremacist activity has surged in recent weeks in the aftermath of the Charleston shooting. The alleged shooter, himself a white supremacist, had been inspired by online hate groups and had allegedly hoped his actions would incite a race war. Klan elements defended his actions shortly after the massacre that left nine dead in one of the South's most historically black church.

Not content to rally among their own, Klan members have also waded into the political debate surrounding the removal of the Confederate battle flag that currently flies above the South Carolina Statehouse in Columbia. A North Carolina chapter of the Klan plans to gather at the capital on July 18 to demand the flag remain in place. Bipartisan support to remove the flag spiked in the wake of the shooting, which counted a South Carolina state senator among its victims. A formal debate to determine the flag's fate began in the state legislature on Monday, where pro-removal forces are expected to prevail.

The emergence of the Ku Klux Klan should settle once and for all the debate over the true meaning of the Stars and Bars. If the flag designer's own words were not enough, the support of the U.S.'s most notorious hate group should remind everyone that the last nail in this coffin is long overdue.