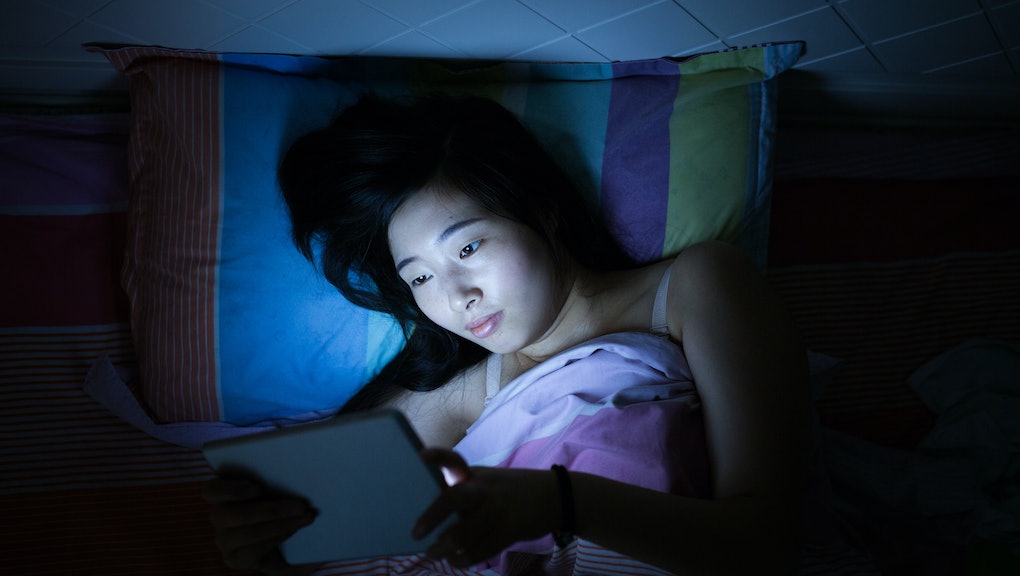 Next time you're awake into wee hours of the night, adding item after item to our online shopping carts and yet never actually clicking "continue to checkout," try not to feel so guilty about it. As it turns out, that might actually be the smart way to shop.

It found that shoppers aren't actually lingering on store websites for too long — and they're spending less when they do make a purchase. Between the first quarters of 2014 and 2015, the report noted, the average order value dipped (slightly but notably) from $125.15 to $122.65.

We're not addicted to online shopping; we're doing research. As Sarah Halzack of the Washington Post wrote, the data "might simply mean that many shoppers are researching an item online, only to make the purchase at the retailer's brick-and-mortar store later."

Welcome to the era of "webrooming": What we're doing, experts say, is "webrooming," the savvy practice of scrupulously researching an item online before making a purchase in stores. Odd name aside, it's a term that's been cropping up more and more among retailers, according to Mobile Payments Today, because it's changing the way we spend money.

With all that research going on, shoppers are feeling more empowered to ask for better prices in-store, and they're saving more money in the process, according to FierceMobileRetail:

That webrooming trend reverses companies' previous fear of "showrooming," in which customers would come in to a store and try on clothes for fit and feel, then leave and look for the cheapest option online. Now, savvy shoppers appear to be doing the complete opposite.

It's a young person thing: Wealthier shoppers still prefer the brick-and-mortar experience, according to research firm Luxury Institute. Of more than 1,600 shoppers surveyed who earn more than $150,000 a year, few said they researched what they want to buy before actually shopping, according to Bloomberg. Which makes sense: If you have a comfortable income, you might not think it's worth the energy to comparison-shop to save a few bucks.

On the other hand, those bleary-eyed millennials (most of whom likely fall outside the $150,000+ range) are rather conservative about planning splurging. According to data reported by Time, "whereas seniors make purchases 72% of the time, millennials pull the trigger only on 57% of their shopping (more like browsing) ventures."

Up all night, unable to tear yourself away from the Anthropologie website? It's not necessarily a bad thing. Next time your friends give you a hard time for endlessly browsing online stores, simply tell them you're doing research and saving money while you're at it. Aren't millennials supposed to be excellent multitaskers anyway?