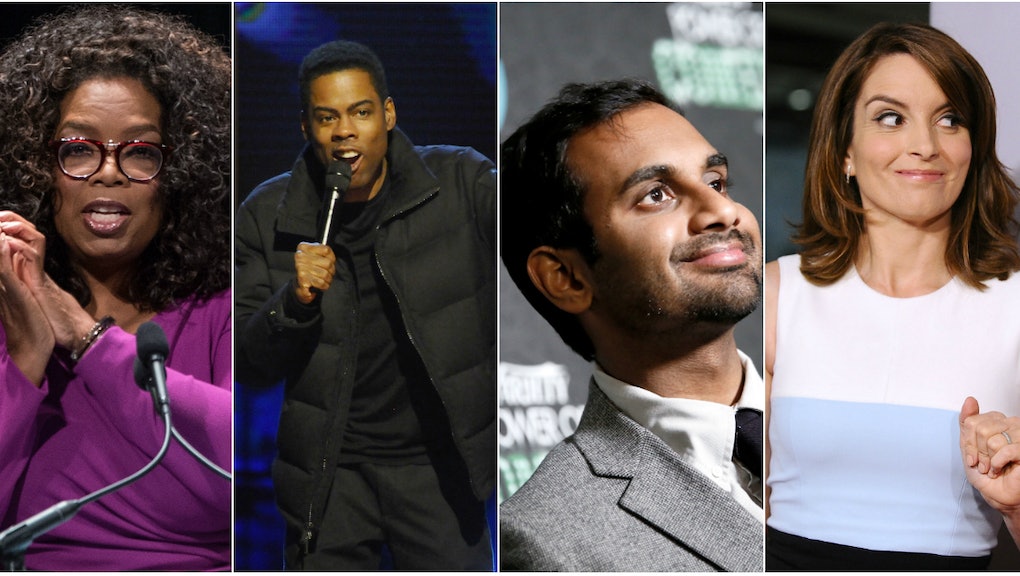 It's easy to get stressed out over dating. We pore over dating stories, consult friends on the simplest texts, try to game algorithms and obsess over the signs or checklist items that will tell us when it's "right."

But amid all the stress and ambivalence, we can forget one important, uncomplicated truth about dating: We just want to spend time with someone we like. That's about it.

And with research proving that passion tends to fade over time, we'd all be better off if we stopped freaking out about the One and just started looking for someone awesome we like hanging out with.

Need a reminder that it's really just that simple? Allow these 9 celebrities to cut through the bullshit.

1. Miley Cyrus: "We want to find someone we can talk to."

We've seen countless think-pieces about the dangers of hookup culture. But sex with no strings attached really isn't all it's cracked up to be, even for young people. As Miley Cyrus explained in an interview with Time, we're really searching for someone who gets us on a deeper, more meaningful level.

2. Trey Songz: "I love their conversation and I love being around them."

Even rapper Trey Songz admitted that sex isn't the end-all, be-all of a relationship. He told Madame Noire that despite what people may think, it's great conversation that keeps him interested in a woman. Just being around someone pleasant can be the biggest turn-on.

3. Jennifer Lawrence: "I'd rather just have a peaceful time."

Leave it to Jennifer Lawrence to say she prefers reality TV to passion in a relationship. Sure, passion sounds more romantic, but as the actress told Vanity Fair, you know you're in a great relationship when you can share your guilty pleasures (and bodily functions) with your S.O.

Bad boys (and girls) are highly overrated, Tina Fey recently said in an interview with Vanity Fair. She's got a point: Why choose drama over kindness? When the exhilarating novelty of dating someone dangerous fades, we really would rather spend time with someone who will be nice to us.

5. Aziz Ansari: "What you really want is someone you can ... do nothing [with], and feel like it's the most fun ever."

Aziz Ansari took a hard look at millennials' dating rituals for his book Modern Romance, and he found that too many people are clinging to "ideal girlfriend" checklists, he told the New York Post. But the truth is, all you need is someone you can hang with doing absolutely nothing — that's the simple criteria that matters.

When Jennifer Aniston told Glamour what she needed in a relationship, she listed qualities that speak to a person's character. Research has shown that these traits are crucial to maintaining a lasting relationship — and are what you want to spend time with.

7. Chris Rock: "The only exciting relationships are bad ones."

As Chris Rock jokingly explained in his stand-up show Never Scared, good relationships are comfortable, predictable and, yes, may seem a bit boring. But a relationship filled with drama-fueled excitement is hardly a better alternative in the long run.

8. Khloe Kardashian: "I crave companionship – I just want to cuddle."

Despite what the occasionally raunchy exploits of the Kardashian clan would have us believe, Khloe Kardashian told Cosmopolitan UK that it's not about wild sex, but spending time with a kind companion. After all, cuddling can actually be just as awesome as sex.

9. Oprah: "When the wedding day limo breaks down, [you want someone who] is willing to share a seat on the bus."

As Oprah Winfrey wrote in O Magazine, the real sign of true love is not a bouquet of roses, but the commitment to through thick and thin, when it's really just about being kind and generous. That's all we really need.

Seems like Gilmore Girls had it right all along...