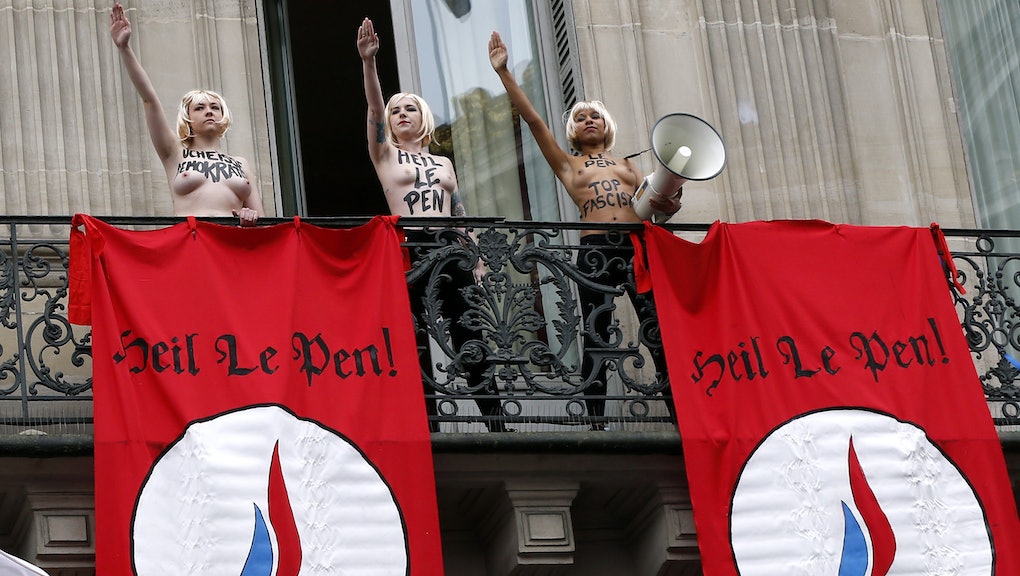 By now, the sexist double standards of social media user policies are well-documented and hotly contested. Social media platforms such as Instagram allow men's nipples, but not women's, and there have been various campaigns and efforts to tackle this institutionalized sexism.

However, artist Micol Hebron has come up with an ingenious, previously untried method of circumventing these rules while simultaneously highlighting how absurd they are. The idea is simple: Since men's nipples are allowed, women can Photoshop men's nipples over their own, which should make their topless pics technically acceptable.

Though she proposed this measure a year ago, people have only recently started reposting her original template, reigniting the practice of Photoshopping men's nipples onto women's.

Women posted topless pictures of themselves while adhering to the ridiculous stipulation.

The #FreeTheNipple movement has gained steam in the past year, sparking an international debate across various social media platforms. The restrictions on anatomy are seemingly arbitrary at times, with Instagram permitting male nipples and stating "nudity in photos of paintings and sculptures is OK," in the site's Community Guidelines.

Model Chrissy Teigen is the latest in a string of celebrities to take a stand against the rules, drawing attention to their irrationality by posting photos with filters that made them look like paintings and drawings. (They were still taken down.)

While social media may attempt to restrict female nipples, the irony is that the very same platforms are often perfect for women to protest these restrictions. The increasing number of women who've pushed back against the rules — previously, pictures of breastfeeding mothers and women's post-mastectomy scars were barred — will help make gender disparity, when it comes to how we present and interpret our bodies, a thing of the past.