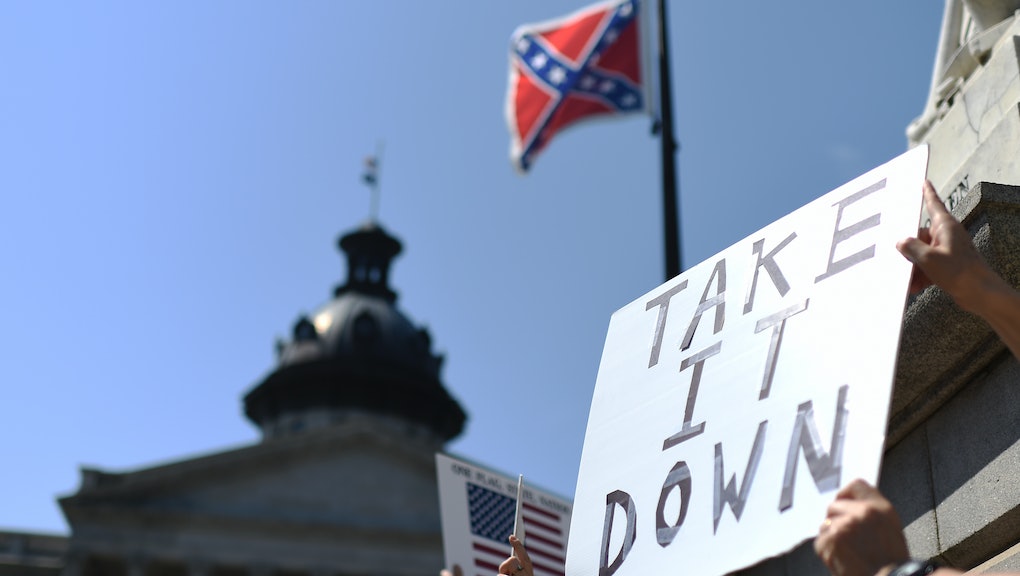 On Monday, the South Carolina state Senate voted to remove the Confederate battle flag from a pole on the Statehouse grounds by a 37-3 margin, far surpassing the required two-thirds tally.

The bill is still subject to a final two-thirds vote in the state House, where it will likely face strengthened opposition from right-wing legislators. If it passes the House, it will then moved to the desk of South Carolina Gov. Nikki Haley, who has previously promised to sign any such legislation.

The movement to take down the flag began shortly after a vicious gun massacre at Charleston, South Carolina's historically black Emanuel African Methodist Episcopal Church, during which a self-professed white supremacist shooter killed nine African-American parishioners, including state Sen. Clementa Pinckney. Many publicly tied the shooter's racist ideology to the Confederate symbol flying outside the Statehouse, quickly winning allies like Haley, who said that it was time to pull down the flag in a press conference shortly after the shooting.

Last month, activist Bree Newsome climbed the pole early one the morning and took down the flag herself. Newsome was arrested, and the flag was soon replaced.

The most vocal of the opponent in the state Senate was state Sen. Lee Bright (R), who Mediaite reported tied the removal of the flag to the "abomination colors" of the rainbow LGBT flag flying across the country following the Supreme Court's recent decision legalizing gay marriage. Bright told the chamber, "We can talk about a flag all we want, but the Devil is taking control of this land."

While the bill to take down the flag still has to clear its most difficult obstacle in the state House, activists can take heart that Senate opposition to the legislation was reduced to a handful of extremist holdouts instead of the bitter hostility encountered in previous attempts.