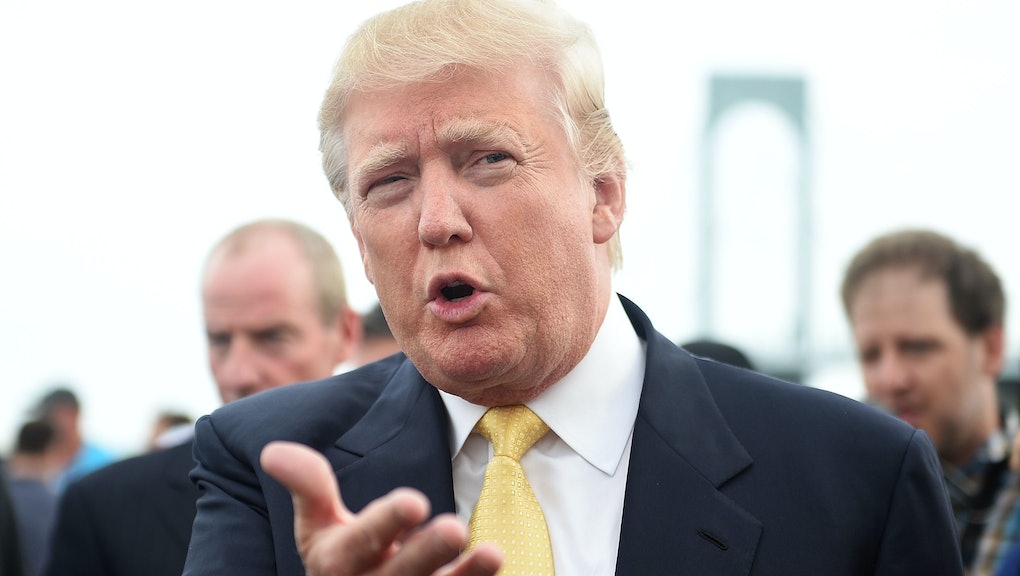 In a statement released Monday, Republican presidential candidate Donald Trump defended his anti-Mexican remarks, in which he described Mexicans as drug dealers and rapists at the June 16 launch of his political campaign, arguing they were "deliberately distorted by the media."

"Many fabulous people come in from Mexico, and our country is better for it," Trump writes in his statement. However, he quickly adds that many Mexican immigrants bring "tremendous infectious disease" and saying there are "Mexican cartels that arrange to have Mexican immigrants trying to cross the borders and smuggle in the drugs."

According to Trump's statement, the Mexican government is "pushing the bad ones" on its neighbor to the north and the "United States has become a dumping ground for Mexico."

Trump attempts to substantiate his claim that many Mexican immigrants are drug dealers, rapists and criminals: "This was evident just this week when, as an example, a young woman in San Francisco was viciously killed by a five-time deported Mexican with a long criminal record."

Trump says he has "respect for Mexico," but its leaders were "more cunning." This is allegedly how the United States repeatedly gets taken advantage of south of the border.

"I have great respect for Mexico and love their people and their peoples' great spirit," Trump writes. "The problem is, however, that their leaders are far smarter, more cunning and better negotiators than ours."

Trump admits he's paid a price for his candidacy, stating, "I have lost a lot during this presidential run defending the people of the United States." But the sacrifice has been worth it, as that he's shrewd enough to know how to defend the U.S. from Mexico, making him a good potential president. As leader, Trump would understand "the Mexican government is not our friend ... and why should they be when the relationship is totally one-sided in their favor on both illegal immigration and trade."

The candidate persists with his campaign, but the question is at what price. After already losing a number of major business deals, including relationships with Macy's and NBC, his additional comments and qualifications could bog him down in an even deeper quagmire.