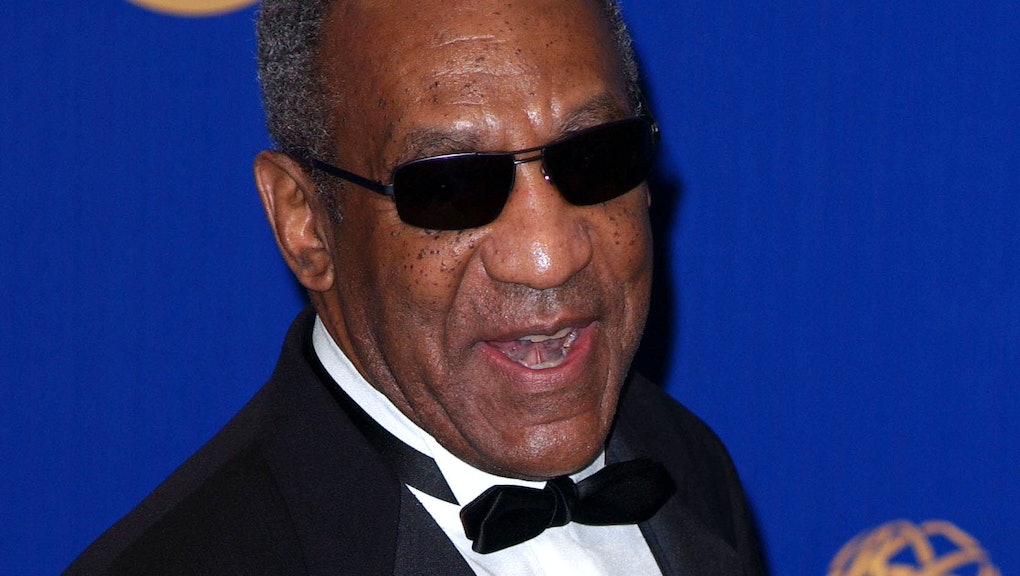 On Monday, the painful Bill Cosby saga was reignited when the Associated Press reported on a 2005 deposition it obtained from a lawsuit, brought by a woman Cosby worked with at Temple University, in which the alleged rapist testified under oath.

According to the court documents, Cosby testified that "he got Quaaludes with the intent of giving them to young women he wanted to have sex with," the AP reported. "He admitted giving the sedative to at least one woman and 'other people.'"

The deposition is just another development in a string of slowly swelling stories about Cosby's dark past and history of rape accusations by dozens of women.

Outraged Twitter users wasted no time using the development as an example of what's wrong with American rape culture, in which the default assumption is often that women are lying or exaggerating and the accused men, are innocent, wrongly having their reputations marred. Many argued the rape allegations only become accepted as ironclad reality after official court documents recorded Cosby's admission — despite the detailed accusations of more than 40 women.

These tweets raise an uncomfortable point about how the media and society treat rape survivors, particularly when the accused is a powerful, wealthy man. Women who make allegations of sexual assault are more likely to to be telling the truth than not. While a debate on the statistical likelihood wages, almost every estimate states the majority of claims are true.

As more women continue to accuse Cosby of rape and sexual assault, it becomes increasingly impossible to ignore the apparent reality of the situation. However, because the country's backwars approach to dealing with such crimes, it unfortunately takes the accused man himself to finally get people to pay attention.