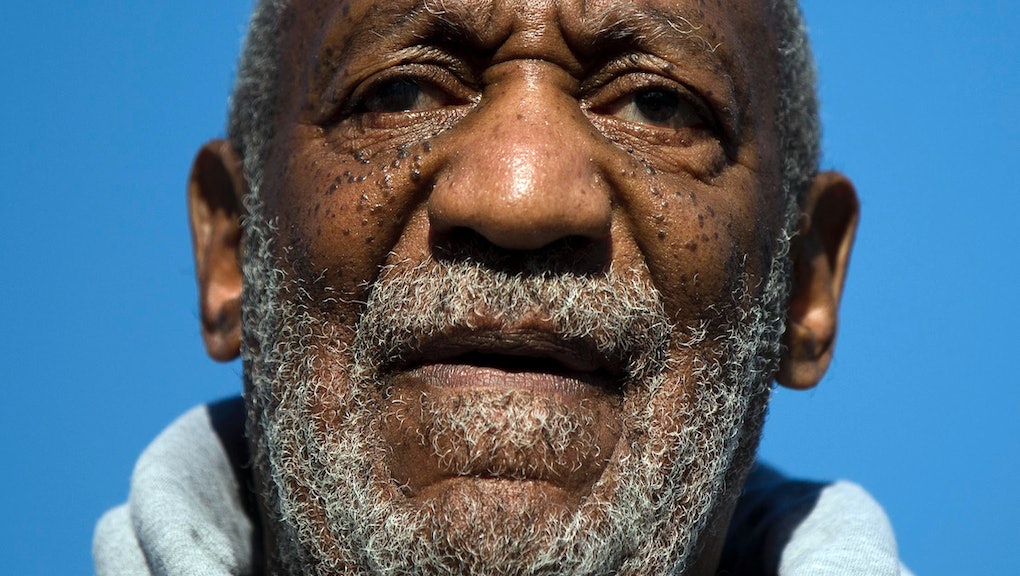 The revelation Monday that Bill Cosby admitted to obtaining Quaaludes with the intent of giving them to young women — and drugging at least one individual — was indeed shocking. But it should have surprised no one, as dozens of women have come forward asserting just that.

That it took Cosby's own admission in an unsealed deposition from 2005 to confirm what so many have insisted for so long indicates we need to seriously re-evaluate how we view, treat and validate survivors of assault. Here are four damaging behaviors evident in the treatment of Cosby's survivors and why we must reverse them immediately.

"Don't you do a kit when you say someone has raped you?" Whoopi Goldberg asked on the View in response to Barbara Bowman's accusations against Cosby. "Isn't that the next step once you make an allegation?"

Goldberg was not the only person to question the survivors who came forward against Cosby — or effectively do so by defending him. It's not only morally conscionable to believe survivors, though, but logical: According to the FBI, only 2% to 8% of rape allegations are false.

Many have also argued we live in the context of a rape culture" — or "a culture in which sexual violence is considered the norm — in which people aren't taught not to rape, but are taught not to be raped," according to BuzzFeed. As egregious as this reality is, one has to seriously question why any individual — let alone dozens — would publicly identify themselves as survivors of assault in a culture that then blames and shames them for their experience.

As Zerlina Maxwell wrote in the Washington Post, "The time we spend picking apart a traumatized survivor's narration on the hunt for discrepancies is time that should be spent punishing serial rapists."

"There are ways not to perform oral sex if you didn't want to do it," CNN's Don Lemon told Joan Tarshis, one of the women who came forward against Cosby. "Biting," he said.

Though particularly crude, Lemon's comments point to a much broader attitude that far too many survivors face when they come forward: They are blamed for failing to prevent the crime committed against them.

Studies show this attitude is horrifyingly common: 54% of women who responded to a 2010 survey said victims should be held at least partially responsible for their rapes. Survivors have anecdotally confirmed this as well. For example, when activist Annie Clark reported her assault at the University of North Carolina at Chapel Hill, she recalled in a Huffington Post piece, an administrator said, "Rape is like football, if you look back on the game, and you're the quarterback, Annie... is there anything you would have done differently?"

We don't blame the victims of other crimes, like robbery. And yet, we take every opportunity to blame survivors of sexual assault — whether at the hands of Cosby or not.

While some have only recently come forward, the truth is women have been accusing Cosby of assault for years. It wasn't until men — most notably, comedian Hannibal Buress — recently redirected attention to this fact, though, that people began to pay attention.

"Over the years, I've struggled to get people to take my story seriously," Bowman wrote in the Washington Post of her fight to seek justice against Cosby. "I first told my agent, who did nothing ... A girlfriend took me to a lawyer, but he accused me of making the story up. Their dismissive responses crushed any hope I had of getting help. I was convinced no one would listen to me."

Bowman's experience is unfortunately common, and likely one of the reasons that 68% of sexual assault survivors will never report the crime and 2% of reported rapists will ever see a day in jail, according to the Rape, Abuse and Incest National Network. Cosby's recent admission, therefore, is proof that Bowman and so many others should have been taken seriously from day one.

4. There is no perfect victim.

Survivors don't react to or contend with the experience of surviving in a universal way. Research shows survivors of trauma may react in different ways — including guilt, anger, depression and embarrassment — and therefore shouldn't be expected to follow a universal script of conduct.

Yet that is largely what has been expected of Cosby's survivors. Because they did not fight back (or, as Lemon apparently expected, bite back), because they didn't immediately seek a rape kit, or simply because their stories are seemingly incompatible with Cosby's public image, they have been widely mistrusted and their accounts doubted.

But expecting survivors to act universally is not only illogical, it's highly damaging. One in five women in the United States has been sexually assaulted, according to a 2011 survey by the National Institute of Justice and the Department of Defense. And that relatively vast population is paying attention to the public perpetuation of these attitudes and behaviors.

As activist and author Jaclyn Friedman told the Washington Post in December, "By loudly disbelieving Cosby's accusers, no matter how unlikely it is that they are all lying, we are telling the survivors in our own lives, that we don't believe them either."