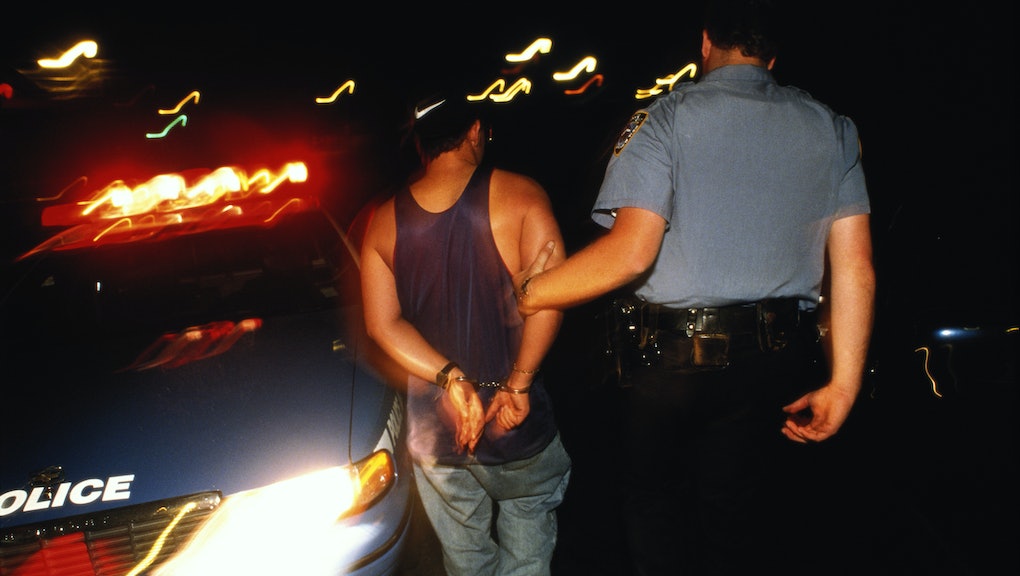 In the 1990s, President Bill Clinton oversaw a vast expansion of mass incarceration and the gutting of the country's welfare system. In a political era during which there was little daylight between Democrats and Republicans on crime and welfare, he signed off on legislation that made sentencing more brutal, accelerated the war on drugs and made the government far less supportive of the poor.

One particularly stunning provision that became law during that time managed to combine the worst elements of this constellation of policies: convicted drug offenders were banned from receiving food stamps or welfare benefits for life, even after serving time in prison.

But the power of that policy has eroded significantly over the years, and there are signs it may even die out altogether. As Alan Pyke explains in a report for ThinkProgress, Alabama and Texas — both deeply conservative states — have become the latest states in the U.S. to opt out of the law. Their abandonment of the policy signals changing attitudes toward criminal justice laws, which are rapidly becoming primed for more sweeping reform than they have in decades.

The law: The provision banning drug offenders from food stamps and welfare for life was created by Phil Gramm, then a Republican senator from Texas. As Pyke explains, states had to opt out of the policy, and did so or at least modified it quite swiftly, "but for well over a decade the majority of the country's public assistance jurisdictions maintained Gramm's bans in full."

The policy was scarcely debated on the Senate floor, and it slipped into the 1996 welfare reform legislation with little fanfare. While some liberal politicians warned that it could be overly harsh to even minor drug offenders, it ultimately had the support of the establishment at the time. In the 1990s, the American war on drugs was cruising at full speed, and to suggest that people who possessed or sold drugs should be shown leniency was not something that could gain serious political traction.

But the idea that the government should be exceptionally punitive to someone who had been involved with drugs was highly fashionable. Welfare services were gutted on the premise that much of the poor were undeserving of assistance — who more undeserving then those who also used drugs?

The effects of it: Like most of the punitive components of American criminal justice system, the laws banning convicts from government services only exacerbate the problems that they were ostensibly seeking to correct.

In 2013, the Sentencing Project found that the ban, which had a disproportionate and devastating impact on women and people of color, was ineffective as a deterrent for decreasing drug use or criminal behavior, and instead only sunk drug offenders deeper into the dynamic of economic hardship and addiction that so often gave rise to their problems in the first place.

If laws are designed to hobble people after they've already served their time in prison — which already ensures all kinds of discrimination in the job and housing markets — then it seems that they do not operate in good faith.   Just like the way that many states ban ex-convicts from voting for the rest of their lives, the lifetime ban from welfare and food stamps lays bare a philosophy of criminal justice that seeks to debilitate rather than to rehabilitate.

Pyke reports that as of this fall, around 10% of the states will uphold the ban that Texas and Alabama have struck down (albeit imperfectly). Hopefully that number will quickly dwindle further.