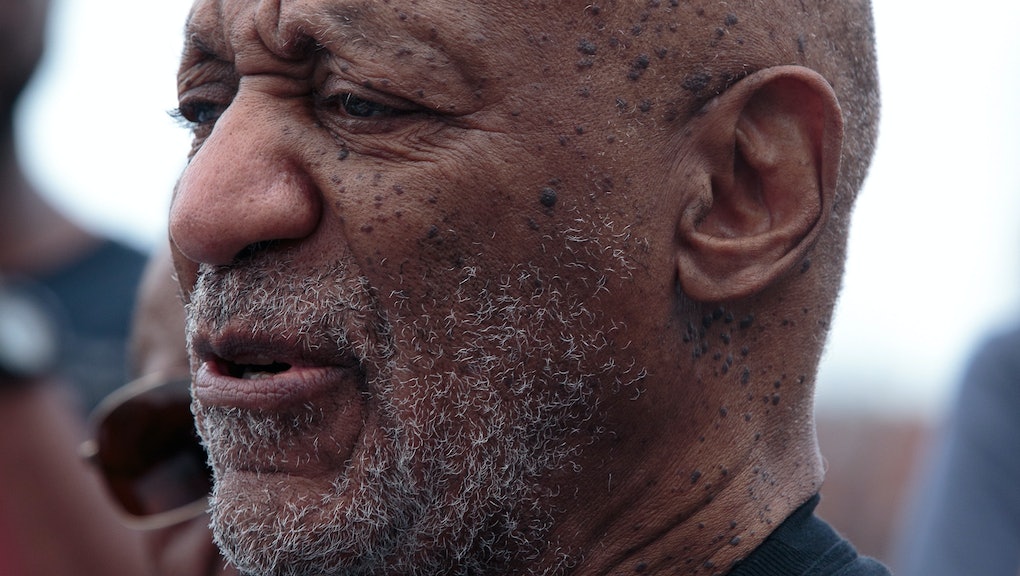 America Is Really Good At Protecting Men Who Abuse Women

Here's something America is really good at: Protecting men who abuse women.

After 10 years of sustained sexual assault allegations about encounters reaching back to the 1960s, it took male comedian Hannibal Buress' public admonishment to land the decisive blow against Bill Cosby's popular image.

Women had been telling us for years. Since 2004, 14 had come forward with horrific allegations, all reflecting a pattern in which Cosby — beloved sitcom star and dogged respectability politician —  drugged them, fondled them, raped them and, most recently, hired a special public relations team to discredit them. Once Buress' routine picked up steam last fall, that number ballooned to at least 39, with some estimates reaching 48.

We didn't listen to these women.

But now that documents have gone public showing Cosby, in 2005, admitted to obtaining Quaaludes for the express purpose of drugging them, even the most doubtful are forced to admit our defense of the man may have been misplaced.

It should not have taken us this long. Although anti-Cosby backlash has reached its apex over the past year, these allegations are not new. Nor is their negligible effect on his career: Despite, once again, dozens of women coming forward and saying, "This man drugged and sexually assaulted me," The Cosby Show was still enjoying a syndicated run on TV Land up until November 2014. NBC and Netflix were developing new projects starring Cosby until not long after.

And the allegations weren't a secret at the time. Nor was this country's high tolerance for men who abuse women, meaning the stakes of proceeding with these projects were relatively low.

We live in an era where one in 6 American women is the victim of attempted or completed rape in her lifetime. The National Sexual Violence Resource Center suggest only 2% to 8% of rape accusations are false. Yet a majority of rape prevention rhetoric focuses on what women can do to keep from being raped — not what men can do to stop raping them.

Just ask R. Kelly, who sold millions of albums and worked with countless willing collaborators, even after marrying a 15-year-old girl and videotaping himself raping and urinating on a 13-year-old girl. Or fashion photographer Terry Richardson, who has been accused of sexually abusing at least five women but still gets work from Beyoncé, Miley Cyrus and countless others — work that appears in the likes of GQ magazine and gets gobbled up by willing consumers.

Ask Floyd Mayweather, who beat up at least five women, including his son's mother — the details of which are documented in a chilling note the then-10-year-old wrote to the Las Vegas police department in 2010 — then went on to make $200 million for his fight with Manny Pacquiao in May, fueled by millions in ticket sales and Pay-Per-View purchases.

Or ask Charlie Sheen, whose history of allegedly assaulting, abusing and threatening women spans two decades but didn't stop him from becoming the highest paid actor on TV during his tenure on CBS' Two and a Half Men, one of America's most watched shows.

The list goes on. Cosby is just the latest in a pattern of men at whom networks, corporations and consumers keep throwing money despite their histories of abusiveness. Perhaps Cosby's 2005 admission is enough to quell his defenders — though many persist regardless. But given America's history of materially supporting men in Cosby's position, even despite knowing what they've done, it's clear that we, too, are part of the problem.

And until we recognize that Cosby is not unique — that, like many in his position, his enduring success and tacit absolution are products not just of our lacking proof, but of our collective, willful ignorance and support — this will continue to be true. Our silence has been our complicity. We must stop making the same mistakes.