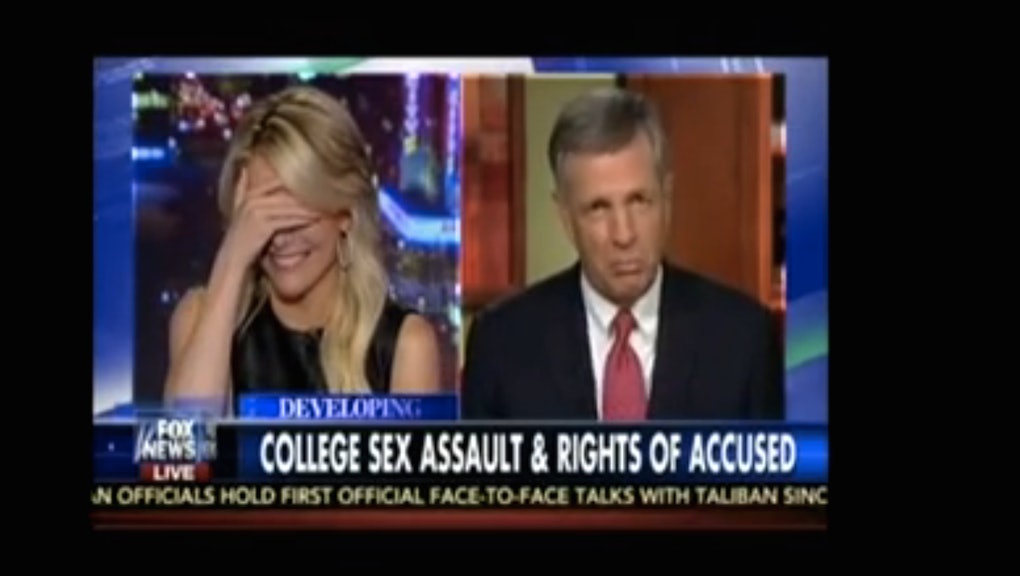 Megyn Kelly, largely regarded as one of the few rational voices on Fox News, took a decidedly aggressive stance on Tuesday's Kelly File, arguing New York's affirmative consent law, which Gov. Andrew Cuomo signed Tuesday, is taking America to a place "where we almost entirely eliminate the rights of men."

Kelly argued while "it is important to improve the rights of women who are victims of sexual assault on college campuses" — not to be confused with all women — the law is an attack on men and their basic rights.

Guest pundit Brit Hume joined Kelly in her outrage. "It suggests that the people who are drawing up these new plans for how consent is to be given have never had any sex," he said. "Because, you know, you kind of don't want to stop each stage along the way, to give each other bulletins about the level of your consent."

This unfortunate turn society has taken is, according to Kelly, the fault of the anti-men Obama administration. "There's a presumption now in these campuses, thanks to the Obama administration, of guilt," she said. "And if you are a young man who gets accused, it's your burden to go in there and prove consent ... And if you don't, you're gonna be presumed a rapist."

Kelly's stance against codifying affirmative consent perpetuates resistance to laws designed to mitigate the epidemic of campus rape. Around 20% of female freshmen will be raped in their first year of college. The percentage is in large part so high due to lack of accountability for rapists. In the absence of infrastructural overhaul, such as Cuomo's consent legislation, the problem will continue. Protecting women should not be interpreted as stripping the rights of men.