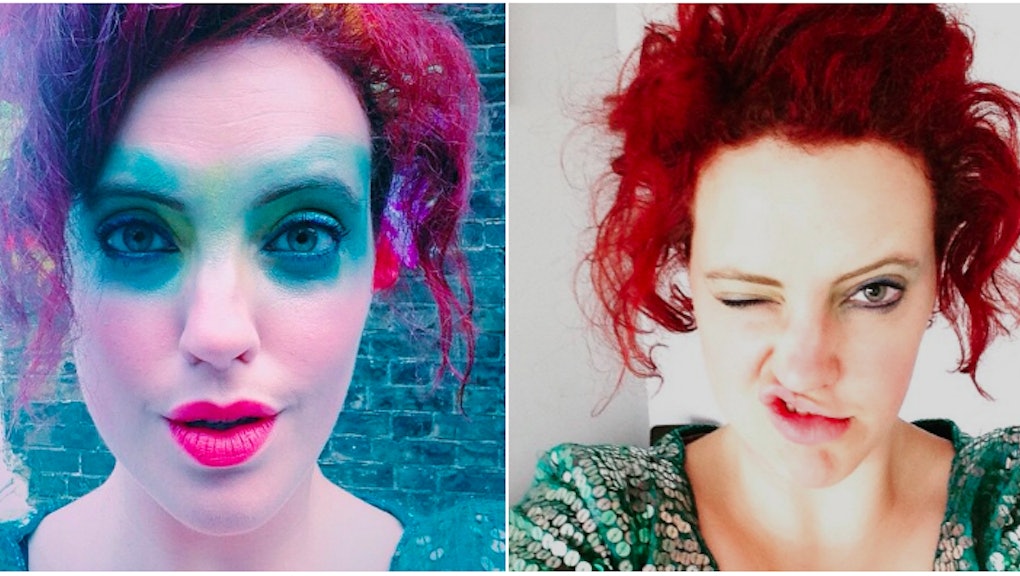 If you've ever been trolled by creepy dudes on dating apps, 30-year-old blogger Michelle Thomas is about to become your new hero:

Thomas is having a big Internet moment right now thanks to her kickass response to a dude who, after one date, told her that while he liked pretty much everything about her, he "gets turned on by someone slimmer."

The full text of the man's comments to her are posted on her blog, but here's sample a sentence: "Whilst I am hugely turned on by your mind, your face, your personality ... I can't say the same about your figure."

While Thomas could've easily ignored the troll, she decided to put him on blast by writing him an open letter.

"You don't have to fancy me," she wrote in the post. "We all have a good friend who we look at ruefully and think 'You're lovely, but you just don't tickle my pickle.' We wish we were attracted to them, but our bodies and our brains don't work like that. And that's fine ... what isn't fine is the fact that, after a few hours in my company, you took the time to write this utterly uncalled-for message. It's nothing short of sadistic. ...

Thomas' experience is by no means isolated. She's one of many women who have responded to men's online dating body-shaming antics by calling them out online, often to hilarious effect. Here are a few of the badass responses that women have served to Tinder and OkCupid trolls.

Let this be a lesson to you, men: If you don't want to be put on blast on the Internet, it's best not to mess with these ladies.

1. This woman who responded to a "you're too fat for me to date" text with a photo of her eating a burrito bowl.

2. This blogger who responded to a dude telling her to lose weight because he was "concerned" about her health.

3. This Tumblr user who posted eight consecutive belly shirt photos after a troll told her she shouldn't show her stomach.

4. This girl, after a guy told her she had "a chubby face" and "thicker arms."

5. The Tinder user who called out this dude for being "the biggest jerk on Tinder":

6. This Tumblr badass who was all, "I have to admit, you are quite a douche."

8. This awesome lady who reminded us size and beauty have nothing to do with each other.