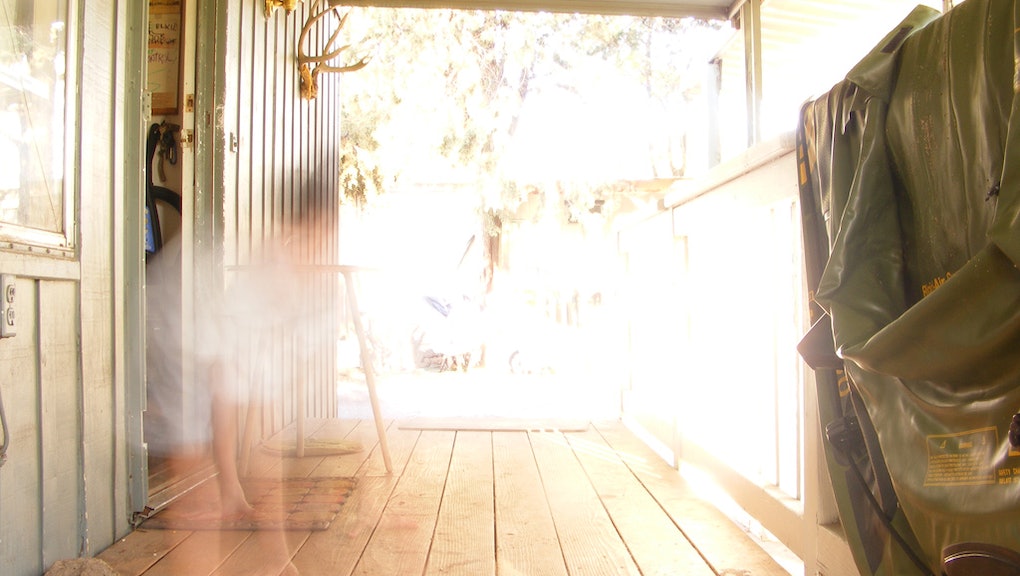 Admit It — We All Have Legitimately Good Reasons for Ghosting

That was the last thing Sam* ever said to me.

Sam was a gentleman suitor I met in theater camp when I was 16. He had something of a reputation as a Lothario (as much as a teenage theater kid can be a Lothario). After camp, our flirtation moved to AIM, where he told me I was sexy and sent me his awful demo tapes. We eventually met up on a busy Manhattan street and ducked into his parked Honda to fool around before grabbing falafel.

I don't remember what we talked about in our last AIM conversation, but I do remember how it ended: "Haha," he said before abruptly signing off. I never heard from him again.

I wasn't particularly devastated by Sam's abrupt departure. He was boorish and arrogant, and it was tiresome trying to come up with nice things to say about his music. ("I liked the way you rhymed 'be' and 'see.' That was... cool" is a thing I actually said.) But I did find it perplexing he'd spent months conversing with me only to disappear into the ether, leaving nothing but a "haha" in his wake. I wondered if he'd been offended by a joke I made, or by the fact that I'd missed a bikini wax last month.

But of course, I had done nothing wrong. I had simply been ghosted.

"Ghosting" describes the act of disappearing without a trace after a romantic encounter, and it applies to all types of partners — from the one-night stand from Tinder to the commitment-phobe who dumps you on Instagram after six months of dating. The phenomenon has convulsed us, most recently popping back up in headlines after Charlize Theron reportedly broke up with Sean Penn by ghosting him. The news prompted the New York Times to publish a ghosting explainer, which concluded that the advent of apps like Tinder and Grindr have made ghosting more socially acceptable.

But ghosting isn't limited to millennials, nor is it a product of the iPhone era, as my AIM saga demonstrates. In fact, emotionally unavailable men and women have likely been hooking up and disappearing from each other's lives since before the Neolithic Era.

Because really, as someone who has both been the ghosted and the ghostee, I'm not convinced the debate around ghosting is really that complicated. Ghosting is an understandable (if not totally sensitive) approach to ending a relationship, reflecting our natural human awkwardness. In fact, in some cases, ghosting is not only the best way to cut things off with someone you're dating — it's the only way.

Ghosting is more merciful than an emotional in-person breakup.

"To make a dramatically exaggerated comparison, it's supposed to be easier to get through an interrogation if you say nothing at all," Hero, 23, told Mic. "But once the conversation starts, it's easy to find yourself saying and doing things that you'll regret." He said ghosting someone you've been dating for only a few weeks is "like a 'cut your losses, get out before oxytocin makes it impossible' thing."

Sometimes, it can be kinder than outright rejection.

Ghosting is often framed as a wimpy move that only emotionally stunted people do to avoid confrontation. But as far as rejections go, avoiding the face-to-face may be kinder. As Nico Lang put it on the Daily Dot, "While ghosting is frequently criticized for the ambiguity involved in fading out, there's little that's subtle about silence, which can be the loudest possible response." The not-so-subtle message: I'm just not that into you.

That's a message you might not want to get in person, nor does the dumper want to deliver it. Rose*, 28, thinks ghosting is often preferable to outright rejection, compared to other arguably passive-aggressive breakup methods like the text message breakup.  "Would people really enjoy a text saying, 'I'm not into you?'" she told Mic. "Rejection sucks, no matter what form it takes."

Ghosting avoids awkwardness and guilt, for both the dumper and the dumped.

While Elizabeth, 28, told Mic she felt bad about ghosting her ex, she said she felt too awkward and emotionally immature to deal with the "big breakup talk."

"When I've been face-to-face dumped versus ghosted, I act pretty embarrassing," she said, adding that she tends to behave like "a babbling, whiny crying baby. I will do a lot to avoid that, I guess." Ghosting avoids the unnecessary histrionics — and also shifts the guilt and blame away from the dumper entirely.

"I guess that it's pretty selfish, [that] it puts the ball in the person who's being broken up with's court permanently," Elizabeth said. "It feels like they made as much of a decision in the break-up as you. I mean, they didn't — you sort of silently bully them into it — but it feels like they had a say."

It's the clearest way to make your non-romantic, post-sex intentions known.

In a perfect world, we'd all walk around wearing signs around our necks declaring if we're interested in a relationship or casual sex, so as to avoid confusion for potential suitors. Pending that fashion trend, we face tons of ambiguity. But ghosting after the horizontal encounter can make it clear.

"I think men are afraid to say they want a one-night stand [because] they're conditioned to think women all want serious relationships," Rose said in an email to Mic. But instead of grudgingly following up with a courtesy date offer, ghosting makes the intentions loud and clear: I'm interested in sex, and nothing more.

If you're the type to throw extremely breakable objects at your significant other's head when angered, ghosting might actually be a safer breakup route to a possible future friendship.

Take Elizabeth, who forced her ex to break up with her after weeks of ignoring his calls and texts. "I'm pretty friendly with my exes I ghosted. We went through a not-so-friendly period, but we're OK now for the most part," she told Mic. She attributes that to the fact that they "didn't see me totally melt down like a moron in public. So now when I run into you in six months, it won't be as crappy." In fact, she's still in touch with the guy who broke up with her over email. Last week, she said, they got pizza.

It gets the truly awful creeps out of your life.

Rose learned the value of ghosting firsthand after she met a guy in a club. "We danced and I gave him my number and we had a few texts back and forth, but he started texting and calling all the time, and at really inappropriate times, like 9 a.m., when I just got to work, or midnight," she said.

At first, she was polite. But then his messages "got more intense," so she started ignoring him. "Eventually he texted me, 'If you don't reply it's over,' which, like, we hadn't even met up again," she told me.

Federica*, 31, had a similar experience with a standup comic she dated for a few months who eventually became abusive and made threats on her and her family. "I blocked him in every possible way, so he got his friend to start texting me," she said. "Then on his birthday, I got a voicemail from him from an unknown number."

If someone ghosts you, the relationship probably wouldn't have worked out anyway.

With all the methods we have for screening undesirable suitors — Google-stalking, Facebook-stalking, even paying for professional background checks — ghosting is just another way of separating the wheat from the chaff.

When I think back to my first encounters with Sam, from the late-night AIM wooing to his shitty demo tapes, one thing is painfully clear: Beyond my half-hearted desire to see the shape and size of his penis, I didn't really like him at all.

When I think about the final "haha," I don't feel hurt, but rather relieved. Sam ghosting me spared me months, if not years, of wondering what I had done wrong: if my face hadn't been pretty enough, if my body hadn't been good enough, if my genitals hadn't been smooth and bald and Irish Spring-clean enough. By ghosting, Sam made it clear: I had done absolutely nothing wrong. He was just an asshole who wasn't into me.

And that's a lesson that every other man and woman agonizing over being ghosted would do well to learn.