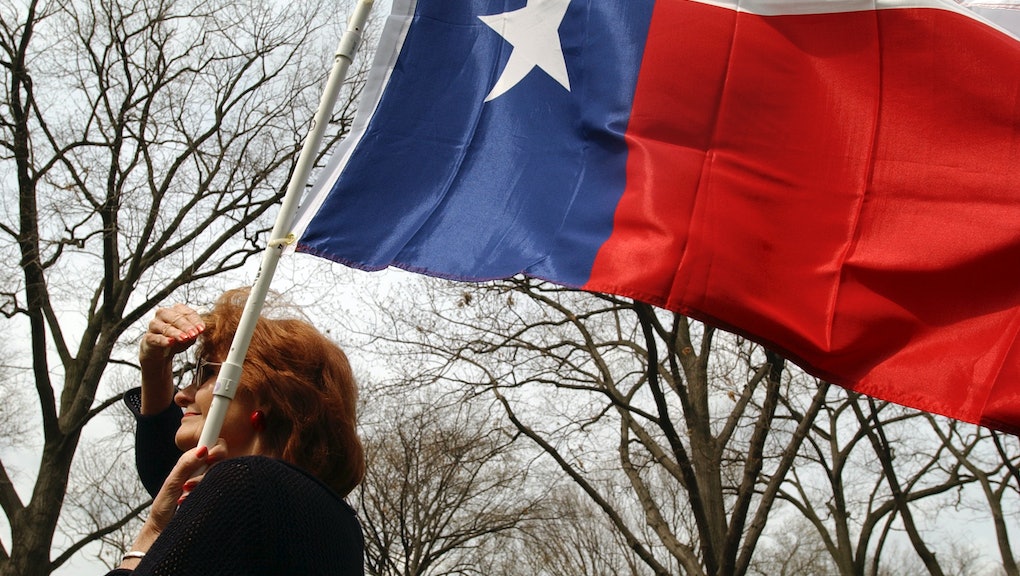 Everything's bigger in Texas — including the gap between reality and what state officials want their kids to learn in school, apparently.

The Washington Post reported over the weekend that Texas' new social studies textbooks will not mention, A) Jim Crow laws, B) the Ku Klux Klan or C) the primary role slavery played in launching the U.S. Civil War.

Besides relegating generations of Texas kids to "most exasperating dinner guest imaginable" status, this move all but guarantees the ongoing misrepresentation of what the Civil War and, by extension, the Confederate flag were really about.

That's just the beginning: The only mention of segregation in the Texas Education Agency's new standards at all refers to desegregating the U.S. armed forces after World War II. Slavery, meanwhile, is identified as a tertiary cause of the Civil War, after sectionalism and states' rights.

The Washington Post reports that this ordering was an intentional attempt to de-emphasize slavery's role. Children will also be required to read Confederate President Jefferson Davis' inaugural address, which does not mention slavery once, and contrast it with Abraham Lincoln's. States' secession declarations will not be included, despite their often explicit emphasis on slavery.

None of this is particularly surprising, given the 2010 Texas Board of Education vote that implemented a curriculum "stressing the superiority of American capitalism, questioning the Founding Fathers' commitment to a purely secular government and presenting Republican political philosophies in a more positive light," according to the New York Times.

But that doesn't make it less troubling. In its 2011 review of nationwide education standards, the Thomas B. Fordham Institute gave Texas a "D" grade, adding:

"[The] document distorts or suppresses less triumphal or more nuanced aspects of our past that the Board found politically unacceptable (slavery and segregation are all but ignored, while religious influences are grossly exaggerated). The resulting fusion is a confusing, unteachable hodgepodge..."

Texas, where 11.6% of the population is black, 38.2% is Latino and 44.4% is white, will likely influence curricula in other states, as this state alone is involved in the sale of 48 million textbooks each year, influencing publishers across the country. According to the National Education Association, no other state aside from California has that much influence in the textbook world.

These new standards have been the subject of heated debate for years. Now they are the lessons more than 5 million Texas students will be taught for the foreseeable future. The changes go into effect in September. God help us all.