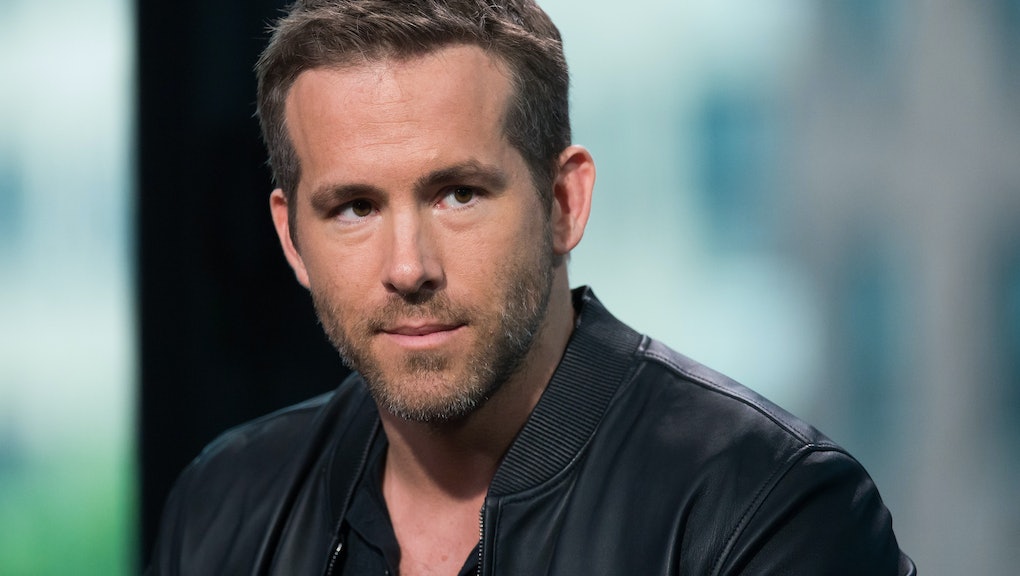 Sexting can be fun. It can be sexy. It can be a way to bond. That is, it can if both people on each end of the phone are into it.

An unsolicited dick pic, on the other hand, is more than just an awkward surprise — It's a threat. Ryan Reynolds pointed that out this week in an interview with Conan O'Brien, while explaining his lack of interest in sexting.

Reynolds is right on two counts: First, plenty of women simply don't find dick pics sexy. The second, and more important point, is that unsolicited nudity — which is what unrequested dick pics are — is essentially sexual harassment.

Sending an unsolicited dick pic is akin to flashing a woman on a street corner or train. When a guy literally thrusts himself uninvited into a woman's space, it puts the onus on her to stop the uncomfortable moment. As for why this happens, it usually involves a self-absorbed man assuming that the recipient will enjoy his junk on her screen — or, perhaps worse, not thinking about what the woman wants at all.

And in case you were wondering: Yes, there are men who do this.

The Internet is filled with women's testimonies and photos of the dick pics that have so unceremoniously  fallen into their inboxes. One woman, Janet Silverman, brilliantly compiled 89 such pictures for a hilarious video that highlighted the absurdity of it all. Another woman responded with an applause-worthy list of insult after insult about the guy's member ("Your dick looks like a hot Cheeto with the powder licked off") adding for good measure, "Do you not think before you sexually harass females??"

On a more serious note, last year Canadian authorities introduced an app called Send This Instead that gives teenagers autofilled responses to send when they get unsolicited sexually explicit texts, including "okay TTYL (Talk to Your Lawyer)."

Or, you know, you could just shoot the junk-sender a link to Reynolds' video comparing dick pics to terrorism. That would shut him down fast.