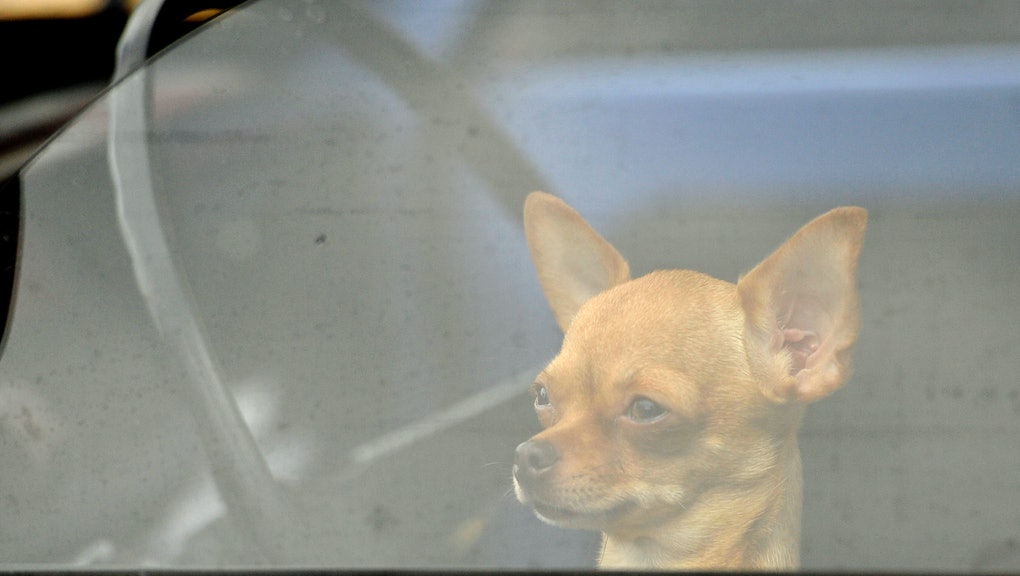 Thanks to an amendment to an existing law, starting this month, Tennesseans will be legally permitted to break into a hot car to saved a trapped animal's life. The statute, which previously only applied to saving humans, no longer holds people civilly liable for damages if they break into a hot car to rescue a distressed animal, WKRN-TV reported.

"You put a pet in a car or a child in a car and you have the windows up and it's like an oven, and they can die in 10 minutes," Dr. Craig Prior, of the Murphy Road Animal Hospital, told WKRN.

Even cracking the window is often not enough to prevent heatstroke and death, most of which goes unreported.

"We collectively as a society have a responsibility to take care of our families, and that includes domestic pets," Dana Pungello, director of communications at the National Academy Foundation and "proud mother" of a 9-year-old American Labrador, told Mic. "To dog owners, dogs are family and they should be treated as such."

The law, however, is not without its limits. To be covered under its protections, prospective good Samaritans must make an attempt to find the car owner and notify police before taking out the windows.

The Tennessee decision is the latest in a string of animal protection laws and rulings that have cropped up around the United States in recent months. In March 2014, South Dakota became the final state to update its laws to make animal cruelty a felony offense. Meanwhile, in New York, two chimpanzees were briefly declared legally human in April when a state Supreme Court justice granted them a writ of habeas corpus. The justice reversed herself several hours later.