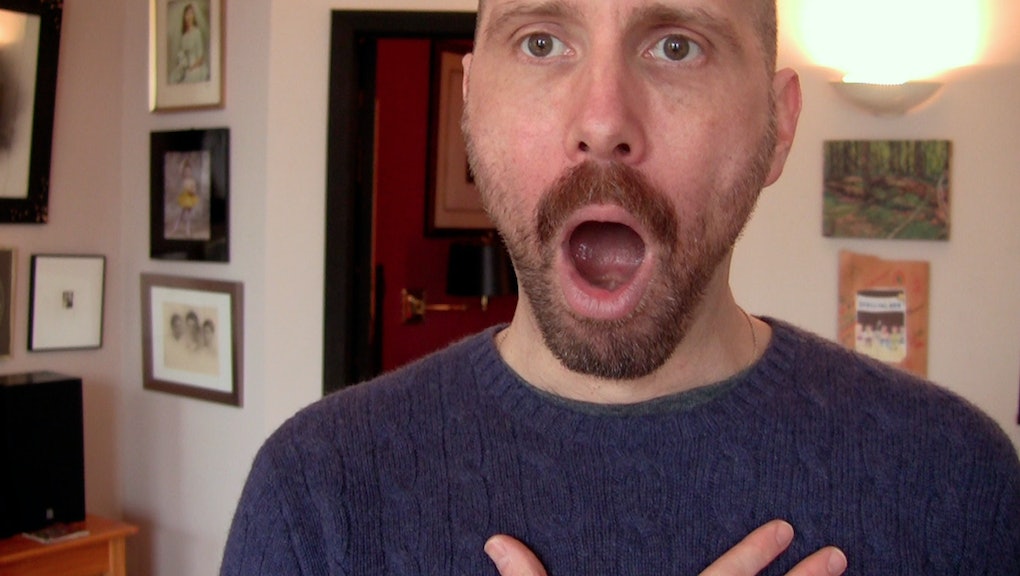 A New Documentary Proves Why "Gay Voice" Is to Be Embraced, Not Discarded

What does it mean to sound gay? A new documentary seeks to answer that question. Along the way, it answers a far more important one.

Do I Sound Gay? is the new movie from filmmaker David Thorpe, Kickstarter-funded and featuring high profile talking heads like Project Runway's Tim Gunn, the It Gets Better Project's Dan Savage, comedian Margaret Cho and more. Ostensibly, the documentary is about Thorpe trying to get away from his so-called "gay voice." What makes the movie powerful is how he ends up embracing it.

Thorpe's journey starts with a project: He hates how he sounds. Moreover, he's not sure when he started sounding that way. He visits speech pathologists and interviews high-profile gay celebrities to get their takes. Author David Sedaris' assessment is particularly funny, as he denies that he sounds like a woman. "I think I sound like a very small man," he says.

Yet Thorpe presses on, learning about which words to hit harder than others and how to sound more assertive. But the more he talks to people, the more he finds himself considering the greater question: Why do gay men like him hate the sound of their own voices?

Theories abound; the most popular is that because they were once beaten up for sounding "gay" in school, as adults they resist sounding like that — and in particular, they resist that sound in others.

"For many gay men, that's the last vestige of internalized homophobia, is this hatred of how they sound," Savage tells Thorpe. That, in a nutshell, is where the film's true purpose lies. It's a movie about the trickiest kind of homophobia, because it lies within gay men themselves.

A good stretch of the movie sounds like it validates Thorpe's feelings, which is troubling. Shouldn't the emphasis of this movie be pride and acceptance, not insecurity? Part of the issue is how much the narrative is seen through Thorpe's point of view. The moments where the movie focuses on others, like Sedaris and his partner, or George Takei and his, help make the story feel more accepting.

It's all a bit of a setup, though: Thorpe comes to change his voice ever so slightly, but not by discarding his gayness. Instead, he embraces how he sounds and becomes more confident. It seemingly makes him happier as a result. It's a twist that makes this short documentary (just 77 minutes) worth the watch — this isn't a movie about shame. It's about pride.

This isn't a movie about shame. It's about pride.

With Pride still on the brain just days since June ended, Do I Sound Gay? resonates even more strongly. To see a movie — one that could have taken a surface-level look at a phenomenon — use a personal story to spread a message of self-acceptance is pretty powerful. It may not be the best documentary, but it is an important one for not just gay teens worried about their voice, but anyone who hates an integral part of themselves.

Do I Sound Gay? is in limited release now. Watch the trailer below.