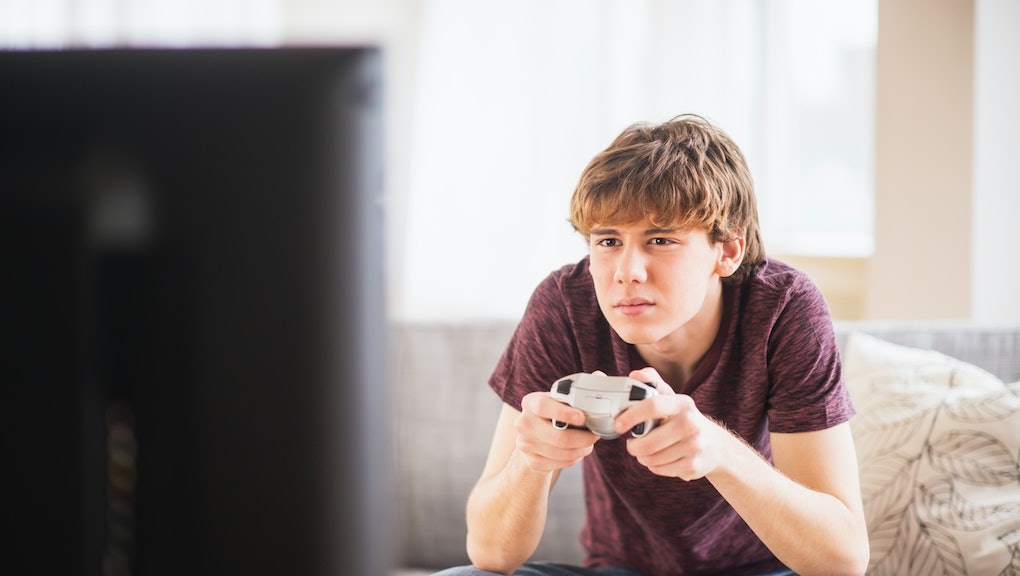 Here's a typical belief about video games: They feature female characters who are often busty, scantily clad, long-haired sirens, there to act as something akin to furniture, while male heroes fight their way through battles and conflicts. Here's another: The male side of the gaming community enjoys these representations.

The first notion may be true, but according to a new study, the second isn't quite accurate.

Rosalind Wiseman, a parenting educator, teamed up with her colleague, Charlie Kuhn, and avid gamer Ashly Burch to document what teen boys think about female video game characters. The results may surprise you.

The numbers: According to their survey, which polled 1,400 middle and high school students from across the United States, 47% of middle school boys and 61% of high school boys agreed or strongly agreed that women "are treated too often as sex objects."

"If women are objectified like this, it defeats the entire purpose of fighting," an eighth-grader named Theo told the researchers, whose findings were published along with Wiseman's commentary in Time.

The percentages among boys who called themselves gamers were even higher, suggesting they're at least aware of the problematic relationship the gaming industry has with women. "Fifty-five percent of boys who identify as gamers think there should be more female heroes in games, and 57% believe that female characters are too often treated as sex objects."

"The video game industry seems to base much of its game and character design on a few assumptions," Wiseman explained, "among them that girls don't play big action games, boys won't play games with strong female characters, and male players like the sexual objectification of female characters."

The problematic representation of women in video games has seeped into some gamers' general perceptions about women.

What was the impetus for a survey like this? Women and gaming were thrust into the mainstream spotlight last fall with the eruption of #Gamergate, an anti-feminism campaign that wore an "ethics in gaming journalism" mask to cover up its misogyny and harassment. But gender issues within the gaming community were around well before this, and women have been pointing them out for some time now.

As Wiseman's survey revealed, a major problems lies in the way the industry and its developers treat both the women who consume their products and the female characters they choose to feature. While women make up roughly 48% of the gaming community, female protagonists in video games are rare; at this year's Electronic Entertainment Expo, for example, only 9% of 76 games had "exclusively playable female protagonists," Feminist Frequency's Anita Sarkeesian reported.

Women have been dropped as protagonists because they supposedly require a good deal of "extra production work." Even when they do make it, they're almost scrapped for men — just ask Dontnod Entertainment, who encountered a number of game publishers that wanted to change the female lead to a man.

But while this study points to good things, it also inadvertently sheds light on the continually problematic perception of women in games. Theo, the eighth-grader featured in Wiseman's piece, had something else to say about female video game characters.

"I would respect the [female] character more for having some dignity," the eighth-grader said.

Absent from Wiseman's piece is any mention of how problematic this statement is. It's a bizarre form of victim blaming: It's as if these fictional female characters — who were created by developers — are real people who "lack dignity."

Putting aside the fact that a lack of clothing should never be equated with someone's lack of dignity, Theo's statement suggests that the problematic representation of women in video games has seeped into some gamers' general perceptions about women. If this is what Theo thinks about a fictional woman, what would he say about a girl his age who chooses to wear a skirt?

There's no doubt that Wiseman's survey returned promising results. But it's not the end of the road for women and gaming — there's still a lot of work to be done.