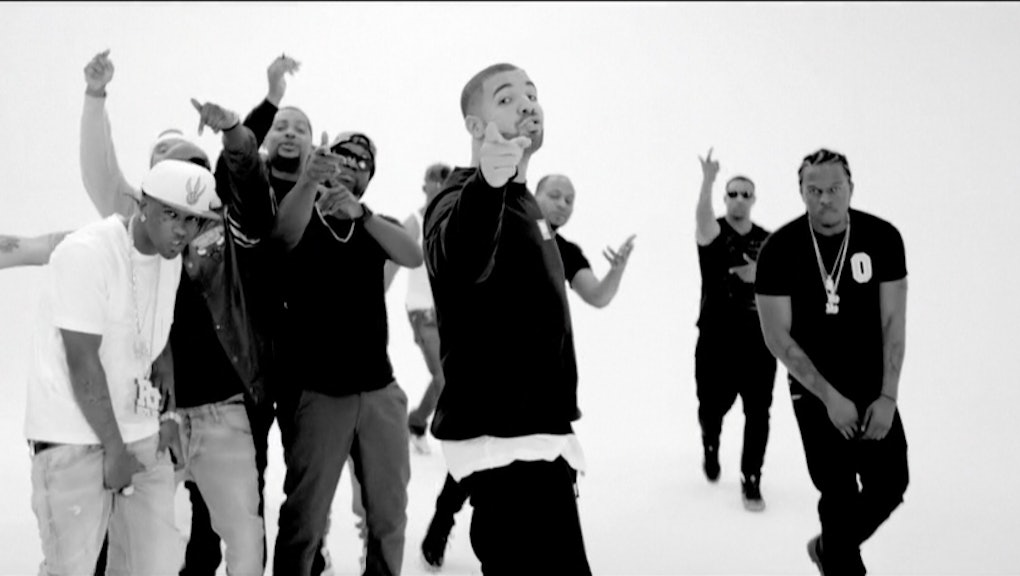 As Drake told us on his single "Energy," he's got a lot of enemies. And with his new video for the song, released as an exclusive through Apple Music, he may have just made a lot more. He parodies pretty much every single pop culture figure, starting with Oprah:

He goes on a little bit of a OJ Simpson car chase:

And clowns around as Rob Ford, the eccentric (read: crack-smoking) former mayor of Drake's hometown.

Drake got the idea from Michael Jackson's "Black or White" video and apparently had the concept knocking around in his head for a while.

"I was like, 'Man, you know, effects have come such a long way. I bet we could do something crazy with this,'" he told Zane Lowe while calling into Beats 1 radio Friday. "And how many people in the world feel like they have enemies? Everywhere you go, there's always someone who wants to pull you down and even celebrity friends of mine or people that I don't know. I want people to rewind it a bunch of times and go and tell someone else to watch it. It's shocking, it's beautiful, it's a lot of things."

It definitely is. Drake also released a new song through Apple Music Friday, "My Love," featuring Majid Jordan. He also announced his own radio show, OVO Sound Radio, which will debut on Saturday, July 12. Drake is truly owning that role as the company's spokesperson, as hilariously disconcerting as some of the above results may be.